Hertha Berlin boss Pal Dardai insists Arsenal loanee Matteo Guendouzi has plenty to learn if he wants to have a long and successful career, claiming he is currently going through 'football puberty'. 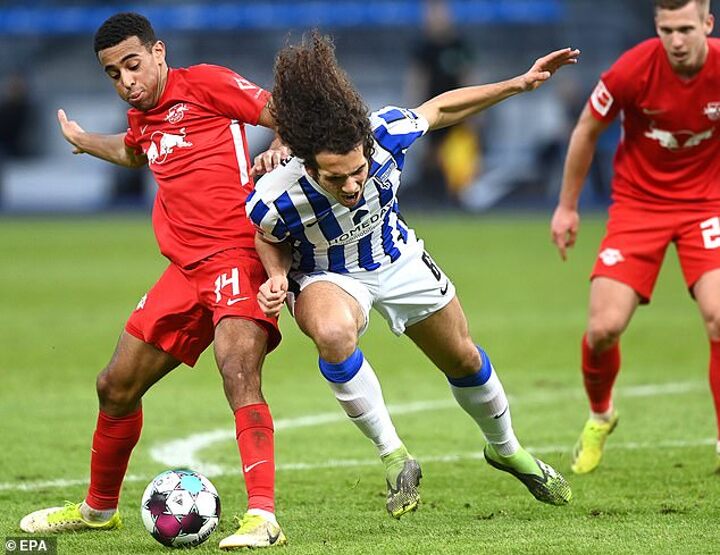 Guendouzi is gaining experience on loan in Germany with Hertha after being frozen out by Arsenal boss Mikel Arteta at the end of last season.

The 21-year-old midfielder has seen his character heavily questioned since joining the Gunners in the summer of 2018, with Arteta shipping him out on loan to develop his all-round game.

And Hertha coach Dardai has admitted that Guendouzi is still a long way off from the level required to reach the very top while claiming he has a rebellious instinct.

Dardai told Bild: 'It's like puberty for him, he's kind of a rebel. He has to work and learn like an animal.'

On the weekend, Guendouzi came in for criticism after going down inside his own penalty area far too easily just seconds before RB Leipzig scored - moments after coming onto the pitch.

And Dardai admitted that he needs to cut that behaviour out of his game as quickly as possible.

He added: 'In training, I always stop these kind of duels because you can't fall to the ground like this. And, afterwards, he's mad.' 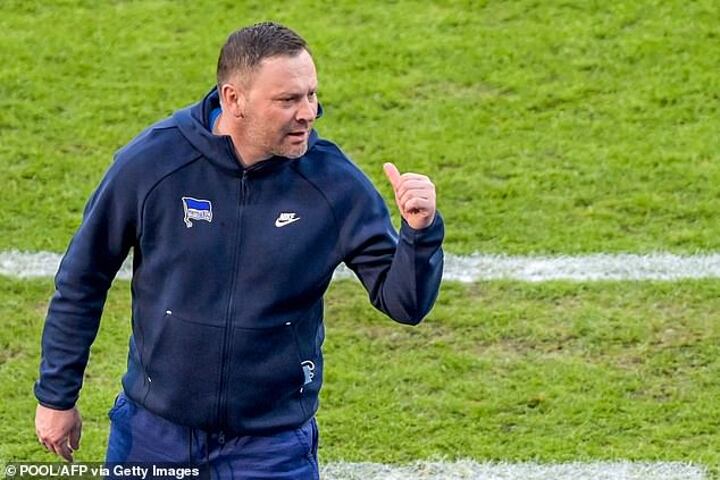 Arsenal will be monitoring the Frenchman's situation very closely in the German capital and will be happy with his amount of game time so far.

The youngster has featured 17 times in all competitions for Hertha so far in what has been a difficult season for the club - sitting 15th, level on points with Arminia who find themselves in the relegation play-off spot.

However, Arsenal will still be wary of his attitude - after he was seen arguing with team-mate Matheus Cunha at half-time during Hertha's 3-0 defeat by Hoffenheim in January.

Arteta had enough with Guendouzi after similar petulant outbursts during his time in north London last season.

Guendouzi was in hot water after he grabbed Brighton's Neal Maupay by the throat just moments after Arsenal collapsed at the Amex Stadium in June last term. 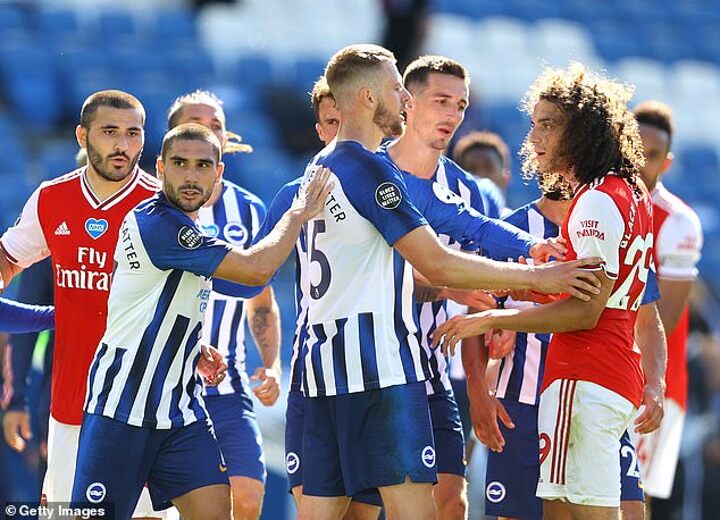 It was also claimed that Guendouzi, who was earning in the region of £40,000-a-week at Arsenal, spent that game taunting Brighton players about the financial disparity between the squads.

Arteta's stand-offish relationship with Guendouzi dates back to a training camp in Dubai earlier last season, where the pair were believed to have clashed after the midfielder had a bust-up with Sokratis.

The Frenchman, who was signed by Unai Emery, was dropped for numerous games following the training camp before eventually being shipped out on loan to Berlin.

Guendouzi knows he must win back the trust of Arteta if he wants a successful future at the Emirates, and he will be looking to keep his head down and listen to the advice of his Hertha boss to get his career back on track. 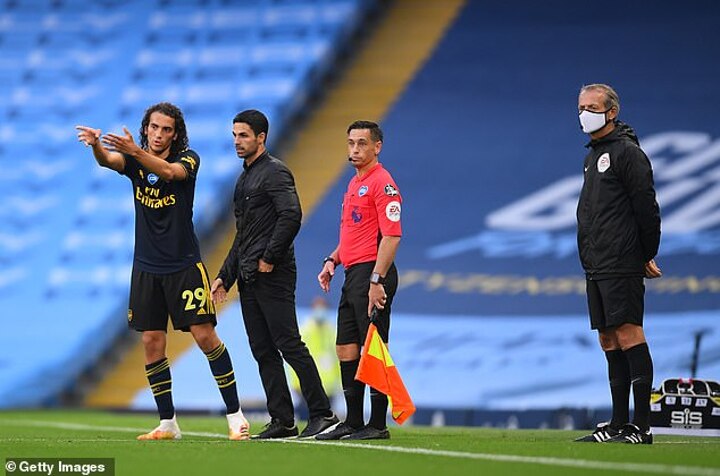