When news of Juventus' £75.2million move for Arthur filtered through, there was a collective intake of breath from across the footballing world. 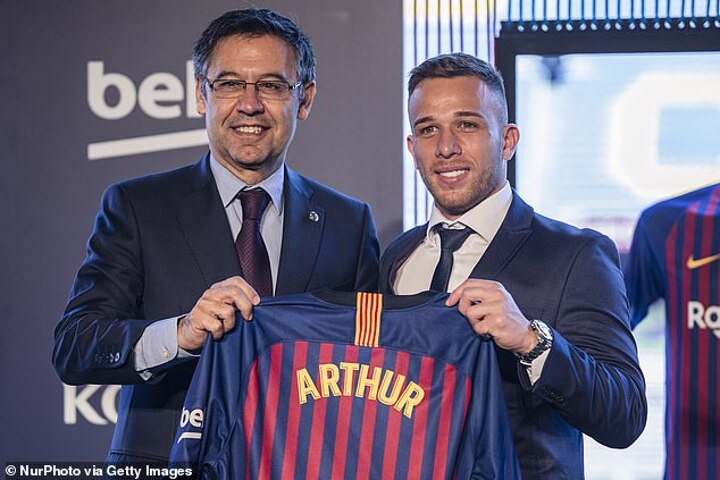 In truth, despite his obvious talent, Barcelona's Brazilian midfielder is far from a household name, outside those who watch him week in, week out at the Nou Camp.

In the post-coronavirus transfer market, many felt fees this summer would plummet, and so there was considerable shock at such a huge sum being agreed for a player who had not yet fully cemented his place in the Catalans' starting XI.

So who is Arthur Melo, the 23-year-old at the centre of the summer's biggest transfer, and why have Barca sold him? Here, Sportsmail takes a look... 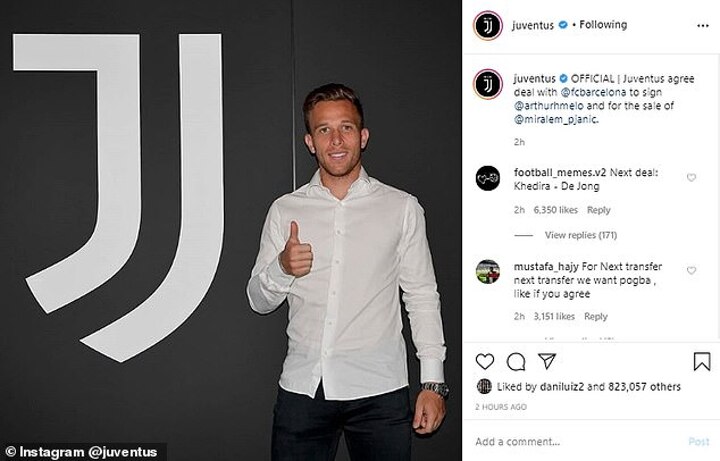 So, who is he and when did he arrive?

He arrived in the summer of 2018 from Gremio in a deal worth £28m. At the age of just 21, Arthur was set to fight for his place in Barcelona's midfield, following in the footsteps of some of the biggest names ever to play the game.

Labelled initially by some as the heir to Xavi's throne, the pressure was on immediately and he had to settle in quickly to life at the Nou Camp.

Before moving to Spain, he had plied his trade solely in his native Brazil, first with his hometown club Goias, and then at Gremio under Luiz Felipe Scolari.

Even in Brazil, he attracted much attention and was likened to Andres Iniesta, with the likes of Chelsea and Atletico Madrid also expressing an interest alongside Barca.

But it was the Nou Camp giants who got their man, reaching an agreement in March 2018 before he finally arrived a few months later, ahead of the 2018-19 season. 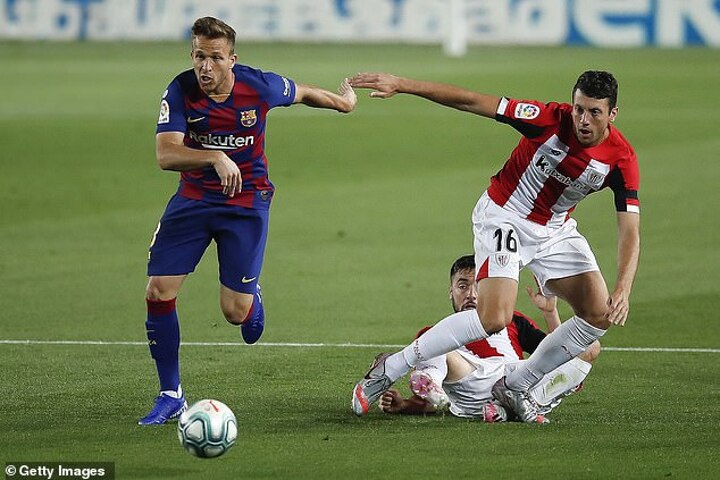 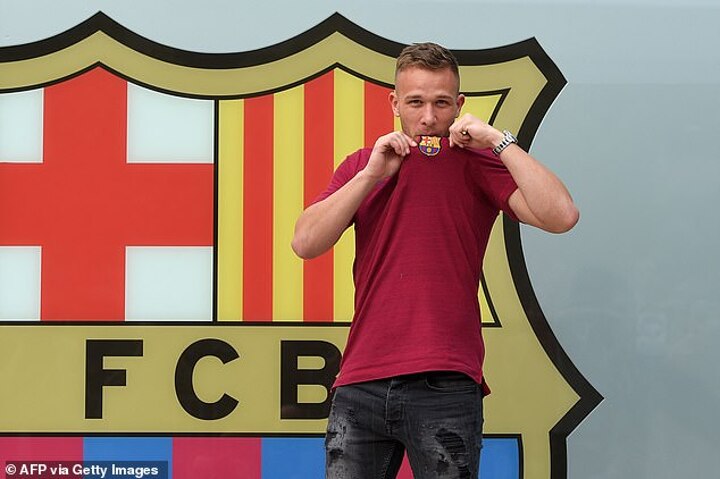 And how has he got on since arriving in Spain?

Of course, it hasn't been all plain sailing for Arthur, who is still a very young player and has had to deal with a significant increase in competition and the pace of the game, all while the spotlight is shining firmly at his feet.

He scored on his debut for the club, in a pre-season friendly against Tottenham, and everything looked rosy with a six-year contract ahead of him.

In his first league start he also registered his first assist, playing the ball through for Philippe Coutinho to score in a routine 3-0 victory over Alaves.

Indeed, it is clear that the talent is there, but at just 23 he still needed time to develop to fully make his mark in the red and blue of Barca. 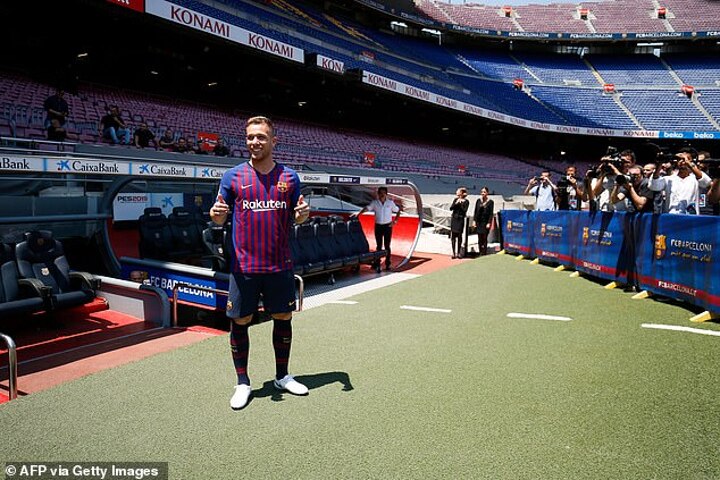 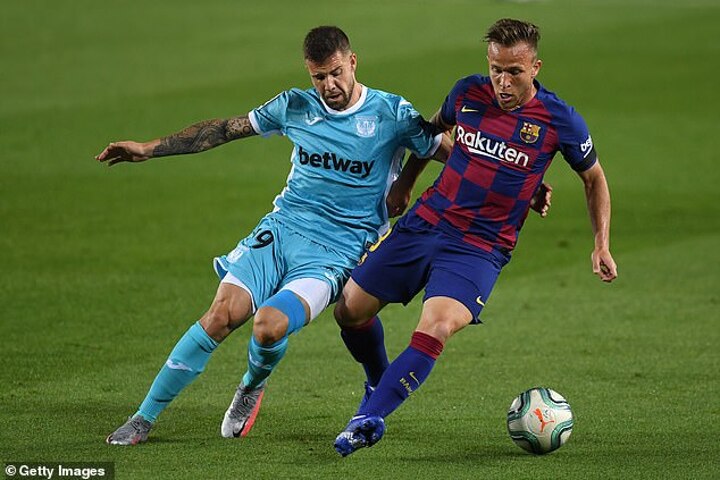 In his first LaLiga season, he started 19 games, coming off the bench a further eight times. This term, his tally sits at 14 starts and seven sub appearances, but he has added his first three goals for the team too.

He hasn't fully nailed down a spot in Quique Setien's starting XI, battling with the likes of Ivan Rakitic, Sergio Busquets and Arturo Vidal for a place in the midfield three.

In fact, he was benched against Sevilla in place of Rakitic last Friday, only to retake his place ahead of the Croatian a few days later. Perhaps frustratingly for the Brazilian, though, it was Rakitic who came off the bench to score the winner against Athletic Bilbao that night. 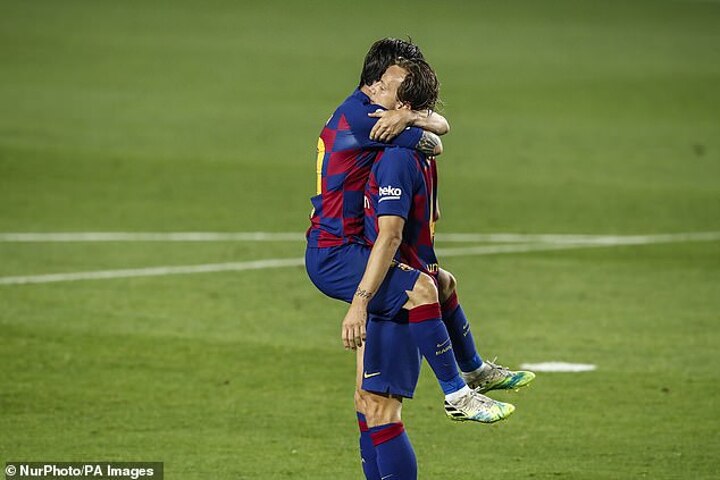 What have people said about him?

Back when Barcelona lost at the Bernabeu earlier in the season, a result which - with hindsight - could turn out to be the downfall of their season and gift Real Madrid the title, Setien came out after the game and reserved praise for one player in particular.

Despite his side's defeat, and pressure rising on his place in the Nou Camp hotseat, the Barca boss was quick to point out Arthur's impact on the game.

He had completed 44 passes in the first half in Madrid, more than any other midfielder on the pitch, and was clearly highly thought-of behind the scenes. 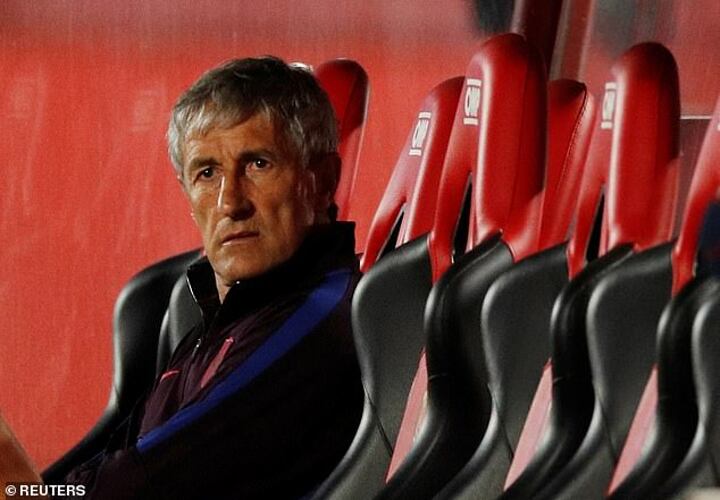 'He is an extraordinary footballer who understands everything,' Setien was quoted as saying at the time.

Within the ranks, there are few bigger names than Lionel Messi and Xavi when it comes to praise, and Arthur has both of those club legends backing him too,

'He is very safe and trustworthy,' Messi said of his South American team-mate. 'He has the La Masia style.'

Xavi noted: 'He is one of those players that we say has the Barca DNA.' 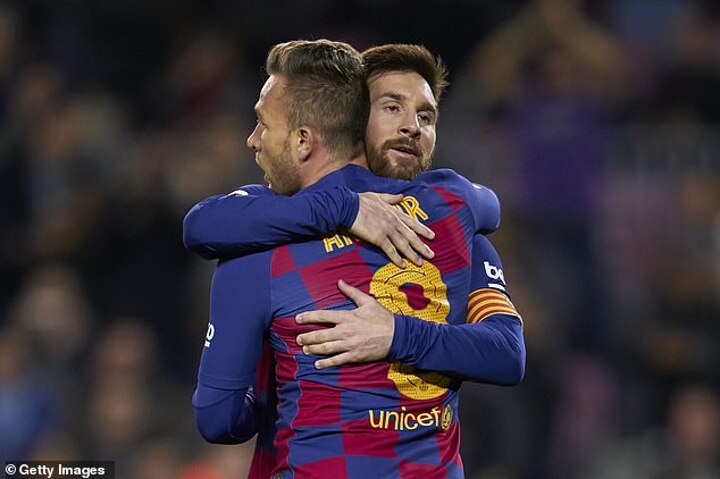 So why have the club got rid of him?

Well, that's where the waters get muddied a little bit. Barcelona's finances are more than a little tight, and the club were desperate to recoup some funds before the summer transfer window

The likes of Ousmane Dembele, Nelson Semedo, Rakitic, Philippe Coutinho and Samuel Umtiti are all up for sale if the right price comes in, and Arthur could just be the first of a long list of exits.

At just 23, the Brazilian was one of the more valuable assets in the Barcelona squad, and from a business point of view, it makes plenty of sense to sell him. 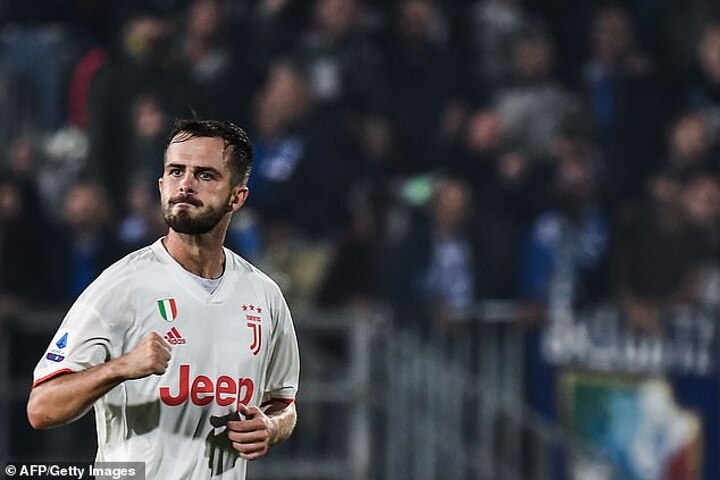 That being said, Barcelona's willingness to sell Arthur to Juventus for £72.5m is also just a way of getting round Financial Fair Play regulations.

Having sold him before June 30, they can now balance the books before the FFP cut-off date, with Miralem Pjanic coming the other way to the Nou Camp.

That said, Barcelona's benefit from such accounting might only be short-term.

For now they will be able to add to their profits during a year in which the club are in dire financial straits due to the impacts of the coronavirus pandemic, but in reality Juventus should benefit more in the long-run, because in real cash terms they will recruit a player who is seven years younger for an outlay of just £9m.

Did he want to go?

It depends who you believe. Reports last Tuesday from Sky Sports claimed that Arthur was desperate to stay and fight for his place at Barcelona, and you could certainly understand why.

He has received plenty of backing from his manager and fellow players - past and present - and with his talent only increasing, the future seemed bright for him in Spain. 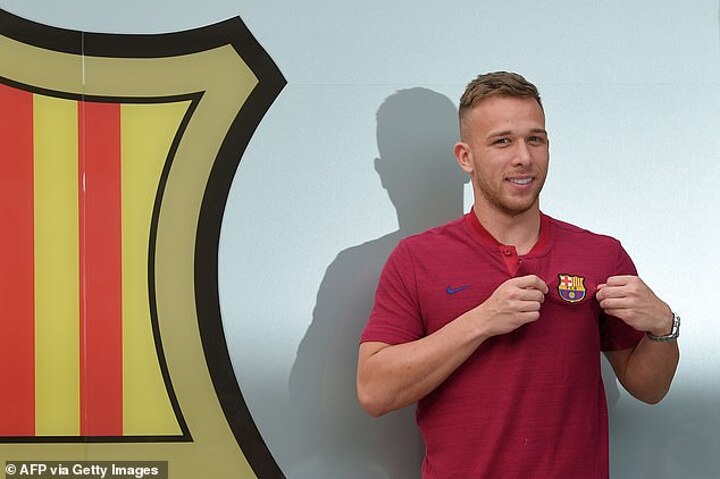 New reports emerged on Wednesday morning in Mundo Deportivo, claiming that his view had softened slightly overnight and that he would accept the move if Barcelona wanted him to leave.

Of course, they did, and he completed his switch to Turin on Monday, with Pjanic being announced a few hours later.

Maurizio Sarri is keen to make Arthur the main midfield man at Juve, and a significant wage increase for the Brazilian will have certainly softened the blow somewhat.