Augsburg will host Freiburg at the WWK Arena on Saturday afternoon in the opening week of the 2022-23 Bundesliga season. 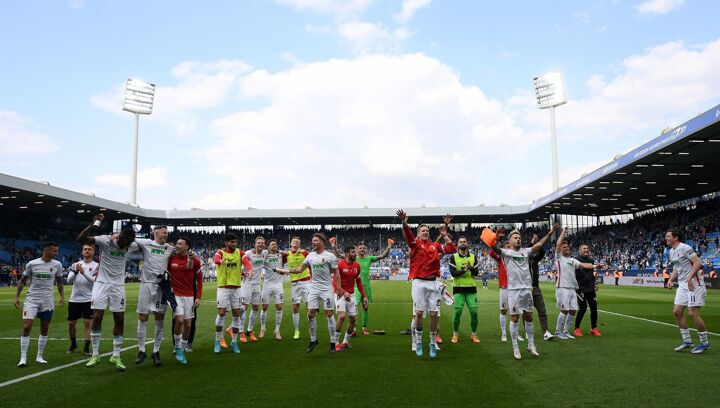 The hosts avoided relegation from the German top flight for the 11th straight year last season under their now-departed manager Markus Weinzierl. They finished 14th in the league with 38 points from 34 games and will hope to put out a stronger showing this season.

Augsburg endured a tough preseason campaign but have started the season strongly, picking up a 4-0 win over Blau-Weiss Lohne in the first round of the DFB-Pokal last weekend.

Freiburg, meanwjhile, enjoyed a brilliant campaign last season which turned a bit sour at the end. That's because they missed out on UEFA Champions League football after losing their final two league games of the season before losing to RB Leipzig on penalties in the DFB-Pokal final.

The visitors, though, had one of their best seasons in the top flight recently last campaign and will look to better that this time.

There have been 28 meetings between Augsburg and Freiburg. The hosts have won just seven of those games, while Freiburg have won 13 times. There have been eight draws between the two teams.

The two teams last faced off in a league clash last season, which the Breisgau-Brasilianer won 2-1.

Reece Oxford and Ruben Vargas are both doubtful, as they're recovering from knee and thigh injuriy respectively.

The visitors will be without the services of Lucas Holer and Kevin Schade this weekend, as the two players are injured. Meanwhile, Lukas Kubler is not quite fit and could also miss out.

Augsburg ended their pre-season without a win in their final four games before bouncing back with a 3-0 victory in the Cup.

Freiburg, meanwhile, enjoyed a stellar pre-season campaign and will head into the weekend clash with confidence. They have won their last three games in this fixture and should make it four here.