Wunderbar! The Bundesliga is back with a brand new season that gets underway on Friday night as perennial winners Bayern Munich take on Europa League holders Eintracht Frankfurt at the Deutsche Bank Park. 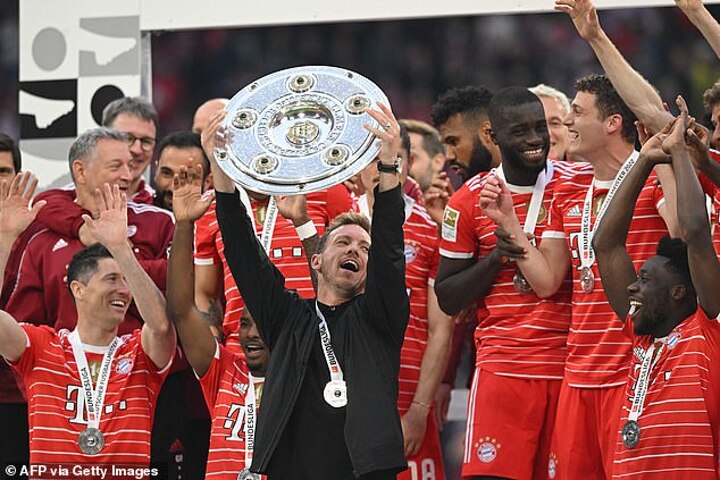 There are so many questions to be answered in Germany's top flight as we stand on the start line of a new campaign.

Will Bayern win the title for an incredible eleventh year in a row? Can anyone topple them? How will the top two contenders cope without Robert Lewandowski and Erling Haaland? And will promoted sides Schalke and Werder Bremen survive the drop on their return to the top flight?

It is set to be a fascinating campaign in Germany and Sportsmail looks at the main talking points in the Bundesliga.

End of an era

It's out with the old and in with the new at the top end of the Bundesliga - though Bayern Munich will once again be heavy favourites to lift the trophy come May.

For the first time in nine years, the German champions go into the season without Robert Lewandowski. This would have presented Borussia Dortmund the perfect opportunity to strike - only for them to also lose their star striker Erling Haaland to Manchester City.

Both sides have dipped into the market as they face life without their strikers who have dominated the Bundesliga in recent years. 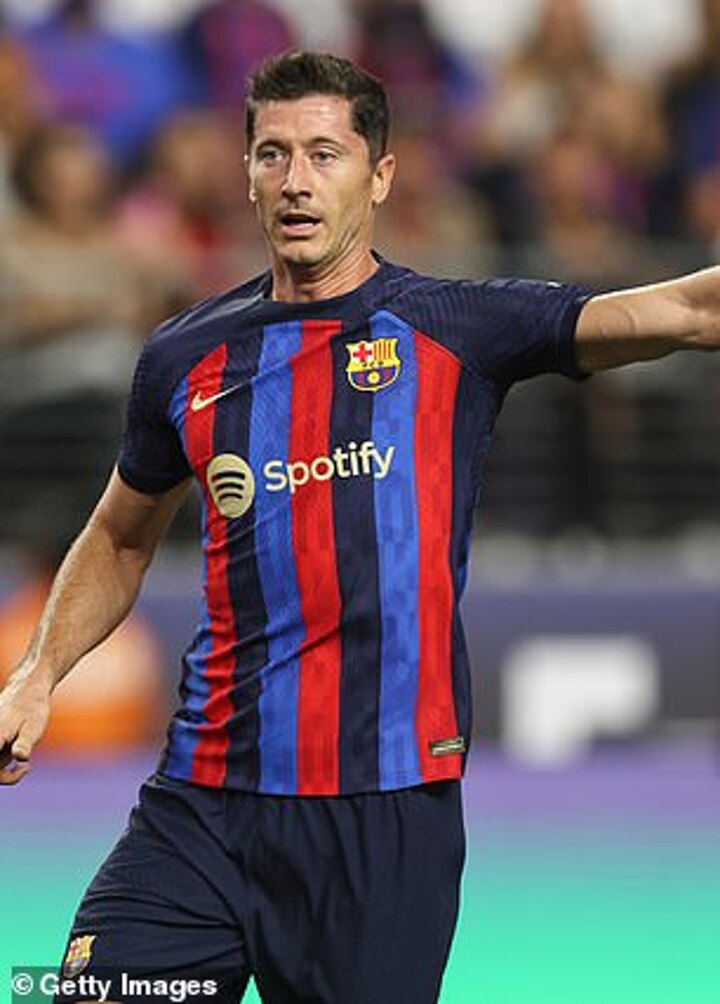 In Sadio Mane, Bayern Munich have signed a genuine world class superstar who can play out wide or up front as proven at Liverpool last season. This versatility will no doubt be music to the ears of Julian Nagelsmann who has a big task to line up a team that can create and score as many goals as they did with Lewandowski.

However, Mane won't be able to do it by himself and Bayern will hope for more from the likes of Serge Gnabry and Leroy Sane who both suffered second-half-of-the-campaign slumps.

Dortmund meanwhile brought in two forwards who scored 57 goals between them in all competitions last season - in the form of Karim Adeyemi from Red Bull Salzburg (23 goals) and Sebastian Haller (34).

Unfortunately, Haller will be out for some time, after it was confirmed he will undergo therapy after being diagnosed with a malignant testicular tumour. 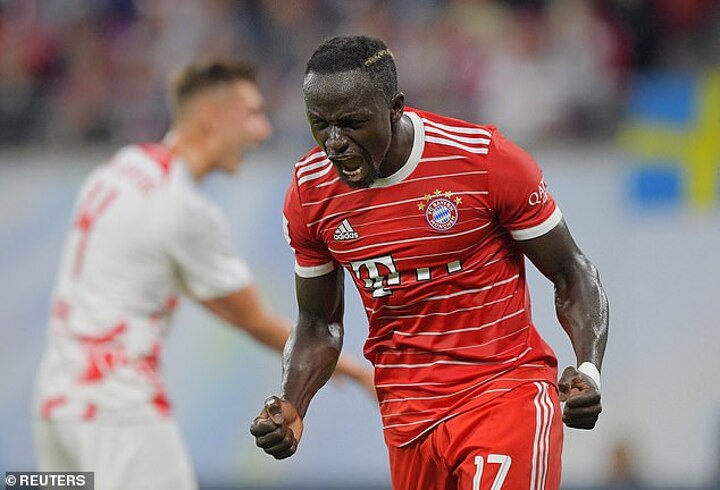 They have also spent well elsewhere in the team. The additions of Nico Schlotterbeck and Niklas Sule (from rivals Bayern) are particularly handy as it means that so much of the responsibility won't fall on 33-year-old Mats Hummels.

Keeping Giovanni Reyna fit when he's healthy again could be a boost to their title aspirations, while Jude Bellingham's influence from midfield is growing all the time and he could be one of the standout players in the Bundesliga this season.

Outside of those two? Bayer Leverkusen have done well to retain the services of Patrik Schick and Florian Wirtz by signing them to new deals, and their only new signing Adam Hlozek is likely to come straight into the fold. 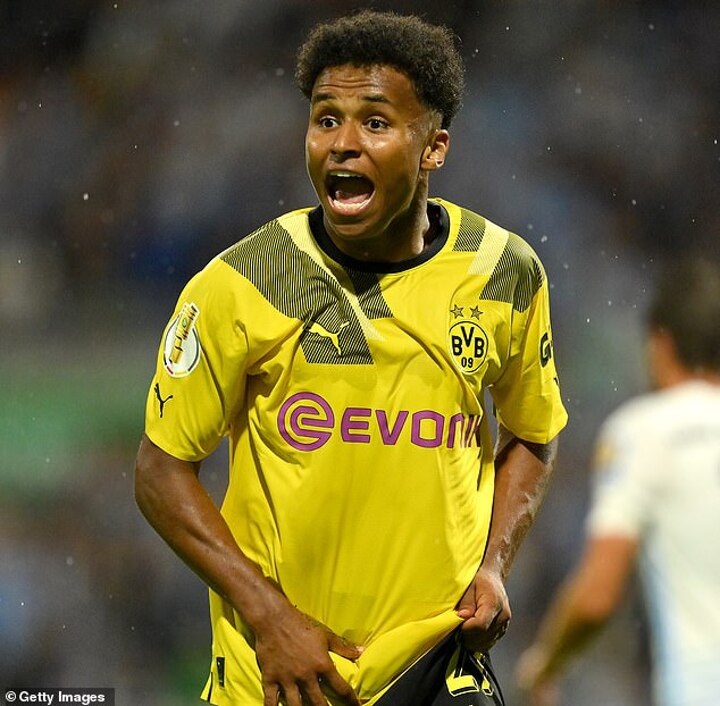 Wirtz though is recovering from a torn cruciate ligament. Moussa Diaby will have a big part to play after scoring 13 and providing 12 assists last season.

RB Leipzig meanwhile will hope Christopher Nkunku can replicate his fine scoring form of last season, and that Andre Silva can go back to the player who scored 28 goals in the 2021-22 season.

But it still feels that Dortmund and particularly Bayern, should still occupy the top two positions in the league.

Who are the other new signings to look out for?

The most expensive new addition to the Bundesliga is Matthijs De Ligt, who has joined Bayern Munich from Juventus for £60million.

Bayern last season seemed to lack an organisational leader at the back, something which Julian Nagelsmann will hope De Ligt has learned from pairing up with the likes of Georgio Chiellini and Leonardo Bonucci in Italy.

Sadio Mane adds a wealth of experience and success to the squad, while Nagelsmann has clearly had an eye on the future with some of his other signings. 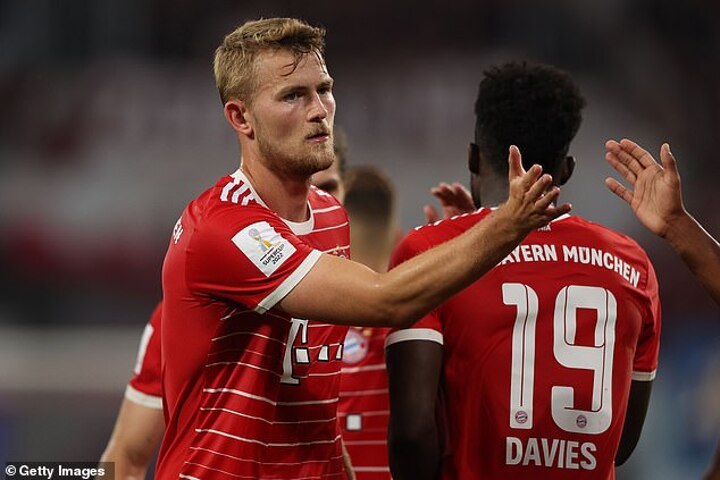 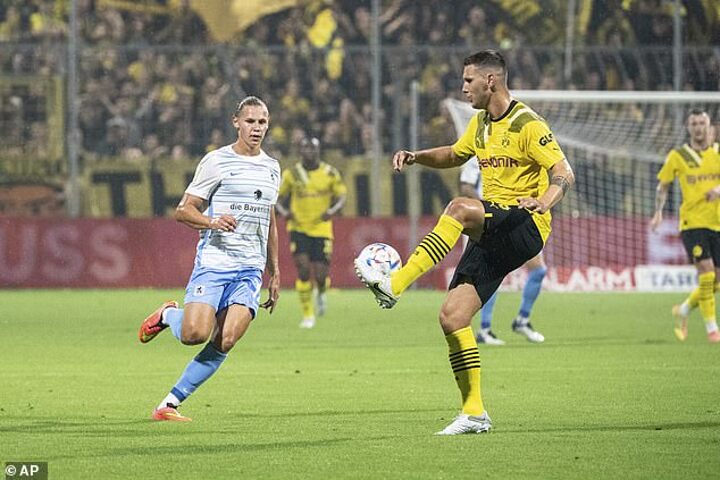 Ryan Gravenberch is one of the hottest midfield prospects in world football, his Ajax team-mate Noussair Mazraoui joins him at Bayern, while they also spent £23m on 17-year-old Mathys Tel who could be one to watch out for in future seasons.

After that there is a big gap to the rest of the sides in the division in terms of what they've spent. 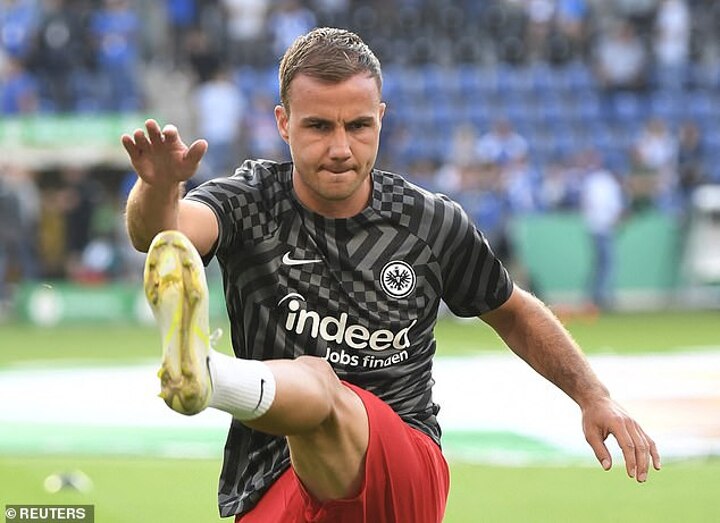 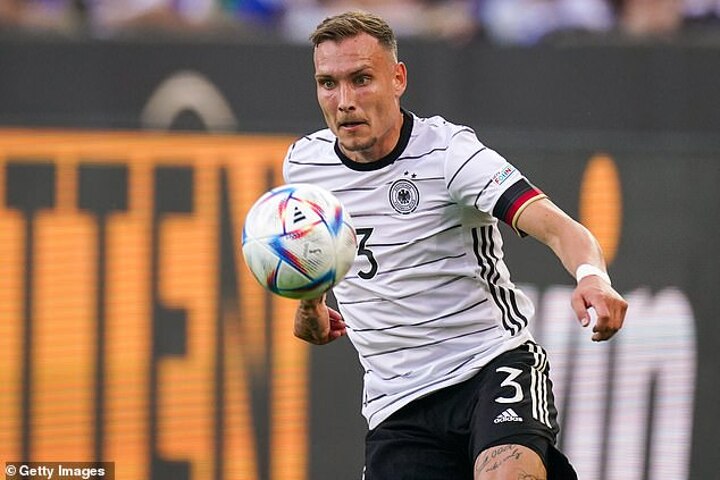 RB Leipzig have spent £34m, with their biggest signing coming in the £23m addition of German international David Raum from Hoffenheim who could be a very shrewd signing from Domenico Tedesco.

Can Bundesliga returnees Schalke and Werder Bremen avoid the drop?

Schalke are back in the Bundesliga after taking just 16 points during their 2020-21 relegation season.

The side who finished as high as second in the German top flight just four years ago, are stronger than what they were when they went down - but still are one of the great unknowns going into the campaign.

There has been a big turnover of personnel, including the appointment of Frank Kramer as manager - just two months after Arminia Bielefeld decided to sack him after they weren't confident he could keep them up in the Bundesliga before their eventual relegation. 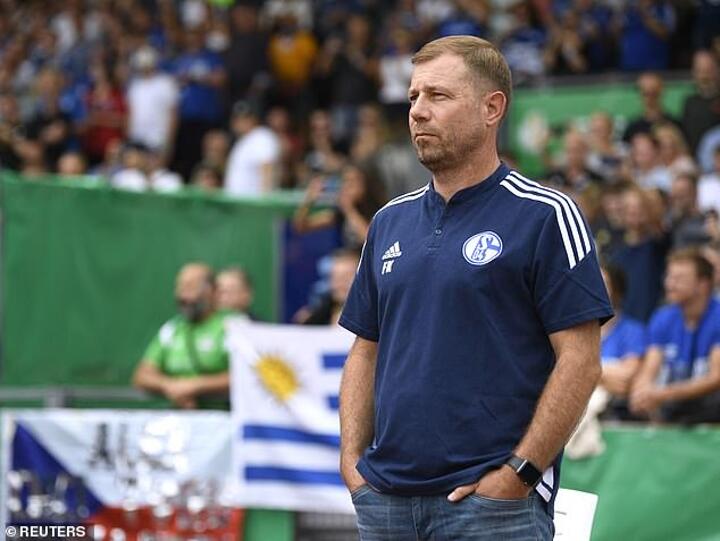 They, like Werder Bremen, could be dragged into a relegation scrap this year. Bremen have made just three signings, one of which is Ollie Burke from Sheffield United.

Augsburg and Stuttgart meanwhile both kept their heads just above water last season - with the latter finishing just a point clear of the dreaded relegation play-off spot - which saw Hertha Berlin survive the drop at the expense of second-tier side Hamburg.

Stuttgart, have been dancing on the edge of relegation for several years and there's only so many times they can do that and survive.

Augsburg didn't survive by much last season and could struggle this season after Michael Gregoritsch's move to Freiburg. They did bring in forward Ricardo Pepi in January, though he struggled last season. 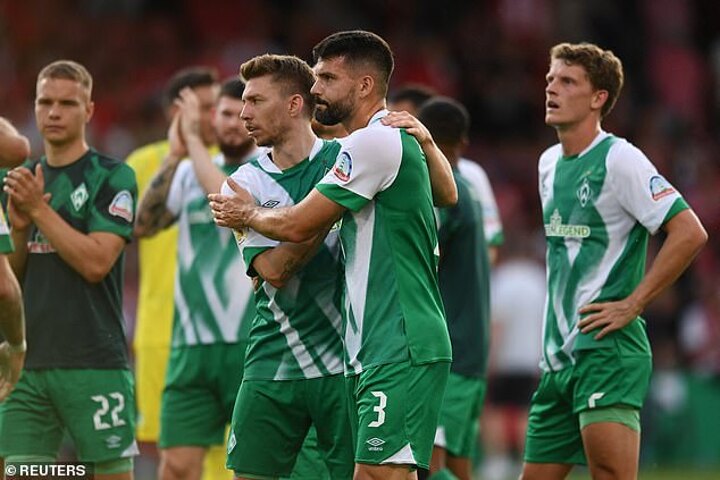 Hertha have a new coach in Sandro Schwarz after Felix Magath kept them in the division. They have brought in three new signings this summer including Jonjoe Kenny from Everton, and there's a feeling they should be more comfortable this season.

Bochum impressed last season on their return to the Bundesliga - though it will be difficult to match that this season.

They've lost Armel Bella-Kotchap to Southampton, Maxim Leitsch to Mainz, Sebastian Polter to Schalke and Milos Pantovic to Union Berlin and therefore could have a tough season ahead of them.

Robert Lewandowski topped the scoring charts for the past five seasons, and with both him and Erling Haaland gone, it has opened up the race for this year's Golden Boot.

Two players who could benefit from their departures are Bayer Leverkusen's Patrik Schick, and RB Leipzig star Christopher Nkunku.

Schick scored 24 goals in the Bundesliga last season to finish second behind Lewandowski, while Nkunku scored 35 goals in all competitions and will be a strong contender. 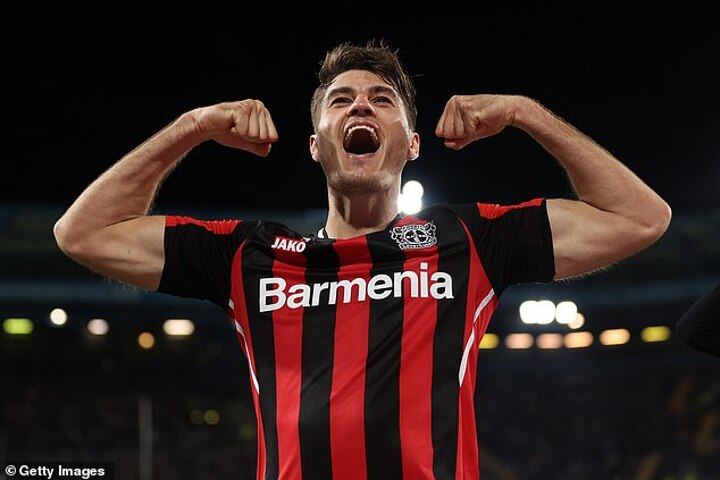 Dortmund's new main hope could be 20-year-old Karim Adeyemi. There will be higher expectation for him to provide the goals with Sebastian Haller out for some time.

Like Haaland, Adeyemi joins from Red Bull Salzburg, and Dortmund will hope the German forward can hit the ground running in similar fashion. 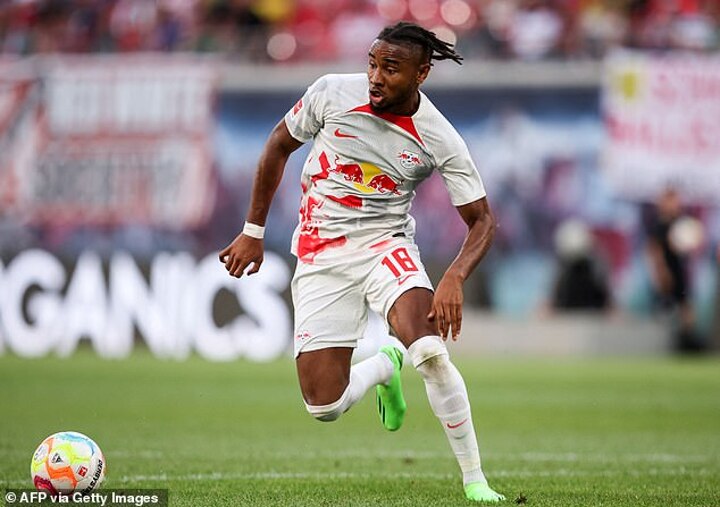 Serge Gnabry got into double figures last season and with Lewandowski gone, then he could be someone who takes a step forward in terms of his goal tally this season.

The year before last, the Portuguese international scored 28 goals in 32 appearances and it's not completely out of the question that he takes a step up this season.

The Bundesliga has been a division in the past which has thrown up some surprise teams that have mounted a challenge at the top of the table.

With Bayern Munich potentially needing to adapt with life post Robert Lewandowski, the likes of Bayer Leverkusen and RB Leipzig could use this to mount surprise title challenges - even if it is unlikely they'll beat the reigning champions come the end of the season.

Another team to watch out for is Eintracht Frankfurt. Though they only finished 11th in the Bundesliga last season, there is plenty of promise for this year after winning the Europa League.

One factor though is how they will fare with Champions League football on the side.

Meanwhile SC Freiburg have had a productive summer, with the likes of Michael Gregoritsch likely to boost their chances of European qualification this season.

They could be an outside bet to make the top four.