Michy Batshuayi ensured Belgium got off to a winning start at the Qatar World Cup by scoring the only goal in a narrow 1-0 victory over Canada on Wednesday. 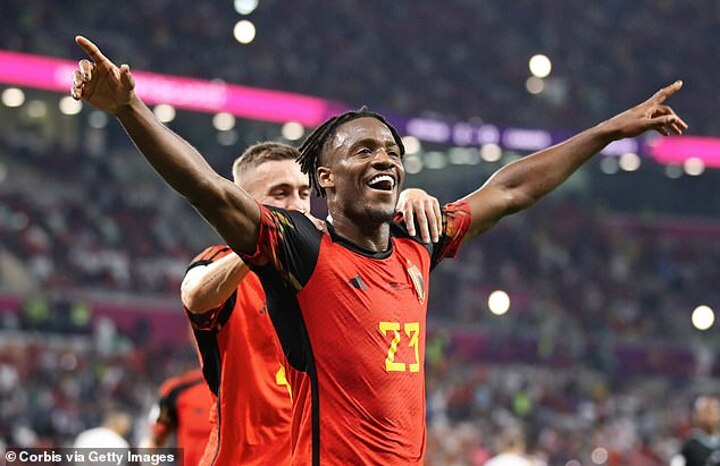 At the end of a half dominated by their opponents, Roberto Martinez's side took the lead against the run of play when Batshuayi latched onto a pass from Toby Alderweireld and smashed the ball home from close range.

It was a huge blow for Canada, who had failed to open the scoring themselves when Thibaut Courtois kept out Alphonso Davies from the penalty spot early on, and in the end they failed to find an all-important equaliser.

The North American side can still be proud of their first-half display, however, while Belgium have work to do if they want to go far in the tournament. Here's how Sportsmail's GERRY COX rated both sets of players in Al Rayyan.

Thibaut Courtois Canada's wasteful finishing meant he did not have to make too many saves, but they all counted including a penalty save in the 10th minute and excellent stops from Johnston and Larin. 9

Leander Dendoncker Rarely looked comfortable against Canada's pacy forwards and hustled into mistakes. Headed over a De Bruyne free-kick in the closing stages. 6

Toby Alderweireld Superb long pass forward set up Batshuayi for the opener. Had to be on his toes with David always a handful, but his experience showed 7

Jan Vertonghen Given a torrid time in the early stages, but became his usual composed self and made some important interceptions 7 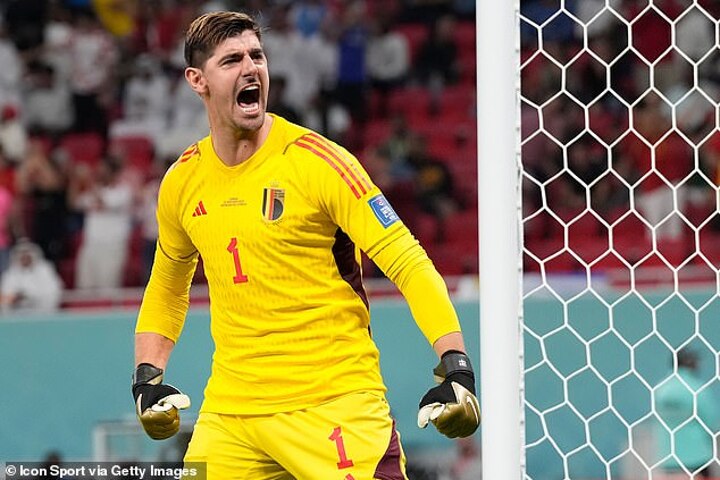 Timothy Castagne Started wide on the right and then switched to the left in the second-half, but rarely got into the game. A peripheral figure. 6

Axel Witsel Never looked completely comfortable at the base of midfield, and gave the ball away too often. Not at his best 6

Yannick Carrasco Conceded early penalty and booked for handball, never really got going and replaced by Meunier at half-time. 6

Eden Hazard Good when he was on the ball, but it was not often enough. Still has the ability to go post players, but it looks like injuries have cost him some of his pace. Replaced on 62 minutes 7

Kevin De Bruyne Some lovely driving runs from deep but too often the final pass or shot came to nothing. Floated in one perfect cross that Batshuayi failed to control 7

Michy Batshuayi The matchwinner, and took his goal superbly with a first-time finish, but otherwise wasteful, failing to make the most of several chances. Not as effective as Lukaku. 7 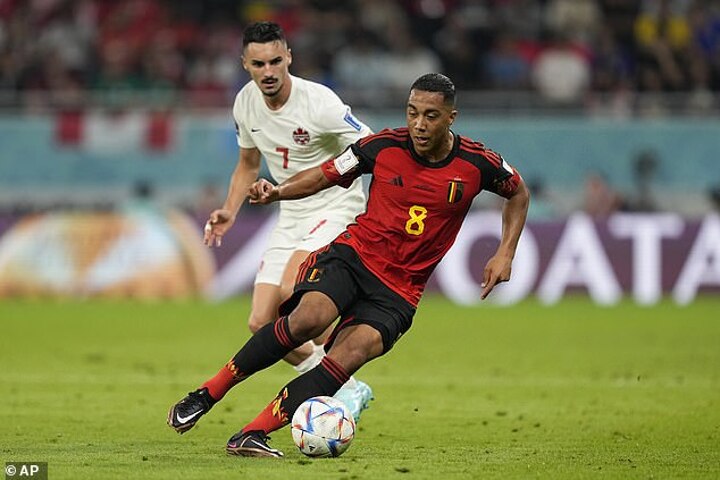 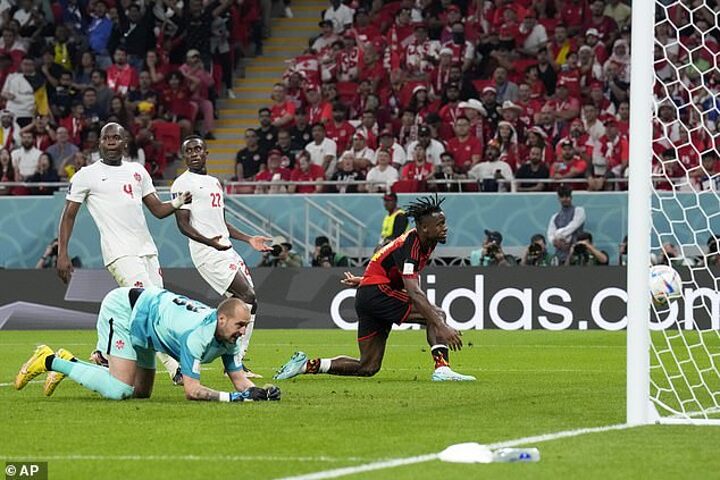 Thomas Meunier for Carrasco 46 Booked for catching Hoilett with an outstretched arm. 6

Amadou Onana for Tielemans 46 Also booked within ten minutes for using an arm on Eustaquio. 6

Leandro Trossard for Hazard 62 Had one late chance but overran the ball. 6

Milan Borjan Had no chance with Batshuyi's goal, and did not have to make any other saves o note. Slight danger of overplaying the ball with his feet at times. 7

Richie Laryea Strong at right wing back, creating four good chances, and one superb tackle to stop Batshuayi in his tracks. 8 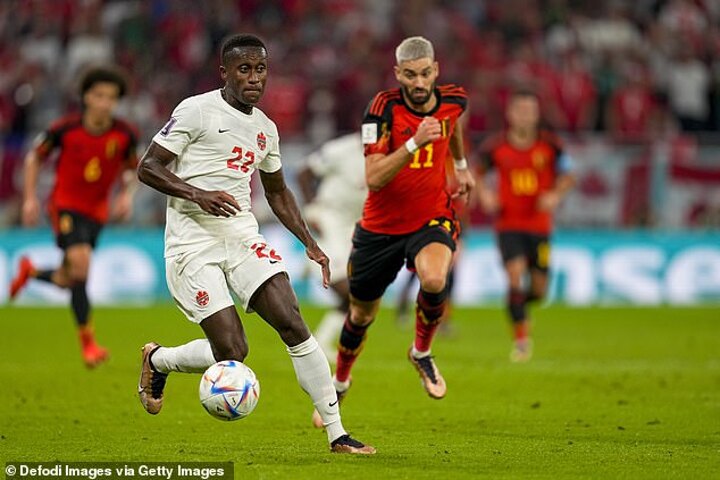 Kamal Miller Brilliant block to deny Batshuyi in the first-half, great tackle on the same player midway through the second-half 7

Steven Vitoria The veteran centre-back kept Batshuayi quiet for most of the game, a commanding presence. 7

Alistair Johnston Had one stinging shot well saved by Courtois, then overhit a free-kick wastefully. Always keen to get forward from right back. Booked 7

Alphonso Davies Superb on the ball, but could have made all the difference if his weak penalty had gone in. Switched from left wing to right after an hour, but gave the ball away too often. Booked 7

Atiba Hutchinson The Besitkas man kept midfield ticking over and got forward at times. Replaced by Kaye on the hour mark. 6 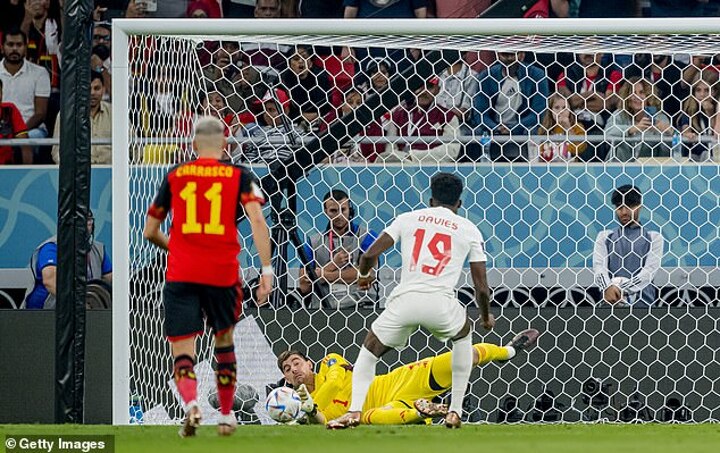 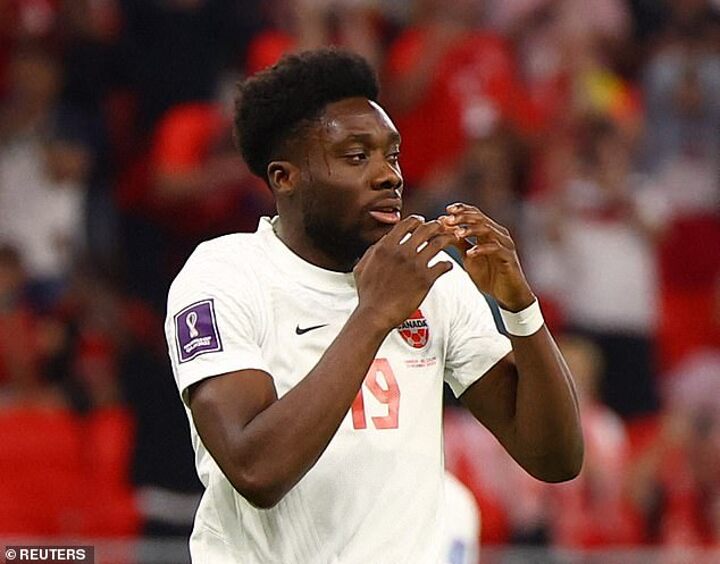 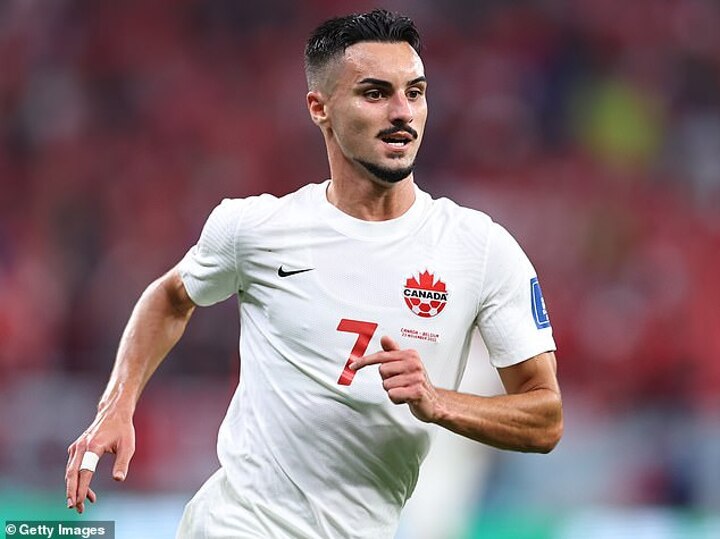 Tajon Buchanan His goalbound shot was handled by Carrasco for the penalty. Otherwise wasteful, with one shot going high into the stands. 6

Junior Hoilett Never stopped running and hustling, and opened up the Belgian defence repeatedly, but his final decision-making was questionable. Replaced by Larin. 7

Jonathan David Caused Belgium's defence problems with his pace but missed the target when it mattered, putting headers high and wide either side of the break 6