Jude Bellingham is under investigation from the German Football Association (DFB) after his "match-fixing" remarks against Borussia Dortmund vs Bayern Munich referee Felix Zwayer. 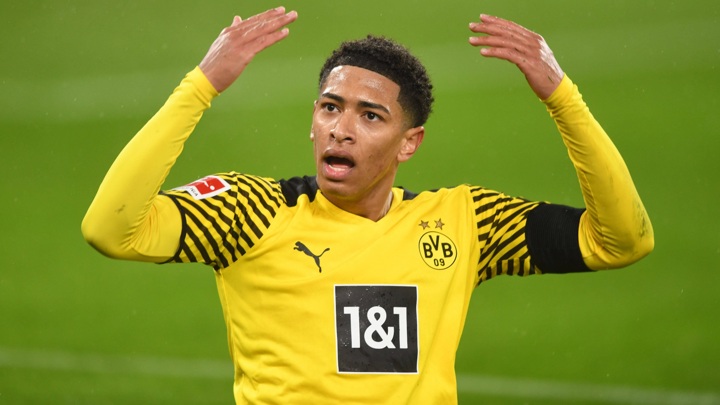 Dortmund were on the wrong end of a 3-2 scoreline against their arch-rivals in a top-of-the-table Bundesliga clash at Westfalenstadion on Saturday, with Robert Lewandowski grabbing the winning goal from the penalty spot.

The hosts clearly disagreed with the award of the spot-kick, though, and Bellingham questioned why Zwayer was allowed to officiate such a crucial game due to his past involvement in a match-fixing scandal.

"For me, it wasn't [a penalty]," Bellingham told reporters after the game.

"You can look at a lot of the decisions in the game, you give a referee that has match-fixed before the biggest game in Germany, what do you expect?"

DFB referee supervisor Marco Haase launched a complaint against Bellingham for his controversial comments on Zwayer.

The head of the German FA's control committee, Anton Nachreiner, has since confirmed that the midfielder is now under investigation, telling SID: "The control committee will examine the statement of the Dortmund player Jude Bellingham for its relevance to sports criminal law."

Dortmund director Michael Zorc has spoken to the same agency insisting that Bellingham's outburst has been blown out of proportion.

"The boy is 18, talking after a heated, emotional game," he said. "He names old facts, you don't have to do that. He's just a hot spur.

"The things are in the world now, but we stand by him. I don't see anything problematic in terms of criminal law."

Bayern CEO Oliver Khan, however, was far more damning in his assessment of Bellingham, as he told Sky Germany: "I'm the last one who doesn't understand player emotions. That goes a huge step too far, of course. I don't remember any player saying that before. I don't know how he got the idea to make such a statement."

Bellingham on Bayern penalty: What can you expect from referee who has match-fixed?

Lewandowski to get salt ball after Ballon d'Or snub