Bayern Munich's Robert Lewandowski and Thomas Muller scored two goals each as the German champions crushed hosts Arminia Bielefeld 4-1 in the Bundesliga on Saturday to move within a point of top spot. 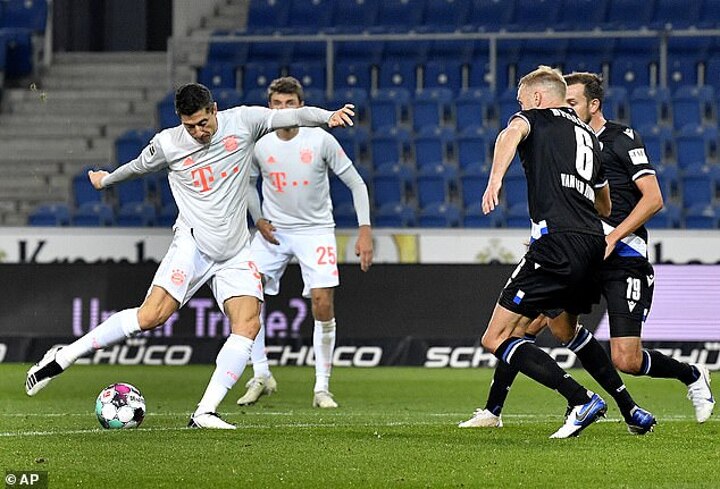 Muller scored either side of Lewandowski's double, with the Polish striker taking his season's tally to seven league goals from four games, as Bayern moved to nine points, level with third-placed Borussia Dortmund and one behind leaders RB Leipzig, who won 2-0 at Augsburg.

Muller grabbed an eighth-minute lead with a bit of luck after his first effort was saved but the ball bounced back into his path, while Lewandowski was left with far too much space to score with a well-placed shot in the 26th. 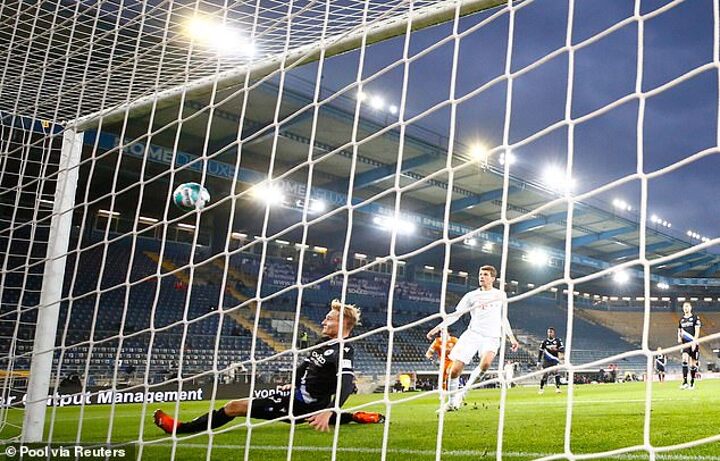 Arminia goalkeeper Stefan Ortega kept the scoreline respectable in the first half with several spectacular stops, including a sensational one-handed save from Lewandowski's close-range header.

But the home keeper was beaten again with the last kick of the first half, a deflected shot from Lewandowski after good work from Muller.

Bayern, who had to use changing rooms in a nearby school ahead of the game due to strict COVID-19 regulations, scored again six minutes after the restart when Lewandowski crossed and Muller volleyed in from close range.

Arminia's Japan international Ritsu Doan was rewarded for a fine performance with a goal in the 58th before Bayern were left with 10 men following the dismissal of Corentin Tolisso for a last-man foul.

Bayern, who also twice hit the woodwork, next host Atletico Madrid in the Champions League group stage on Wednesday. 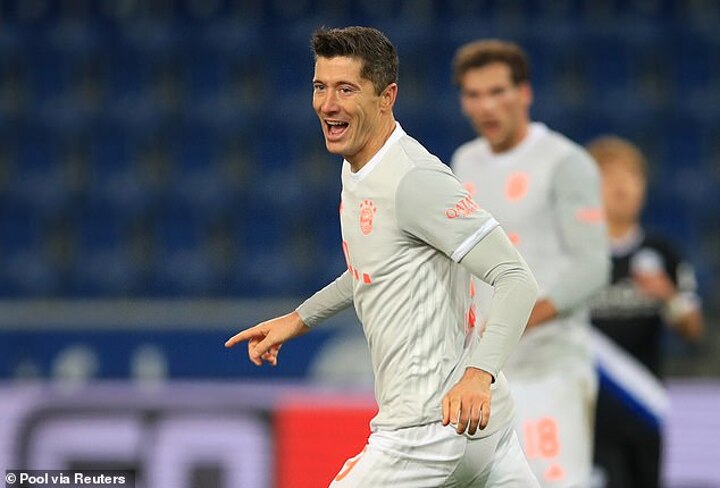 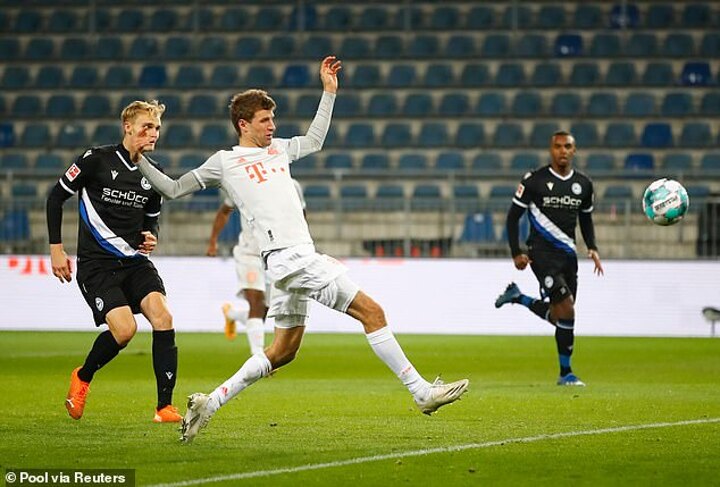