According to German media outlet Kicker, Dortmund have been keeping an eye on Stuttgart striker Sasa Kalajdzic in case Haaland leaves this summer. 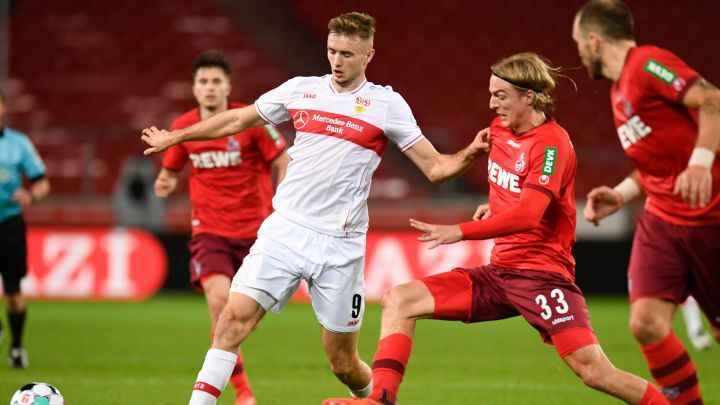 Borussia Dortmund managing director Hans-Joachim Watzke said on Monday that the Bundesliga club had no Plan B to cover for the potential loss of in-demand Norway striker Erling Haaland this summer, with Real Madrid, Bayern Munich, Barcelona, Manchester City and Manchester United all linked with a move for the 20-year-old.

However, as Dortmund go into the final few games of the 2020-21 season seeking to secure a Champions League place for next season – a fundamental part of the club’s plan to persuade Haaland to remain at the Westfalenstadion – its technical staff have started to prepare for the eventuality and have identified a replacement for the Norwegian: Stuttgart striker Sasa Kalajdzic.

According to Kicker, Dortmund have started to take more than passing interest in the 23-year-old Austria international, who has scored 13 times for Stuttgart in 26 appearances this season.

Dortmund are not alone in watching Kalajdzic, with reports that RB Leipzig are also considering a summer move for the striker, who has a release clause of €30 million in his contract, which runs until 2023.

However, Dortmund are still hopeful of retaining Haaland’s services despite his agent, Mino Raiola, and father Alf-Inge recently holding talks with a series of interested clubs. "We will discuss this in peace with Erling, his father and his advisor Mino Raiola. We also want him to be happy to stay with us, to score goals for BVB next year with conviction. There is no alternative plan."