Canada and Qatar will lock horns at the Franz Horr Stadium in neutral Vienna, Austria, on Friday as both teams begin preparations for the upcoming FIFA World Cup in November. 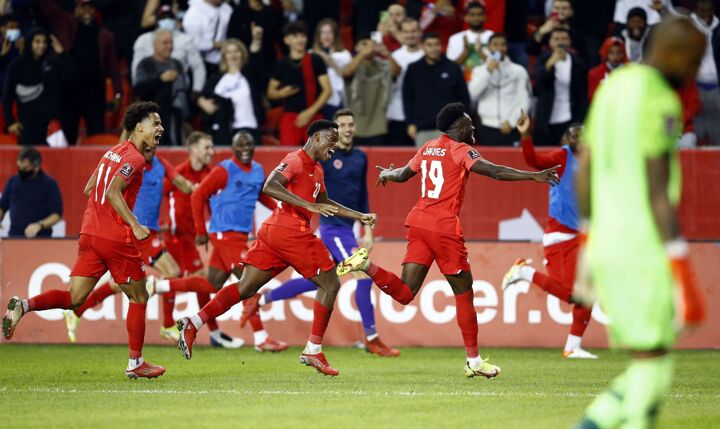 The Reds have returned to the competition for the first time in 36 years after rampaging through the CONCACAF qualifiers with eight wins from 14 games. Featuring talented stars such as Alphonso Davies, Jonathan David and Cyle Larin, John Herdman's team are an exciting unit and one to look forward to.

Qatar, the hosts of the upcoming World Cup, have kept themselves busy with a spate of friendlies, including a handful of unofficial games against European clubs. Ranked 48the in the world, the Maroons have been drawn in Group A of the tournament alongside the Netherlands, Senegal and Ecuador.

This will be the first meeting between Canada and Qatar.

The Reds have called up 27 players for their friendly games against Qatar and Uruguay.

Star players such as Bayern Munich ace Alphonso Davies, Lille's Jonathan David and Club Brugge forward Cyle Larin are all present. Latin is the team's all-time top-scorer with 24 goals and will look to boost his tally.

The Maroons will rely on talismanic striker Almoez Ali for goals. He's also just two goals shy of equaling the record for the second-highest tally in his country's history. Ali will have Akram Afif to join him up front in this game.

Qatar have been preparing for the upcoming World Cup with a series of friendly games and have gained plenty of experience.

However, Canada will be a different kettle of fish, armed with some incredibly talented players who ply their trade in Europe's top leagues. The Maroons will give them a tough fight, but expect the Canadians to prevail.