A ‘Koeman Out’ banner was displayed at the Camp Nou, and after another miserable European night for Barcelona at the hands of Bayern Munich the Dutch coach’s future is now on the line. 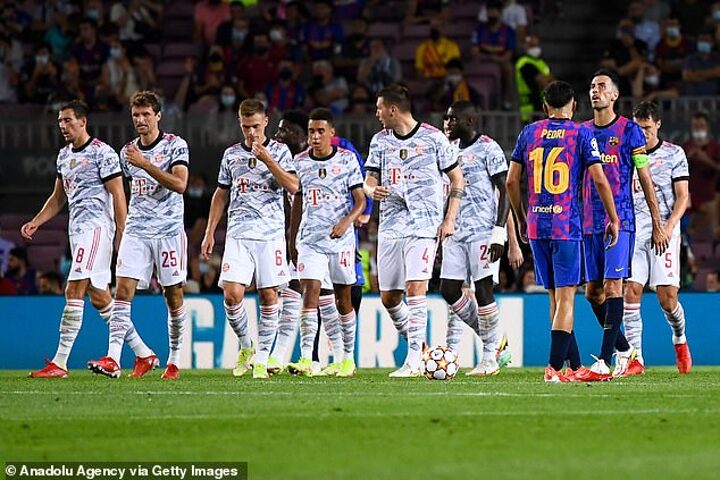 Ronald Koeman’s team were rolled over by Bayern Munich 3-0 but worse than the result was the performance. They defended deep, they were swamped in midfield and posed almost no threat in attack.

It was a distinctly Europa League performance from Barcelona and playing this way that might be where they end up in a difficult group that includes Benfica and Dynamo Kiev. 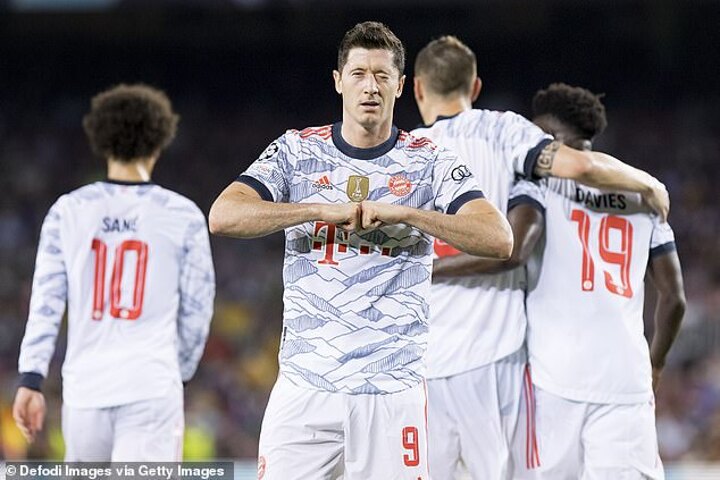 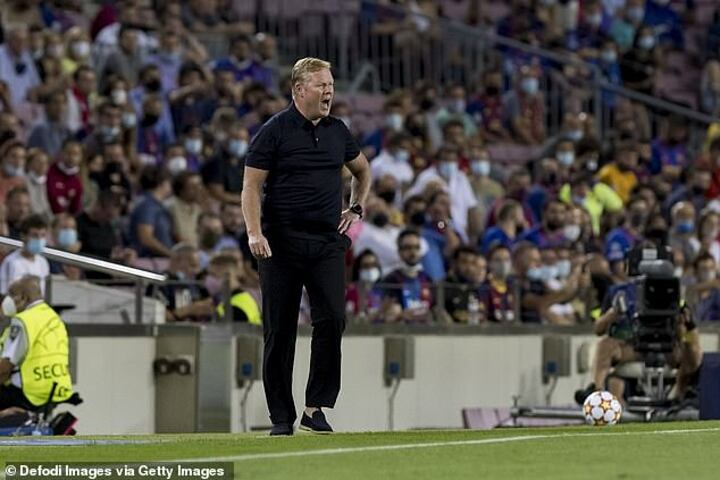 It’s hard not to have some sympathy for Koeman. Barça lost 8-2 to Bayern two years ago and since then they have allowed Luis Suarez, Lionel Messi and Antoine Griezmann to leave. He has a far weaker squad than his predecessors and last night he had to turn to 17-year-old Gavi and 18-year-old Yusuf Demir after Bayern’s second goal went in.

But Barcelona supporters have to blame someone and the way Koeman set them up last night was an open invitation for Bayern Munich to take the game to the home side. He also failed to change the plan at the break despite them being second best in the first half.

Jordi Alba offered some attacking threat early on but naturally he missed Messi getting on the end of his crosses. His first centre went beyond Sergio Roberto and from another Ronald Araujo headed over. 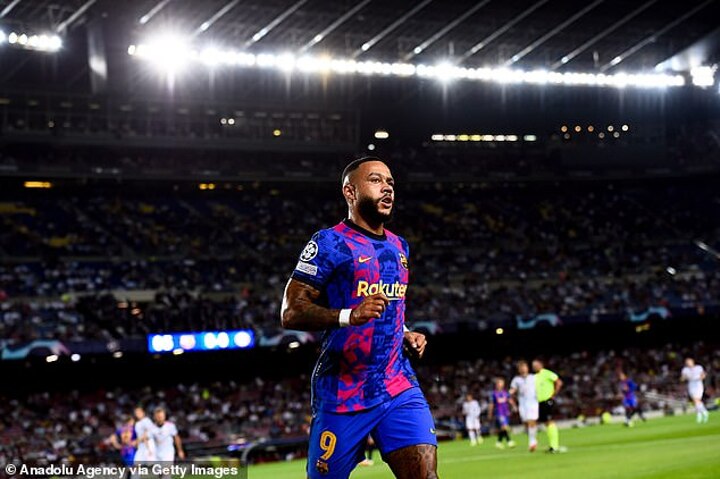 The traffic was mainly going one way: towards Marc Andre ter Stegen. Jamal Musiala was Bayern’s most threatening forward and Gerard Pique had to slide in to block his shot.

It seemed with every Bayern attack Barcelona took another step back towards their own goal. That tactic left plenty of space in front on the edge of the area and from there Thomas Muller scored with a shot from distance that hit Eric Garcia’s backside wrong-footing Ter Stegen.

Barcelona now needed a goal but even the electric Memphis Depay looked one-paced when Alphonso Davies dispossessed him. 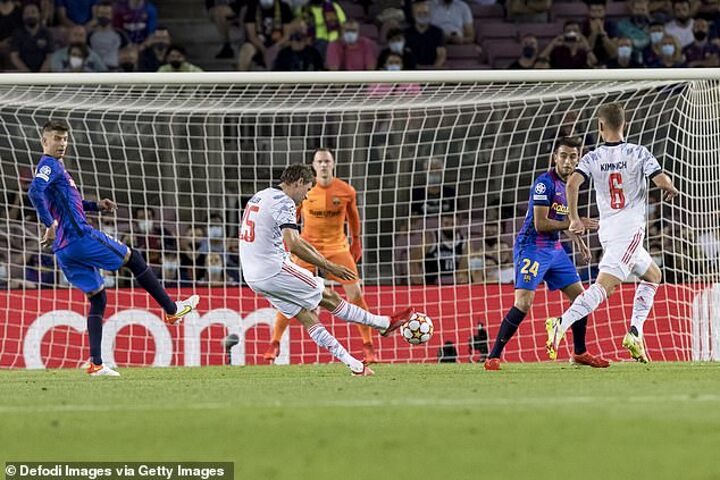 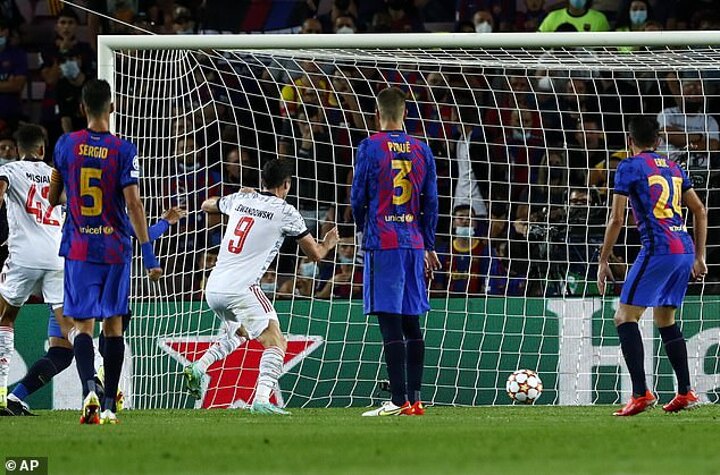 Ter Stegen prevented Bayern taking a 2-0 goal lead at the start of the second half saving well from Leroy Sane. But Robert Lewandowski did make it two from close range after Musiala’s shot had come off the post.

Koeman finally rang the changes and their were whistles for Sergio Roberto when he went off. The Camp Nou got behind Philippe Coutinho when he came on and he curled a shot over Manuel Neuer’s crossbar. Alba hobbled off with 20 minutes left replaced by 18-year-old Alejandro Balde. Another teenager for the titanic task of staging a comeback against Bayern.

There was no recovery. And when Serge Gnabry hit the post Lewandowski was on hand again to score the third.

The ‘Koeman Out’ banner had long been taken down but this was an awful start to Barcelona’s Champions League campaign and the coach will get the blame. 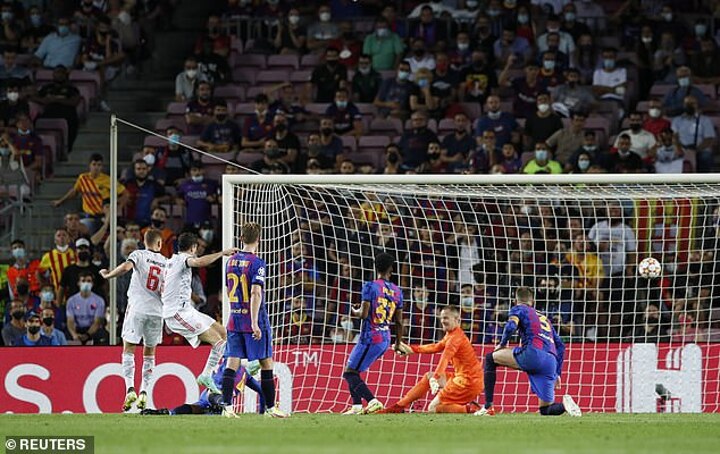