Roman Abramovich has never been afraid to put money into Chelsea to ensure that they remain successful, although in recent years they have made an attempt to be far more self-sufficient, and this process could help fund a move for Erling Haaland, with a number of sales expected. 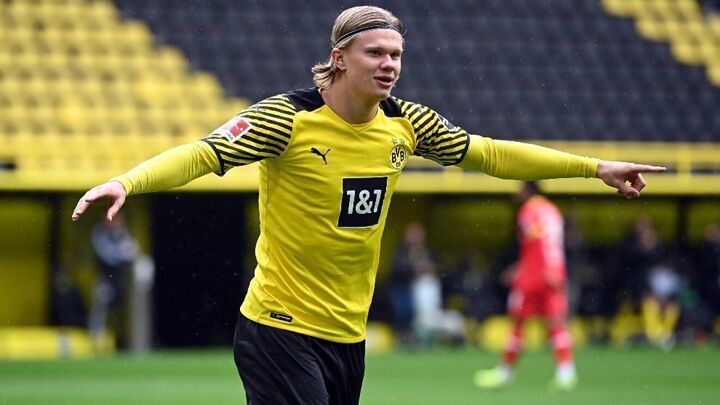 Chelsea's policy of stacking the club with promising youngsters and loaning them out until they are a sellable asset has been widely criticised, but players such as Mason Mount, Reece James and Billy Gilmour have seen them buck that trend.

Nevertheless, there are still some youngsters that will be allowed to leave and what that does do is provide Chelsea with an additional pot of funds to use when a decision is made to go into the market.

We saw it in the summer of 2020 when a year-long transfer ban had funds saved to purchase Timo Werner and Kai Havertz, yet few believed Haaland would even be an option this summer.

Dortmund have been clear

Whilst Borussia Dortmund expect Jadon Sancho to leave the club this summer, Hans-Joachim Watzke has been fairly assertive in his suggestion that Haaland would not be departing the club in 2021.

Whilst the exact details aren't known, there is a suspicion that Haaland actually has a buyout clause embedded into his contract which comes into play in the summer of 2022.

Haaland's current market value could be seen anywhere between 100 and 150 million euros, but most clubs have baulked at that valuation when there is a belief he could be signed for just under 80 million euros in a year.

Chelsea, though, are aware that far more clubs will be at the feeding trough in 2022, especially if Barcelona and Real Madrid have improved their financial situations by then, and as such they are looking at paying the higher fee this summer to ensure they get the goalscorer they believe will take them to the Premier League title.

Who can Chelsea sell?

With the Blues also looking to bring Achraf Hakimi to Stamford Bridge this summer, there is a need for funds to be raised by Marina Granovskaia this summer.

There are, though, a number of players at the club who can be seen as sellable assets, with moves for some already in the works. AC Milan, for example, are about to purchase Fikayo Tomori for 28.5 million euros.

Ross Barkley and Michy Batshuayi are two players who have no future at Chelsea, but they are still sellable assets.

Batshuayi will be able to bring in around 10 million euros, with Premier League teams keen on his energy and finishing ability. Southampton could be a perfect landing spot for the Belgian forward if Danny Ings leaves the club.

Barkley spent a season on loan with Aston Villa and impressed, although not to the point that Villa rated him above new signing Emi Buendia.

His fine season at Villa Park will have done much to keep buyers interested and Chelsea could expect to recoup as much as 20 million euros for the former Everton midfielder. It can't be ruled out that Everton would go back in for their academy graduate, especially with Gylfi Sigurdsson's contract only having one year left to run.

Tammy Abraham hasn't convinced Thomas Tuchel and the English forward has emerged as Chelsea's most sellable asset this summer. His nationality and goalscoring record with Chelsea make him an incredibly valuable commodity to other Premier League teams.

Don't rule out a newly promoted club looking to bring him in to guarantee goals. Chelsea would be looking for around 45 million euros for the player. Callum Hudson-Odoi is another player that could fetch a hefty fee.

Whilst much smaller sales are also inevitable, moves for Olivier Giroud, Tiemoue Bakayoko, Baba Rahman, Emerson Palmieri and Marcos Alonso are all likely as Tuchel reshapes his European champions for 2021/22.