Borussia Dortmund already look like they are preparing for life without Erling Haaland with reports linking them to a move for Sasa Kalajdzic. 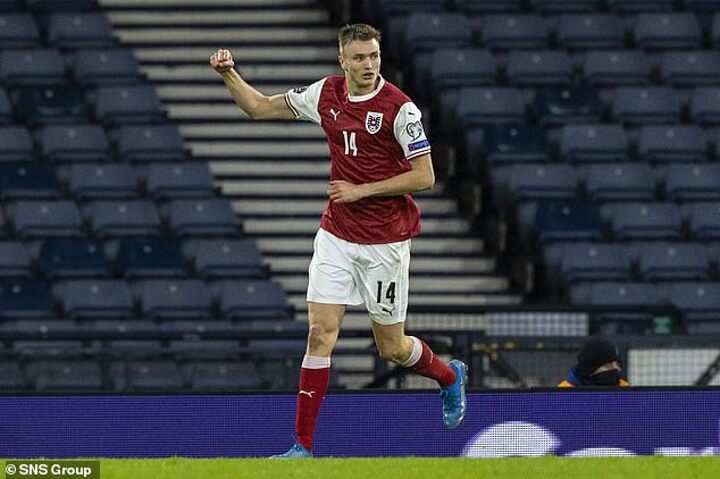 Kalajdzic is enjoying an excellent season with Stuttgart scoring 14 goals in 29 matches across all competitions for the side chasing European football next term.

The 23-year-old's fine form this term has earned him his first four Austria caps, and he scored three times over the international break including a brace against Scotland. 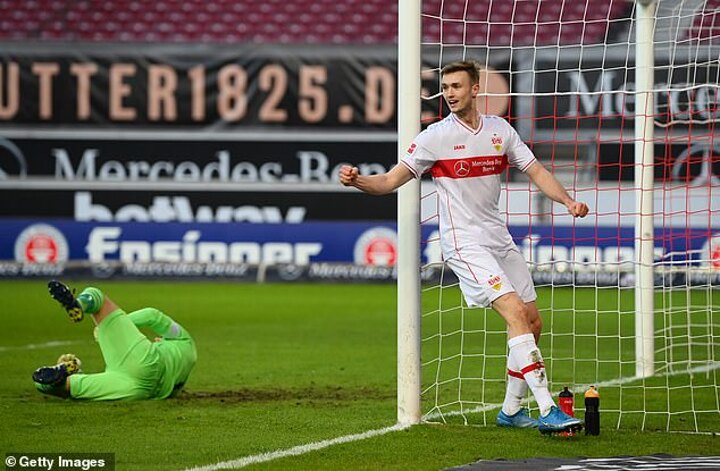 West Ham have been linked with Kalajdzic in recent weeks by the German media as have Liverpool.

Now according to German publication Kicker, Dortmund are keeping tabs on Kalajdzic as they prepare for a summer raid on their major goal scoring asset Haaland.

Europe's top clubs are preparing to go head-to-head to land Haaland who has shined since joining Dortmund in January 2020. 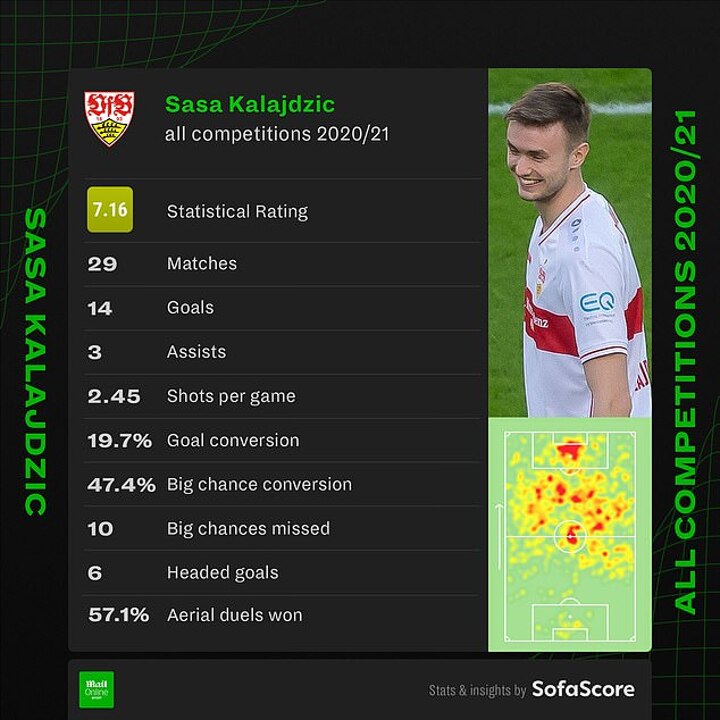 This season alone he has scored 33 goals from as many games with Manchester City thought to be leading the way for his signature as they prepare to land their long term replacement for Sergio Aguero, who is in the final few months of his contract at the Etihad Stadium.

City are preparing to spend big this summer and believe they can land Haaland in a huge £154million deal - doubling their existing transfer record.

Pep Guardiola is keen to bring the 20 year-old to the Etihad Stadium, claiming before his side's Tuesday win over Dortmund that the Norway international's stats do all the talking. 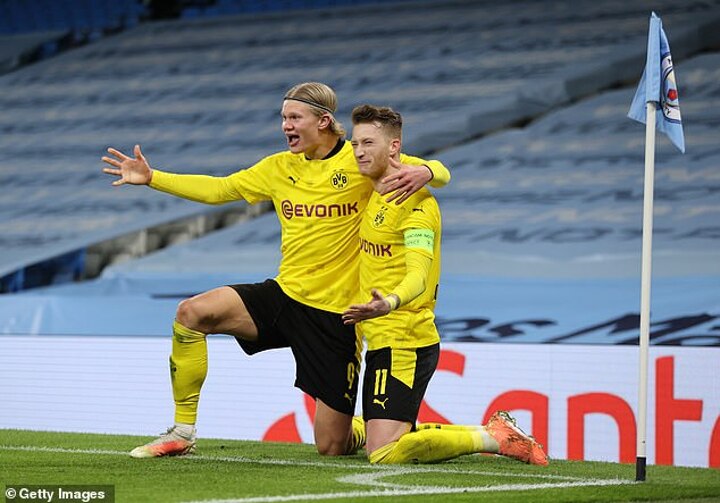 ‘He’s exceptional but it’s not appropriate for me to talk about him,’ Guardiola said.

‘The numbers speak for themselves. He can score right, left, counter attacks, in the box, headers. He’s a fantastic striker, everyone knows it. A blind guy can realise he’s a good striker, it's not necessary to be a manager.’

Haaland featured at the Etihad Stadium during Dortmund's Champions League clash but was unable to prevent his side slipping to a 2-1 defeat in the first leg of the quarter-final.