Manchester United have been dealt a huge blow months before the January transfer window with Borussia Dortmund reportedly not willing to negotiate over Jadon Sancho. 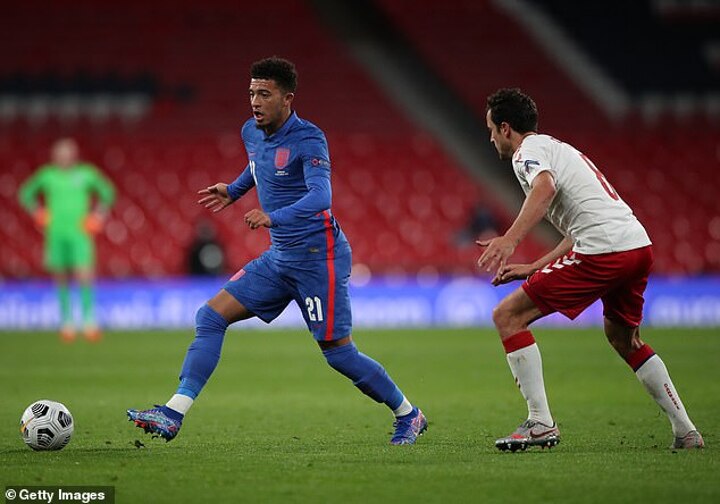 United were in hot pursuit of the England star all summer, prioritising him as their main target but got nowhere as Bundesliga giants Dortmund played hardball - valuing their man at £108million.

And according to Sport BILD, Dortmund are not prepared to sell Sancho in January meaning United will have to put their transfer plans on ice once again.

Sancho will therefore likely stay put for the whole season in Germany and it remains to be seen if United will go back in for him next summer, or if other European giants will be circling.

United were unwilling to fork out the £108m demanded by Dortmund for Sancho amid the impact of coronavirus on football's finances.

United's lacklustre window saw the club only sign Donny van de Beek in a £40m deal from Ajax before going on a shopping spree on deadline day.

Dortmund were unwilling to let Sancho leave after emerging as one of Europe's hottest talents during his time at the club.

Since joining from Manchester City in 2017 after going in search of regular first-team football, Sancho hasn't looked back.

The 20-year-old winger has scored 35 goals in 102 appearances for Dortmund, while claiming 45 assists.