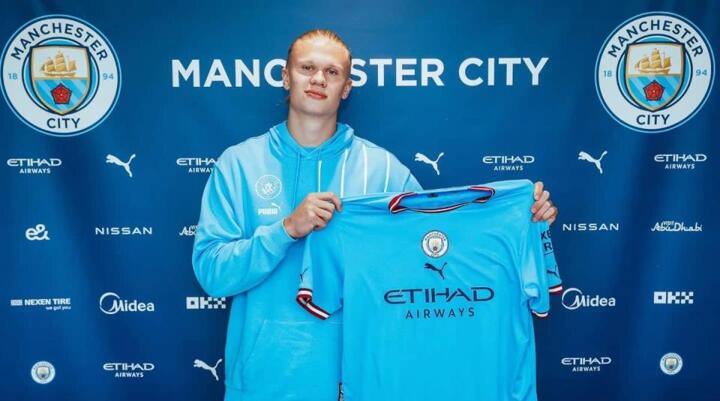 The Norwegian has been unveiled by City but confirmation of which squad number has remained a mystery - until today.

A video showing Haaland on holiday in Marbella has surfaced online. The striker is holding up a City shirt with his name and the No9 on the back, as he takes photos with a fan.

The No9 shirt was widely expected to be Haaland's pick, but any confirmation was on pause until Gabriel Jesus - the previous occupier - had left the club.

Arsenal confirmed the signing of Jesus in a £45million deal on Monday, paving the way for Haaland to take up the iconic striker shirt.

City fans should see Haaland in action for the first time on July 21 when the club take on Club America in their first pre-season friendly.