Roberto Firmino has named his ultimate 5-a-side Liverpool team featuring his current and former Reds teammates. Most notable is the omission of Sadio Mane, with whom he enjoyed many successful years at Anfield before the Senegal international left for Bayern Munich this summer. 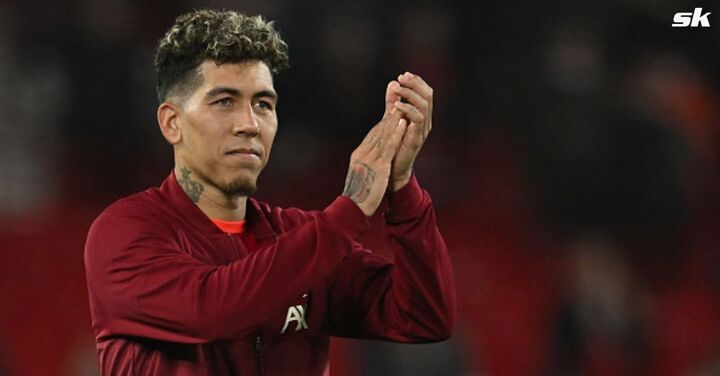 In goal, Firmino named compatriot Alisson Becker. He named Virgil van Dijk in defense, which is an obvious choice considering his influence on the Reds' backline.

“So the first one is Alisson Becker, he is a friend of mine," the Brazilian forward told the club's website (via Mirror). "It is a pleasure to play with him, he is a great player, a great person and he’s the first one on my list.

Despite having played more games with the likes of James Milner and Jordan Henderson at Liverpool, Firmino snubbed the duo in favor of compatriot Fabinho in the center of the pitch.

“Next is Fabinho. He is a great friend of mine,” he said.

“It is a pleasure to play with him, he is a top player. He deserves everything he has achieved and yes, he is on my list.”

The Brazilian pulled another surprise as he snubbed Sadio Mane in his 5-a-side team and named Philippe Coutinho and Mohamed Salah in the last two spots.

“It’s getting difficult now," he continued. "The last two…Phillipe Coutinho, we had a great bond when we played together. It was a privilege to play alongside him. He is an amazing player and I admire him a lot. He is a real inspiration for me.

“At number five is Mohamed Salah. It is a great privilege to play alongside him, we have a strong bond both on and off the pitch. He is a great player, a great character. It is an honour to play with him and I hope we can keep on bringing the Liverpool fans joy for years to come,” he concluded.

Roberto Firmino's numbers for Liverpool so far this season

The Brazilian continues to be a pivotal figure for Liverpool. He's been one of the top performers for the Reds since the campaign kicked off, stepping up to score goals and create chances for his teammates.

So far, Firmino has made eight appearances for the Merseysiders across all competitions, recording three goals and as many assists. Klopp will be counting on him to continue helping the team as the term progresses.