Germany could become the first side to qualify for next year’s World Cup with a win in North Macedonia on Monday night. 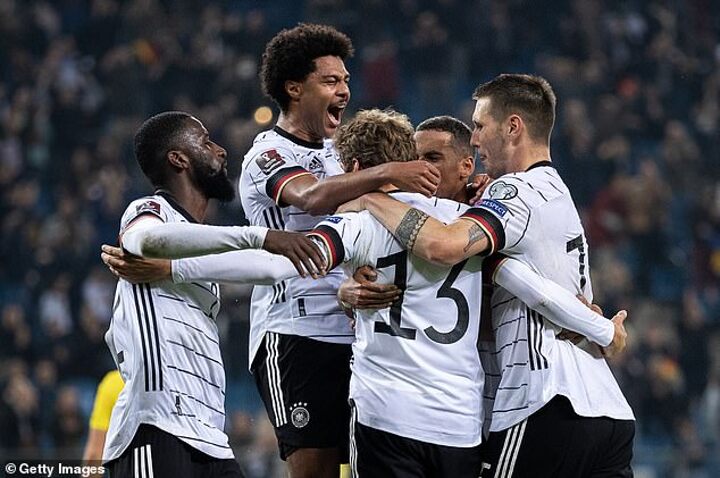 Coach Hansi Flick expects to have goalkeeper Manuel Neuer available for the Skopje qualifier after he missed Friday’s 2-1 victory over Romania with a minor muscle injury.

He has no other injury concerns with Germany seeking their fifth win in five matches since he took over this year. ‘We are on a good path. It is understandable that some things may not work yet 100 per cent, but we are on the right track,’ he said.

The four-time world champions, who suffered a shock first-round exit in 2018 and were eliminated in the round of 16 at last summer’s European Championship, will secure their spot in Qatar with two games to spare if they win on Monday and Armenia drop points against Romania.

Germany top Group J on 18 points, ahead of North Macedonia and Armenia on 12 with three matches left. The only nation guaranteed their place so far are hosts Qatar.

But North Macedonia, who stunned Germany with a 2-1 win in Duisburg in March, are desperate for a win to maintain their chances of advancing. 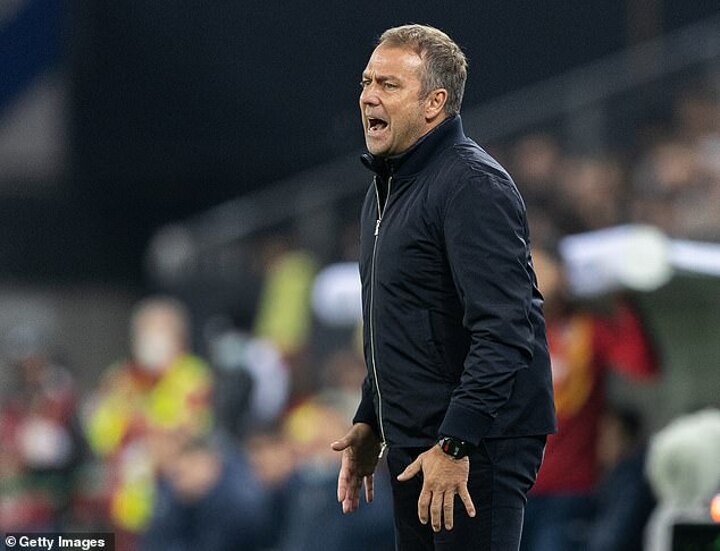 ‘I think the atmosphere in Skopje will be fiery,’ admitted Flick.

‘They will be fully motivated. With their win in Germany they now have more confidence.

‘They know how to play football, they have skilled players in the squad. So we have to show our own qualities and that will be decisive.’

Asked about Germany’s loss to this evening’s opponents under his predecessor Joachim Low, Flick said: ‘I do not look back at the past.’

‘We want to have our own philosophy on the pitch, to play united, remain active. We want to win and qualify as quickly as possible for the World Cup.’ 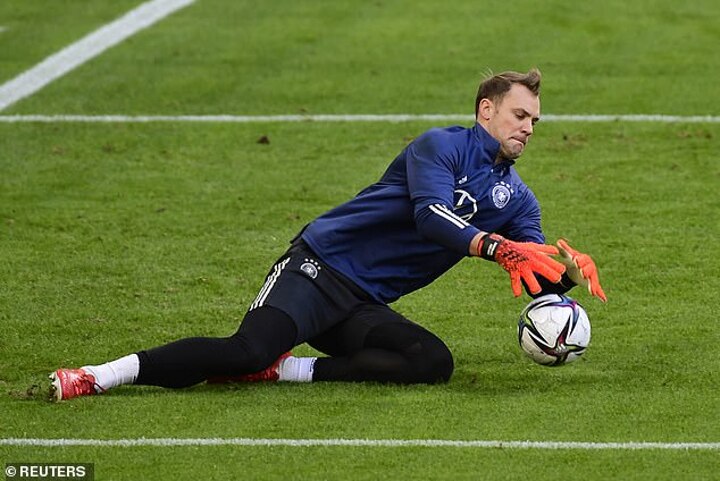