The Germany midfielder has been routinely linked with Chelsea in recent weeks, but Bayer Leverkusen say they have yet to receive an offer for him. 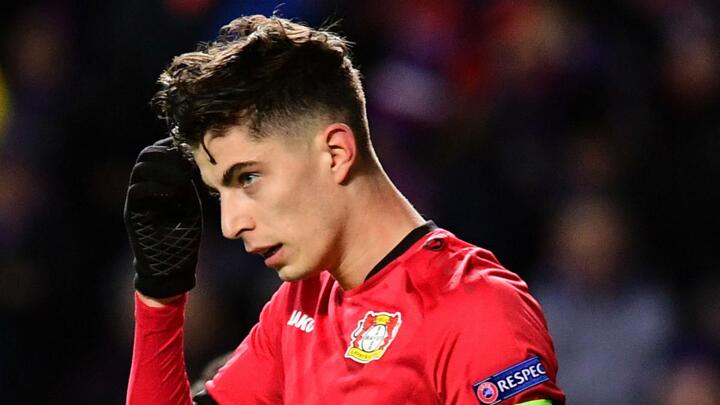 Bayer Leverkusen have not received any offers for Kai Havertz despite persistent speculation linking him with Chelsea and Barcelona, sporting director Simon Rolfes has revealed.

Havertz, 21, has been a revelation in the Bundesliga ever since making his breakthrough as a 17-year-old in the 2016-17 campaign.

The midfielder, who has been played in an increasingly attacking role over the past two years, has scored 29 Bundesliga goals since the start of the 2018-19 campaign, while his haul of 12 this term came alongside six assists.

Widespread speculation suggests it is unlikely he will remain with Leverkusen – who failed to qualify for the Champions League – next term, while Chelsea are said to have positioned themselves as frontrunners for his signature.

Leverkusen are reported to be demanding at least €78million (£70m) for the Germany international, whose national team colleague Timo Werner has already made the switch to Stamford Bridge.

But Rolfes, a former Leverkusen midfielder who is now in charge of sporting decisions at the club, insists no club has made an offer for Havertz yet.

"So far we have no offer," Rolfes told Sky Germany. "We know about the interest of clubs, but there is no official offer.

"We have said several times that we will end the season with our entire squad, and that includes Kai. That goes without saying for us."

Although the Bundesliga season is over, with Leverkusen finishing fifth, Die Werkself are still in the Europa League.

They are due to face Rangers at home next Thursday in the second leg of their last-16 tie, having won 3-1 in Scotland five months ago, prior to the coronavirus pandemic bringing a temporary halt to European football.

Should they get past Rangers, Leverkusen will face either Inter or Getafe in the quarter-finals.

At this point the competition will become a mini-tournament made up of single-legged ties - rather than the usual two-legged contests - after UEFA moved the latter stages to neutral venues in Germany due to the pandemic.