Erling Haaland scored four goals in a sensational second-half performance to help Borussia Dortmund come from a goal down to crush hosts Hertha Berlin 5-2 on Saturday and climb to second place in the Bundesliga. 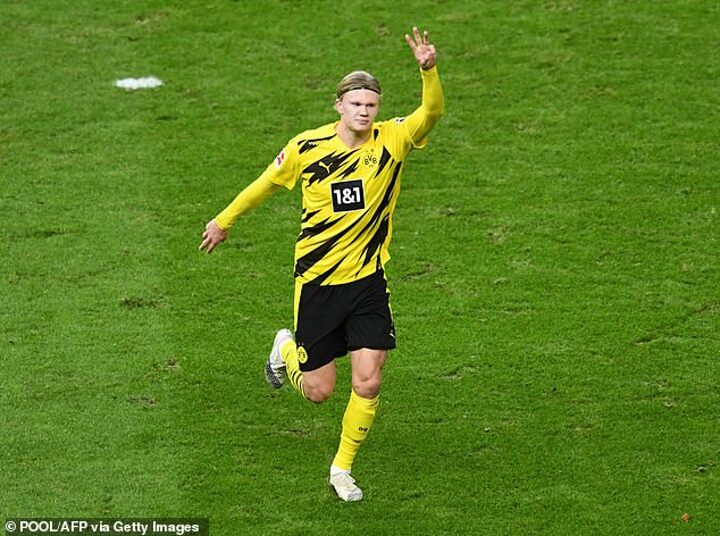 It was a memorable evening for Norwegian Haaland, who notched up his first away goals of the campaign and took his season tally to 10 goals in eight matches, one less than top scorer Robert Lewandowski of Bayern Munich.

Haaland also scored four goals for the first time in the Bundesliga and the 20-year-old said he had drunk an energy drink at halftime that boosted his performance. 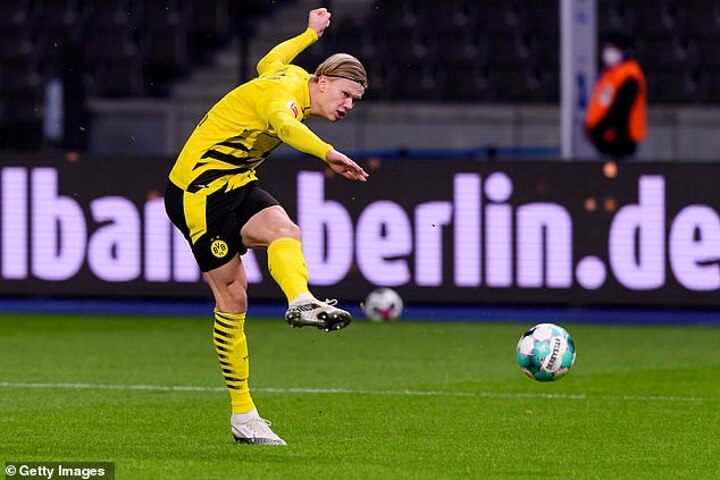 'It gave me wings at halftime and after that it went well,' he said. 'I liked the first goal a lot. But the second one was good as well.'

It was an equally memorable match for teenager Youssoufa Moukoko, who replaced Haaland late in the game to become the youngest ever Bundesliga player at the age of 16 years and one day.

Haaland struck twice early in the second-half to put his team in front after Matheus Cunha had stunned the visitors with an unstoppable shot in the 33rd minute. 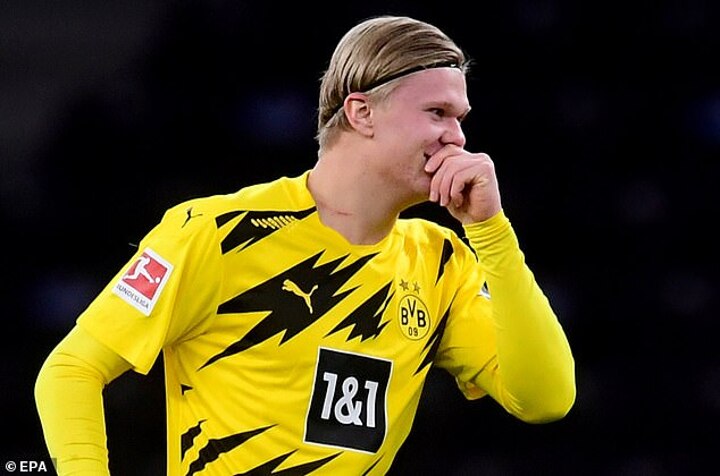 Haaland completed his hat-trick when he pounced on a Hertha mistake to round the keeper and slot in, with the hosts in complete disarray midway through the second period.

The Dortmund hitman grabbed his fourth goal after Raphael Guerreiro had also scored for the visitors and Hertha had briefly cut the deficit with a 79th-minute Cunha penalty.

Dortmund, who face Club Brugge on Tuesday in the Champions League, move up to 18 points, one point behind leaders Bayern Munich and ahead on goal difference of third-placed Bayer Leverkusen.