In preparation for the upcoming new 2. Bundesliga campaign, Holstein Kiel will face St. Pauli at the Holstein-Stadion on Saturday afternoon in a friendly. 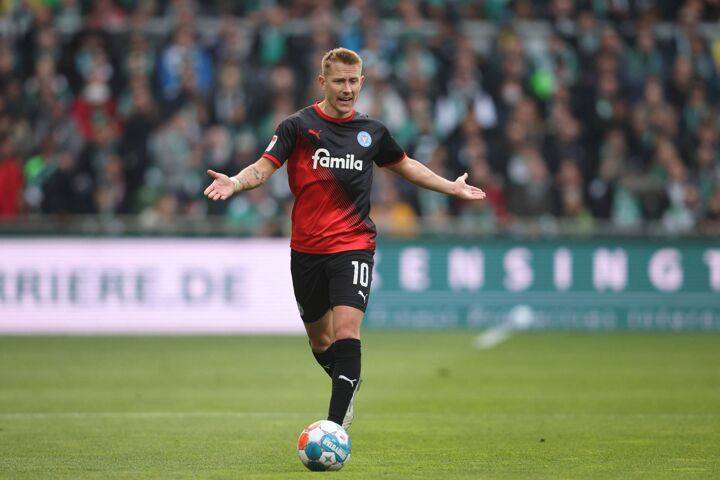 Holstein Kiel endured a very disappointing 2021-22 campaign, picking up a mid-table finish after making it to the playoffs the previous campaign. They ended the season with 45 points from 34 games, finishing 15 points behind the promotion playoff spot.

The Storks will now look to put out a much better showing next season as they push for their first taste of Bundesliga football. After the weekend clash, they are scheduled to face Austrian Bundesliga side Wolfsberger and Danish side Silkeborg before the new season commences.

St Pauli, meanwhile, enjoyed a stronger campaign than their opponents but failed to secure promotion after an implosion in their final seven games of the season. They went without a league win throughout the month of April and picked up just one win in May, which saw them drop from second place to fifth.

They have already begun their pre-season campaign, beating Hetlinger Mtv 13-0 on Sunday. They will now hope for a positive result here as well.

Holstein Kiel closed their season with three wins and two draws in their last six league games. They went unbeaten in their final four home outings and will now look to capitalise on their home advantage this weekend.

St. Pauli, meanwhile, won just one of their final seven games of the last campaign. They failed to pick up any wins in their final five outings on the road and could lose here.

Tip 2 - Both teams to score: YES (Both teams have found the back of the net in five of St. Pauli's last seven games).