Senegal superstar Sadio Mane has arrived in Germany to much fanfare and expectations are high - could he be the man to help the defending champions finally better their own single season record for most Bundesliga goals? 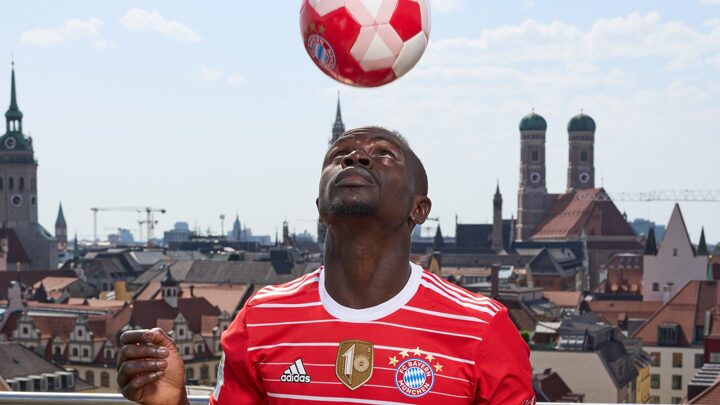 Julian Nagelsmann's side were just four short of Bayern's bar-raising 101 goal return in 1971/72, continuing a recent trend of near misses as they hunt down their league best from half a century ago.

Hansi Flick's 2019/20 team become only the second team to hit 100 goals in a sole Bundesliga campaign and were just one away from the record, while they pulled up two shy of that 1972 vintage the following season.

It means Bayern now own all nine of the top spots on the list for most single season Bundesliga goals by a club, with Borussia Dortmund's 85 goal effort last term rounding off the top 10.

Gerd Müller's 40 goals powered Udo Lattek's side to both the title and the record all those years ago and it's been Robert Lewandowski - who bettered Müller's 40-goal best in 2020/21 by registering 41 strikes - who has fired Bayern's string of recent challenges.

As well as breaching the 40-goal barrier, Lewandowski has hit 30 or more goals in each of his last three seasons and in Mane, Bayern may now have the additional firepower to reset the bar.

After all, it's exactly what the 30-year-old has been brought to the club to do.

"With his outstanding performances and his great successes at the highest international level over many years, there are very few players like him in the world," said Bayern CEO Oliver Kahn after securing Mane's signature.

"He's ambitious and eager to win more titles... with players like him at FC Bayern, all the biggest goals are possible."

It's easy to see why Kahn is so optimistic - Mane scored 120 goals and provided 48 assists in 269 competitive appearances with Liverpool and he guarantees goals.

Last season alone, Mane found the back of the net 23 times in 51 appearances as the Anfield outfit won the FA Cup and Carabao Cup, whilst finishing just a point behind English Premier League champions Manchester City and as UEFA Champions League runners-up to Real Madrid.

Not only does he now have Lewandowski to feed off, but also Thomas Müller, who provided 15 Bundesliga assists last time out and will relish the opportunity to tee up his new teammate.

And Mane has proven that he can score from all over the pitch, with his decisiveness in front of goal from wherever he operates a major factor in Bayern's pursuit of the forward.

"He said, quite modestly, he can imagine himself in any position," revealed Nagelsmann after getting his man. "It's rare to experience that in a first conversation, that a player puts themselves completely at the service of the club and the coach.

"Sadio is a player who can easily play in four or five positions - and can also switch during the match."

Mane's presence - and ability across the front line - at the Allianz Arena should also bring out the best of Kingsley Coman, Serge Gnabry and Leroy Sane, who know they will have to be at the top of their game in order to get minutes ahead of the club's latest marquee arrival, especially with places in World Cup squads to secure.

Gnabry was the club's second highest scorer with 14 Bundesliga goals last term, while Coman (six) and Sane (seven) will have known their output needed to improve before Mane turned up.

Müller perhaps puts it best when assessing the side's requirement for overall betterment, having watched the team race to 56 Hinrunde goals in 2021/22 - a record - before their output dropped to 41 in the Rückrunde.

"In the first half of the season we dominated," said Müller. "In the second half we have to admit that we didn't live up to our expectations... I think we as a team will benefit from this experience next year.”

Bayern will also benefit from Mane's experience - a player who has time and again scored decisive goals for both club and country in collecting league titles in England and Austria as well as claiming continental crowns for both Liverpool and Senegal.

Having hit double figures for goals in each of his past 10 seasons as a professional - just his first in 2010/11 didn't result in 10 or more league strikes - Mane brings with him to Bavaria the most gilted of edges to further sharpen an already incisive attack.

Don't be surprised if that tips them over the edge in pursuit of yet more history.