It may have happened 17 years ago, but Zinedine Zidane's remarkable Champions League winner remains very raw for Bayer Leverkusen. 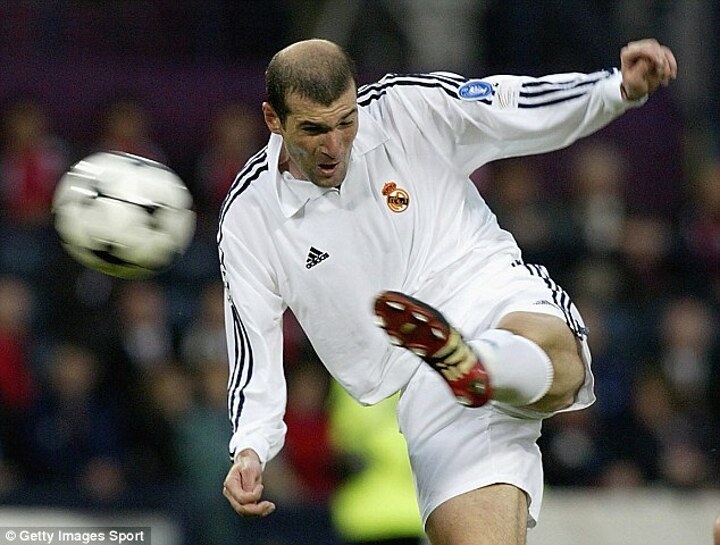 Zidane won the 2002 final for Real Madrid at Hampden Park with a sensational volley that remains one of the greatest goals scored in the history of the competition.

On the stroke of half time, a high cross to the edge of the box looked to be causing no danger for Bayer - only for Zidane to swivel and volley first time with his left foot, the ball flying like a rocket into the back of the net.

Wednesday marked the 17th anniversary of the game - Bayer's only appearance in the Champions League final - and they showed Zidane's brilliance has not been forgotten.

On Facebook, they posted a mock-up of the poster for the Melissa McCarthy and Richard E. Grant movie, 'Can You Ever Forgive Me?'

Zidane's name and picture are photo-shopped onto the poster, as if asking Leverkusen fans on their official fan page for their forgiveness. 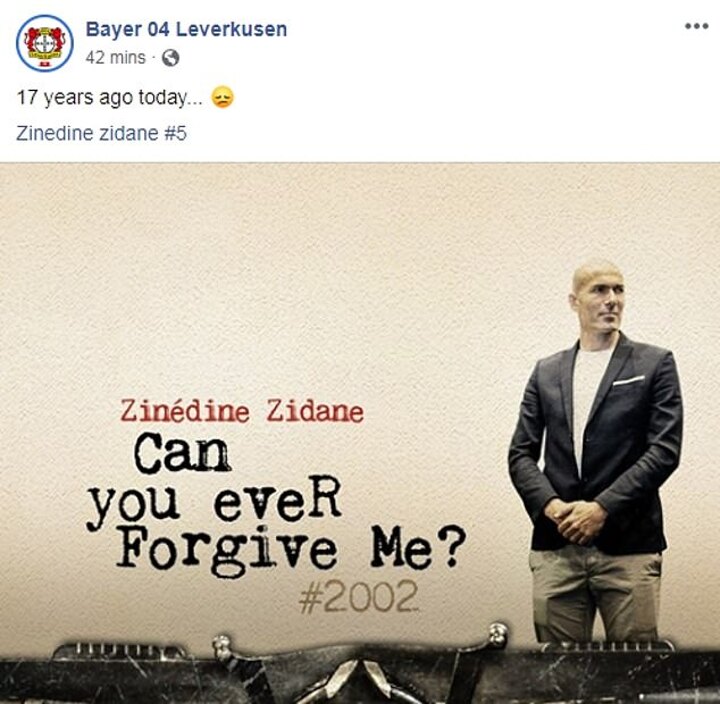