Manchester United fans are sure Jadon Sancho will be heading to the club next year on his latest Instagram post.

The England international was at the centre of the biggest transfer saga of the summer.

The Red Devils had made the 20-year-old their top target with Ole Gunnar Solskjaer desperate for a move to go ahead.

But Borussia Dortmund proved tricky negotiators and told United they must fork out £109m by August 10 or consider any sale off-bounds.

The date passed with no offer with Old Trafford chiefs sure it was just a negotiating tactic.

However, it very much turned out to be the case with Dortmund shutting up shop to any further advances.

It left United fans frustrated after they were sure Sancho would be draped in red for the upcoming season.

But his latest Instagram post has seen supporters believe he will end up at the Theatre of Dreams one day very soon, even as early as January.

The young forward returned to his club after a week with England for international duty and seemed to address the ongoing interest around him.

He wrote: "Back to work, ready and raring to go! Thanks to the fans for your continued support always! @bvb09 JS7 loading..."

And some fans took this as a message, with one saying: "See u at the theatre next year lad."

Another wrote: "We all know you wanted to come to United."

While one fan said: "Come to United next summer fella."

One other assuredly posted: "United bound in Jan." 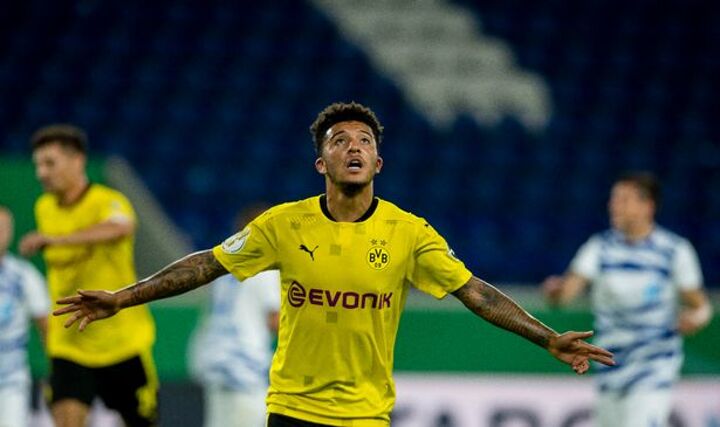 And another said: "See you in Manchester next year Jadon."

Sancho has never come out and addressed the rumours head on surrounding his future but reports have indicated he is happy to stay at Dortmund another season.

United were the only serious club in for the Englishman in the transfer window but that could change next year.

Several teams around Europe are interested but could not afford his nine-figure asking-price during a time of financial uncertainty.

Both Real Madrid and Barcelona have taken a look at Sancho, as well as Liverpool.