Bayern Munich great Lothar Matthaus thinks Erling Haaland's next "logical" step would be to join Bayern Munich, if he stays in Germany. 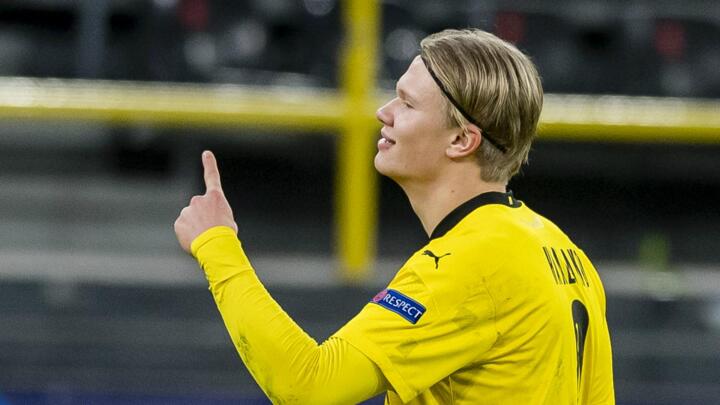 Lothar Matthäus believes that Borussia Dortmund ace Erling Haaland would be better off either joining Bayern Munich or leaving the Bundesliga for another league to further his career.

Haaland ripping up the records book

The Norwegian striker scored twice in the 0-4 win over Schalke last weekend to take his tally to 27 in all competitions this season, behind only Robert Lewandowski (31) in the Bundesliga. Haaland also scored two in the 2-3 win at Sevilla in the Champions League last-16 first leg to become the first player in the competition's history to score as many as 17 goals in his first 13 appearances.

The 20-year-old only joined Dortmund last January but is already being linked with a post-season move to one of Europe's major clubs. Real Madrid, Barcelona, Manchester United, Manchester City and Chelsea have all been credited with an interest in Haaland, who is speculated to have a release clause of €75million that becomes active in 2022.

Bayern great Matthäus thinks Haaland ultimately has two choices at this stage of his career: pursue a move away from the Bundesliga, or sign for the champions. "At a young age, he's a striker unlike any I've seen before: this goal tally, this power, passion, energy, as well as quality," he told Sport1. "He could follow in the footsteps of other great footballers of the last 13 or 14 years. He won't be at Borussia Dortmund for life. He'll look for bigger clubs; he'll get a bigger wage. If he stays in the Bundesliga, there's only one step for him: Bayern."

Bayern fall off the pace

Bayern have endured a dip in form of late, drawing with Arminia Bielefeld before a 1-2 defeat at Eintracht Frankfurt. Those results have allowed RB Leipzig to close to within two points of the leaders, and Matthäus thinks the challengers have an advantage in the title race due to squad depth.

Claiming a ninth title in a row for Bayern is "not a cast-iron guarantee", Matthäus wrote in his column for Sky. He added: "It's already the case that [Bayern coach] Hansi Flick turns to the substitutes bench at critical moments and thinks, 'Who exactly can really help me now?'. If the situation worsens in terms of personnel, the season could end far less successfully."