Paris Saint-Germain have increased speculation surrounding a possible move for James Rodriguez after leaving a comment on the player's recent social media post. 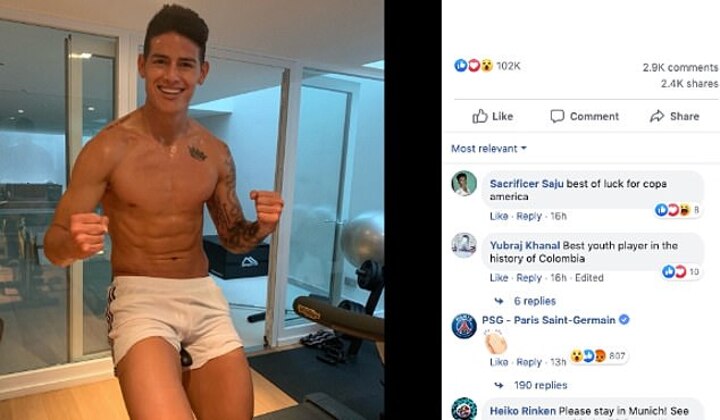 The Colombian took to Facebook to announce his return from injury with a picture of himself working up a sweat in the gym.

And fans soon spotted that PSG's official account had left a clapping emoji in the comments section.

The French champions are reportedly eyeing a huge summer move for Real Madrid's James Rodriguez if Neymar leaves the French capital to go the other way.

It will take a huge £300million to prize the Brazilian away from the Parc des Princes, and if they do lose their player it seems PSG will go in for Rodriguez instead. 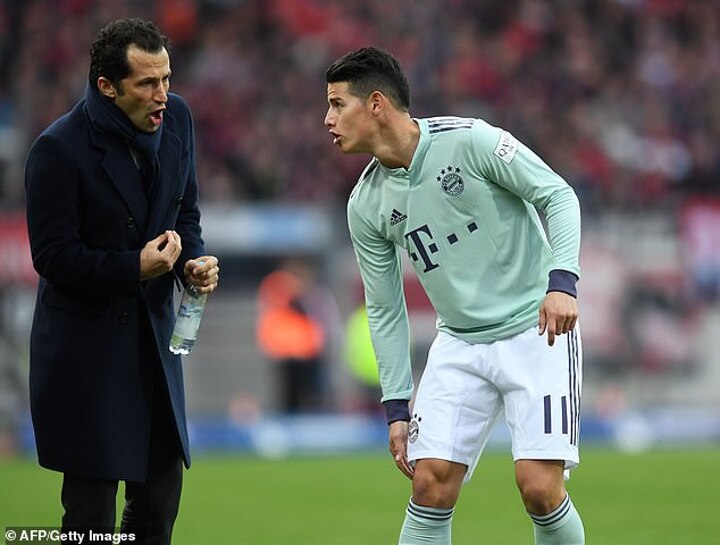 According to Bild, Rodriguez will not stay at Bayern Munich where he is currently on loan, and he has no future at the Bernabeu.

That means the Colombian, now 27, will head back to Madrid in the summer before being sold on ahead of next season.

Rodriguez, meanwhile, has struggled to impose himself in Germany, making just 20 league appearances this season for Niko Kovac's side.

The Bundesliga giants have the option to turn his move into a permanent one, with an option-to-buy clause of £36million inserted into the deal. 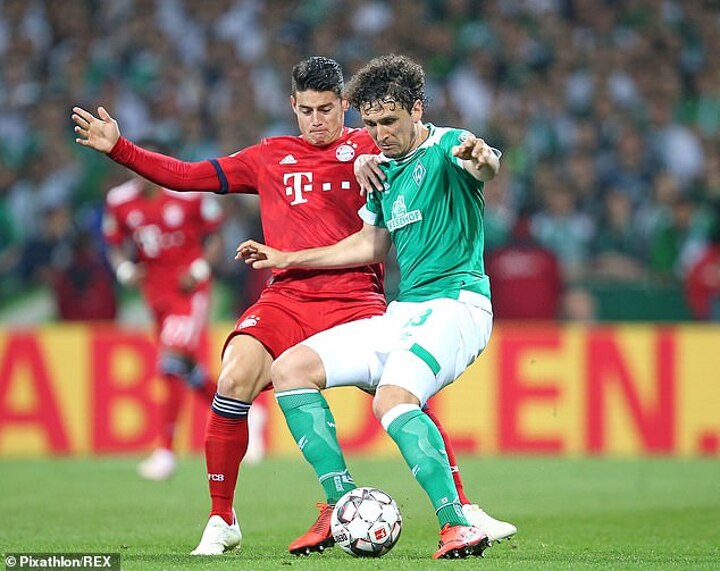 But, according to ESPN FC, Rodriguez is set on resisting any attempts to prolong his stay and is ready to head back to Real Madrid.

Zidane is the man that sent him out on loan in 2017, and despite leaving once, the Frenchman is back and sees no reason to keep Rodriguez upon his return.