Since joining Liverpool in 2015, Jurgen Klopp has awakened a sleeping giant and won pretty much every trophy there is to win in club football, which is no mean feat. The German tactician, along with the rest of the Liverpool backroom staff - most notably ex-Sporting Director Michael Edwards - has mastered the act of pulling off bargains in the transfer market and has built a team for the present and the future. 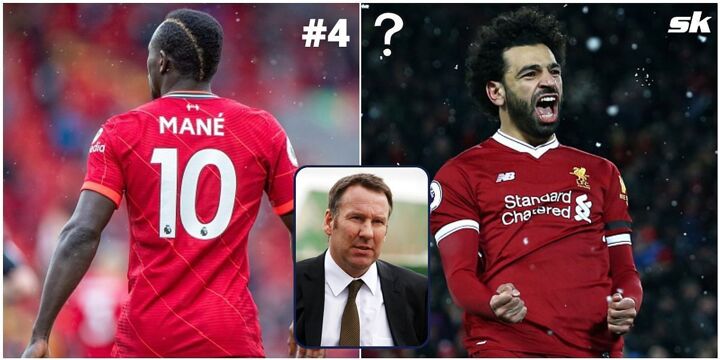 That's not to say Liverpool haven't spent big money on players, but in the grand scheme of things, they've enjoyed sustained success on the pitch while also maintaining a decent net spend on transfers.

Sadio Mane's recent departure to Bayern Munich will undoubtedly be one of the biggest talking points of the summer and it'll be interesting to see how the Reds cope without a player who was so consistent for them over the years. The arrival of Darwin Nunez has created excitement among the fans, but it goes without saying that there's a lot of pressure on the boy to hit the ground running immediately, because he's got big shoes to fill.

Mane's departure signals the end of an era for Liverpool, but with Klopp still at the helm, the Reds are still in good hands. Over the years, he has got his hands on some fantastic talents, but here, I attempt the virtually impossible task of ranking his best signings. 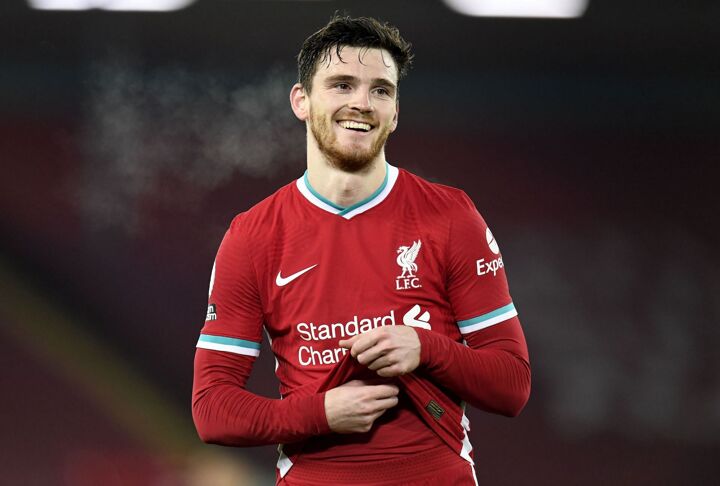 Andy Robertson came from Hull City and is a player any other team could have signed because he was right there in front of their eyes. It's not like Liverpool's scouting team unearthed a hidden gem from the far depths of Brazil, but you once again have to appreciate Jurgen Klopp's vision because he counted on the Scotsman to do the job for his team.

He's been an unbelievable signing for them, and to think they signed for a meager £8 million is just baffling. Robertson has been a consistent presence in the Liverpool backline and he very rarely gets rag-rolled by opponents, while he is one of the best crossers in the game. He is very direct and makes a massive impact on both ends of the pitch.

I considered the likes of Fabinho and Gini Wijnaldum, but Robertson gets the nod due to his consistency and for the fact that he turned out to be a massive bargain. 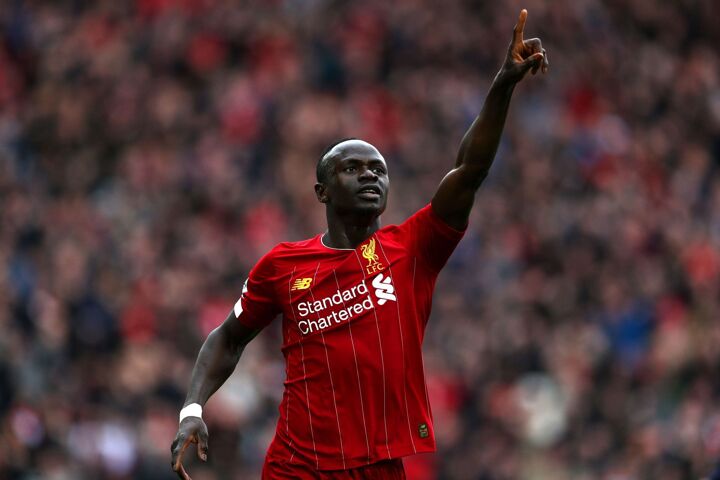 Much like Mohamed Salah, Sadio Mane has been a big game player for Liverpool over the years, I can't for the life of me understand why they've allowed him to move to Bayern Munich! If you look at his record, he never really scored the third, fourth or fifth goal of the game - his goals always won Liverpool points.

Especially for the price, this one could really come back to haunt Liverpool. In terms of the player he is, I just think people take for granted how consistent he has been for the club since joining from Southampton in 2016, maybe they'll realize his importance when they start the new season without him.

He works his socks off and does what it says on the tin, but most importantly, his versatility has been unbelievable under Klopp. He started off as a left-winger and was moved to the right flank after Salah's arrival, but in the 2021-22 season, he reinvented himself as a center-forward and produced a few huge moments in the second half of the season!

I don't see the value in this transfer at all for Liverpool. I know his contract was set to expire next summer, but they should have still kept him instead of selling for a fee believed to be in the region of £30 million. I mean, come on, I wouldn't be surprised if a Championship player gets sold for £30 million in the near future, so this is a transfer that just doesn't sit right with me.

Relying on Darwin Nunez to come in and hit the ground running immediately like Luis Diaz did is putting too much pressure on the kid, because stuff like that happens once in a blue moon. When you're competing against a relentless Manchester City side, you're effectively out of the title race if you start the season slowly, so it'll be interesting to see how Liverpool cope without Mane. 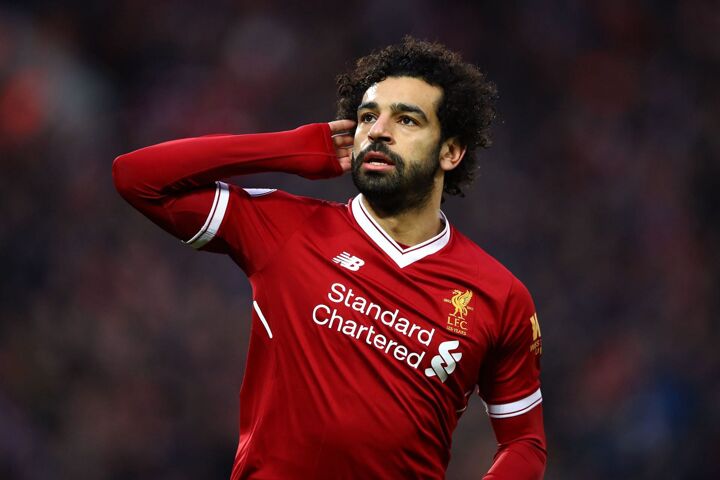 The numbers Mohamed Salah has amassed since joining Liverpool in 2017 are truly extraordinary. He has proved to be a big-game player for the club and scores all kinds of goals, while his ability to create is one of the most underrated aspects of his gameplay. He's won the Premier League Golden Boot thrice as a winger, which is proof that on his day, he is genuinely unplayable.

Liverpool have already lost Sadio Mane, so they cannot afford to let Salah leave on a free transfer next summer. Maybe Mane's departure could allow them to re-negotiate terms with the Egyptian, but we'll have to wait and see how the situation pans out.

Since he broke the Premier League record for the most goals scored in a 38-game season in 2017-18 with a staggering 32 goals, everyone's been waiting for him to slow down, but it just hasn't happened, has it? 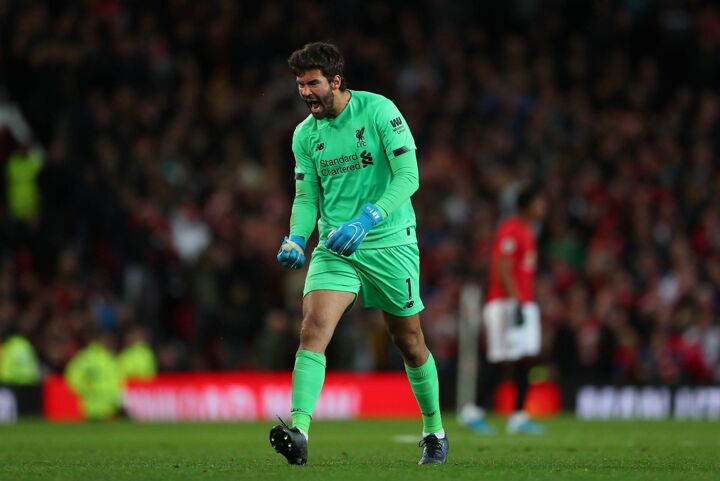 You can go through the list of all the recent winners of the FIFA World Cup, the Premier League, the UEFA Champions League and every other major competition in world football and there's hardly been a team that's gone on to win something without a top goalkeeper. Van Dijk was the biggest signing in Liverpool's history when he joined in 2019, but Alisson Becker was just as important a signing for the Reds.

Klopp paid a lot of money for the pair, but they transformed his team and made an unbelievable difference on and off the pitch. Alisson is a massive presence and is one of the most complete goalies of this generation, the fact that he comes out on top more often than not in 1v1 situations is just unreal. With him guarding the goal and Van Dijk in front of him, Liverpool have the license to go forward and attack with everything they've got, which has been a key feature of their gameplay over the years.

Alisson has only had a handful of bad games for Liverpool since joining the club in 2018 and is a massive reason behind the club's success under Klopp. He has even shown that he can step up and score a header in the dying moments of the game and if you look back on that moment, it was such a vital goal in Liverpool's recent history as they had UEFA Champions League qualification within their hands in the 2020-21 season.

Teams need a good spine to win trophies and with Van Dijk and Alisson, Liverpool have just that. As for Brazil, they are blessed with two world-class goalkeepers - you just wouldn't be let down regardless of who plays between Alisson and Ederson Moraes.

That said, if push comes to shove, I would personally choose Alisson between the sticks. 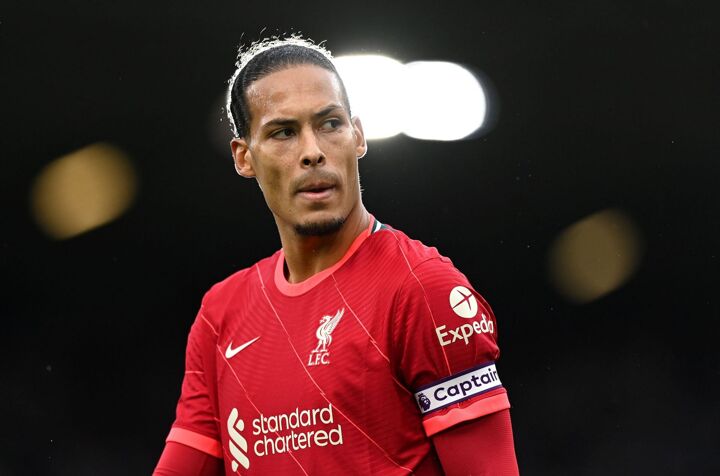 When Virgil van Dijk signed, people questioned why Liverpool splashed £75 million on a center back but he immediately took them to another level. He allows the two full-backs in Trent Alexander-Arnold and Andy Robertson to bomb forward and do as they please in attack - he's a Rolls Royce of a defender and has been an unreal signing for the Reds.

The funny thing is, anybody could have had Van Dijk because he has been around for a while now. He was at Celtic and I remember speaking to their owner at the time, who told me that he was going to be a superstar. He then went to Southampton and once again, anybody could have signed him then, but fair play to Jurgen Klopp and the vision he had for the Dutchman.

Van Dijk came close to winning the 2019 Ballon d'Or but was pipped to the award by Lionel Messi. I'm a big fan of him and I'd have liked for him to have won it, but attackers usually win the biggest individual honors, so I wasn't surprised when the award went to him. The last defender to win the Ballon d'Or was Fabio Cannavaro in 2006 after leading Italy to World Cup glory, which just goes to show that defenders hardly ever get their hands on the award.