Thomas Meunier was the player who made the tackle that injured Eden Hazard's ankle in November of 2019, in a match between Real Madrid and Paris Saint-Germain. The 29-year-old, who played for PSG at the time, maintains that it was an accident and a normal footballing challenge, but Florentino Perez didn't agree. 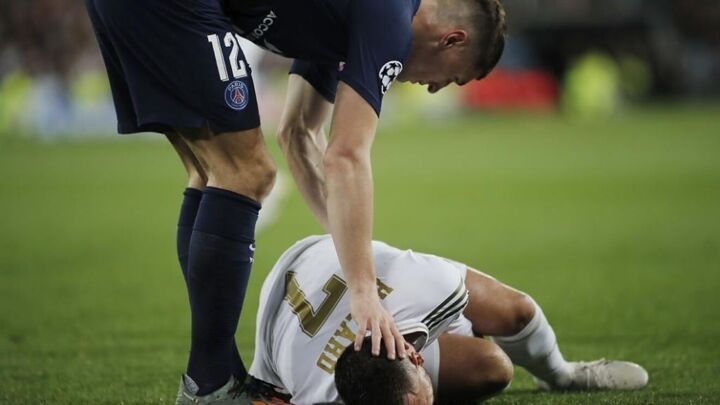 Meunier has revealed what the Real Madrid president said to him after that 2-2 draw, when they met in the corridors of the Estadio Santiago Bernabeu.

"After the match I was in the tunnel and Florentino arrived," Meunier revealed on RTBF Sport.

"I stretched out my hand and said 'pleased to meet you'.

"He replied saying 'Pleased to meet you? Do you realise you just injured Eden Hazard? And you tell me you're pleased to meet me?'

"I replied saying 'I injured Eden Hazard? It's my fault?'

Meunier went on to explain how he believes the injury was a complete accident.

"I put my foot in and he did too," the defender explained.

"His ankle got stuck.

"It was an inoffensive piece of contact between a defender and an attacker."