The Borussia Dortmund winger said it was a "special day" as he opened his Three Lions account. 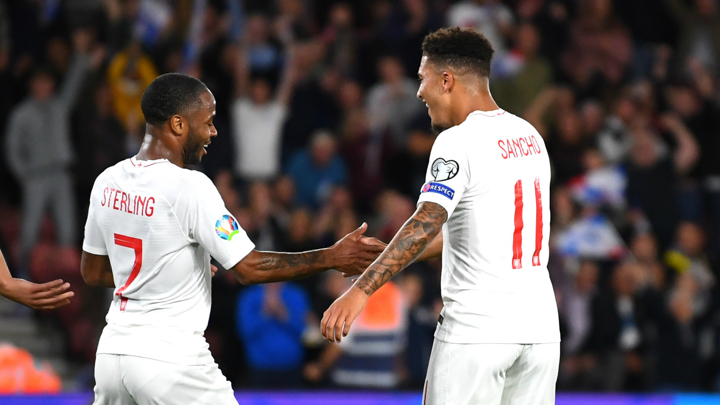 Jadon Sancho has dedicated his first England goals to his late grandmother after starring in a 5-3 Euro 2020 qualifying win over Kosovo.

"It was a good run from Raheem, he found me and I slotted it home," Sancho told ITV.

"It means a lot to me personally and for my family it is a special day.

"I dedicate the goals to my nan, who was a big fan of me but has sadly passed away."

"It was a crazy game. I'm delighted to score my first goal for England," added Sancho, who made his senior debut in October 2018 against Croatia in Rijeka.

"The opener was a bad mistake from us but it was a great comeback."