Serbia are set to play Sweden at the Rajko Mitić Stadium on Saturday in the UEFA Nations League. 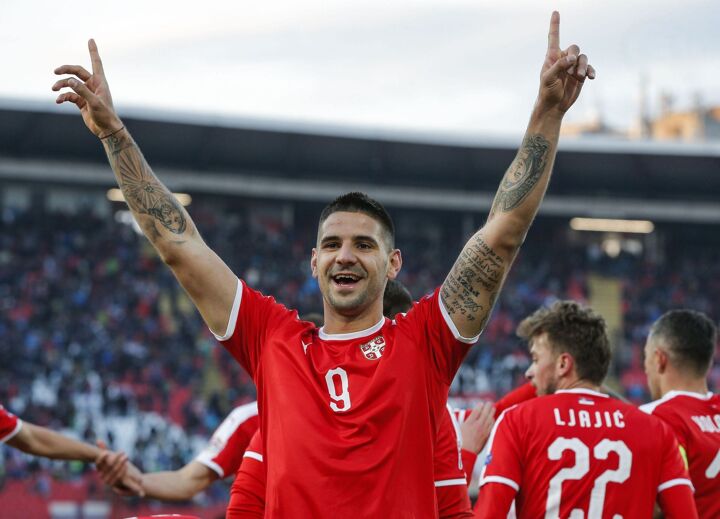 Serbia come into this game on the back of a 2-2 draw against Matjaz Kek's Slovenia in their most recent game. Goals from PAOK winger Andrija Zivkovic and Fulham striker Aleksandar Mitrovic for Serbia was cancelled out by goals from Panathinaikos midfielder Adam Gnezda Cerin and Red Bull Salzburg striker Benjamin Sesko for Slovenia. Serbia had Mallorca goalkeeper Predrag Rajkovic sent off.

Sweden, on the other hand, lost 3-2 to Stale Solbakken's Norway in their most recent game. A brace from Manchester City superstar Erling Braut Haaland and a goal from Real Sociedad striker Alexander Sorloth secured the win for Norway. RB Leipzig forward Emil Forsberg and Coventry City striker Viktor Gyokeres scored the goals for Sweden.

In three head-to-head encounters between the two sides, Sweden have won one game and lost two.

The two countries last faced each other earlier this year, with Serbia beating Sweden 1-0, courtesy of a goal from Fiorentina striker Luka Jovic.

Serbia have a talented squad, and players like Aleksandar Mitrovic will be confident heading into the international break. Stars like Sergej Milinkovic-Savic, Dusan Vlahovic and Dusan Tadic ensure that Serbia have some excellent options to choose from.

Sweden, on the other hand, have young stars like Dejan Kulusevski, Alexander Isak and Anthony Elanga in attack. Experience is provided by the likes of Victor Lindelof and Emil Forsberg.

A close game, with Serbia to beat Sweden.