Despite not winning the Nations League, Spain did not return empty handed when they arrived back in Madrid. 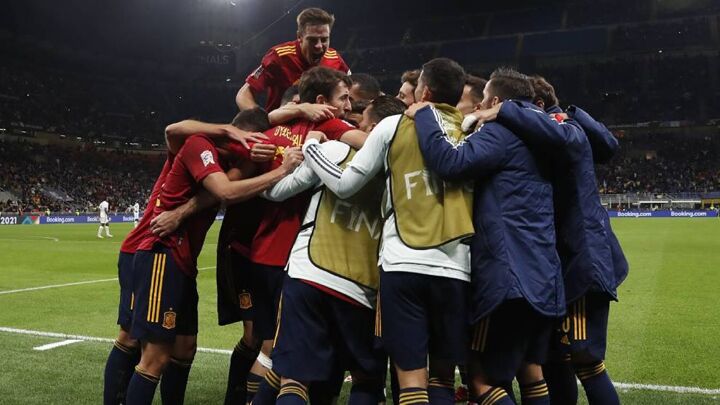 Luis Enrique's Spain have once again got people talking about the style in which they play, the way they subdue their opponents through possession and how they manage games.

In the space of five days, the Spanish national team took on the current European and world champions.

The former, Italy, fell short to Spain in front of their home fans, making La Roja the first team in history to beat the Azzurri at the Stadio San Siro.

The latter, France, were triumphant against Luis Enrique's men, but Spain made it clear that their football is capable of competing with the best.

With the second season of the Nations League now over, Spain have triumphed in terms of statistics, which should come as no surprise for La Roja.

Spain finished third, however, as the team with the most goals, falling short of France (17) and Belgium (19).

But aside from the numbers, Spain's style of play in the semi-finals and the final has received a positive response, with both Italy and France struggling to find a response to Luis Enrique's plan.

After the match, France boss Didier Deschamps spoke to MARCA about where he sees the Spanish national team at the moment.

"Qualification [for the World Cup] will be difficult for everyone," he commented.

"I know that Spain are fighting for top spot in their group along with Sweden.

"Every match is difficult, but from what I saw here tonight and what I have seen in the past, Spain have more than enough quality to qualify.

"It's good for the World Cup that a team like Spain is there, the competition needs teams like that."

But Deschamps' compliments didn't stop there.

"It doesn't matter who Spain play, whether they are young or old, all the players have a great ability to control the ball and in doing so wear out the opposition," he added.

After the Italy clash, Roberto Mancini said similar things about Luis Enrique's side.

"Spain was the team that put us in the most trouble at the European Championship," he said.

"Their school of thought revolves around ball possession. They are very good at that.

"More recently, I think we have reached their level."

Mancini went on to explain how Spain's style of play was what he based his tactics for the Italy side on, following their disappointment at not qualifying for the 2018 World Cup in Russia.

Despite the defeat to France, Spain remain a tough test for any opponent, which they have proven in their results.

Under Luis Enrique, Spain thrashed Germany 6-0, they won at Wembley Stadium and at the San Siro, and they have never lost by more than one goal.