Real Madrid are keen to sign a No.9 to first coexist with and then eventually replace Karim Benzema, and Zinedine Zidane has made clear that one of those linked, Borussia Dortmund striker Erling Haaland, is a talented player. 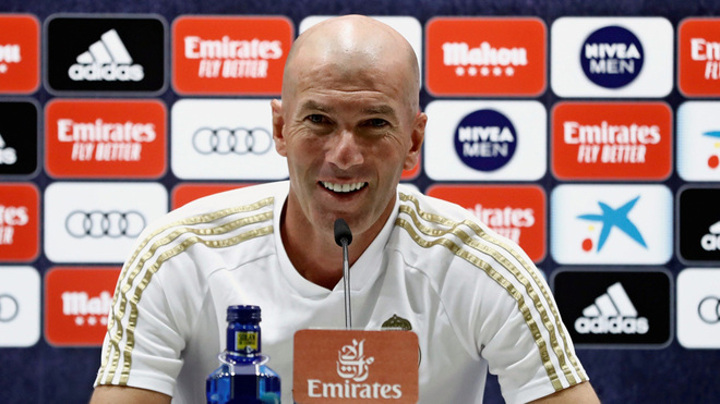 Haaland joined up with Real Madrid playmaker Martin Odegaard whilst on international duty for Norway, with the two combining to devastating effect against Romania in particular.

"Martin played a little differently, in a line of four [in a 4-4-2 system]," Zidane said during Friday's pre-match press conference. "Haaland is not my player, but he is good. What can I say?"

Borja Mayoral admitted in his presentation as a Roma player that Zidane was keen for him to stay and that Real Madrid were going to look to move on Luka Jovic, but it ended up being the Spaniard who departed while the Serbian remains a part of the Frenchman's squad. So, did it bother Zidane that Mayoral said this?

The Real Madrid boss may now have an issue with Jovic, yet he doesn't believe that he will have difficulties when it comes to motivating him.

"That's not the case, Jovic is a Madrid player," Zidane affirmed. "I have asked for Jovic, then everyone can have an opinion. Talking nonsense is complicated. It's not like that, but it's okay."

Kylian Mbappe has publicly declared his admiration for two Real Madrid legends in Cristiano Ronaldo and Luka Modric over the international break, which has put yet more fuel on the rumours that the Paris Saint-Germain could join Los Blancos in a big-money move, but Zidane doesn't think this is affecting the current Real Madrid dressing room.

No, this has always happened," he said. There are always a lot of rumours and I am not just talking about Mbappe. It will not affect our group, but as you know it is over because the market has closed and we have this group to fight until the end."

Real Madrid will take on Cadiz on Saturday in their first match since the international break, and many of Zidane's players have been on international duty, meaning that he had reduced numbers in training.

"We know that these are training sessions [during the break] without 12 or 14 players, but they all went well," Zidane noted. "That's all there is to it. Tomorrow we have a game and now a block of seven games [before the next international break]."