Manchester United's thrilling 6-2 win over rivals Leeds on Sunday saw them climb up to third in the Premier League and, with a game in hand, they are very much looking up the table. 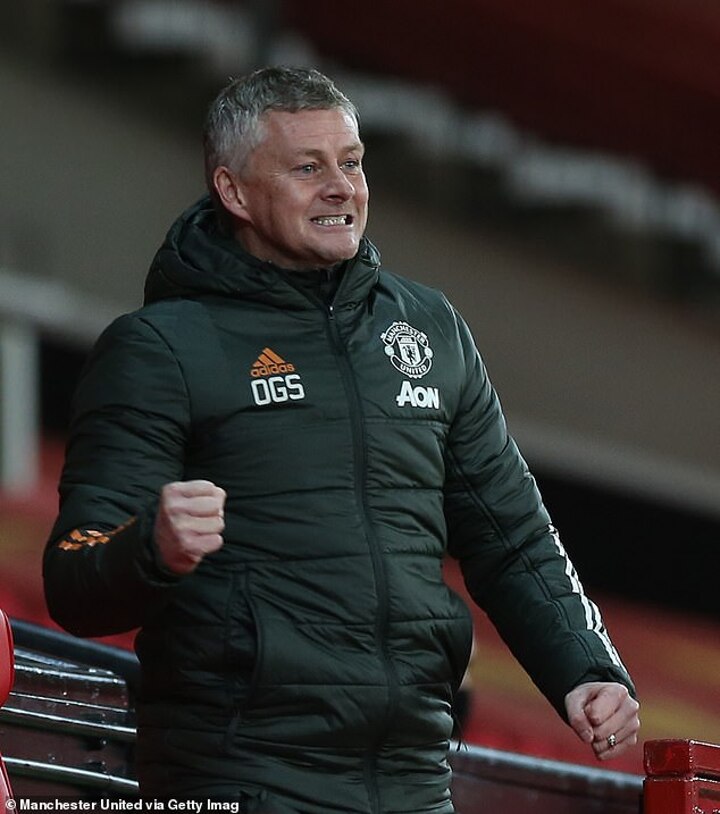 Ole Gunnar Solskjaer's men have a game against Burnley which at present would see them rise up to second in the standings and just two points behind leaders and fierce rivals Liverpool.

It is a stirring return to form for United who have endured an indifferent season so far - victory over Leeds was just their second at Old Trafford so far in the Premier League while they were, of course, dumped out of the Champions League earlier this month.

But could that work to their advantage as they chase Jurgen Klopp's side? Sportsmail takes a closer look at their title credentials. 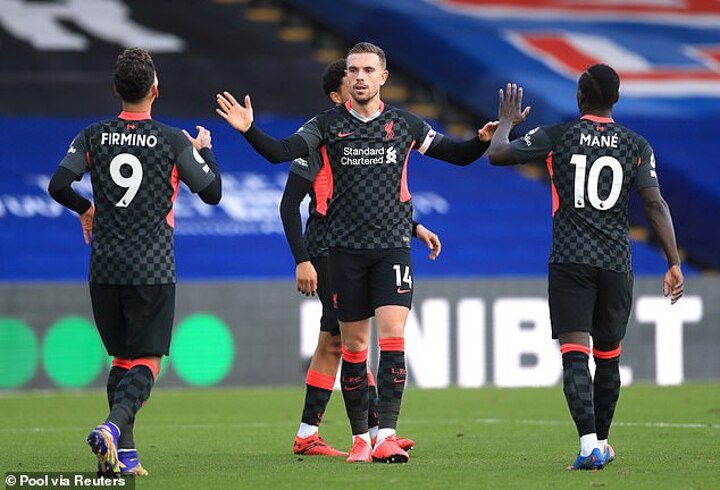 Much has been made of Liverpool's injury crisis but it is slowly starting to ease. That was typified by Alex Oxlade-Chamberlain's return to first-team action in the 7-0 win at Crystal Palace, while Thiago Alcantara, Xherdan Shaqiri and James Milner are closing in on returns.

Diogo Jota, meanwhile, is out until February with a knee injury.

But even once they are all back in the mix, they will need time to regain their full sharpness. For United, the injury list as present is less alarming.

The biggest concern is over midfielder Scott McTominay, who scored twice against Leeds but was forced off late in the game with what appeared to be a groin issue.

Left-back Luke Shaw has recovered from illness but Solskjaer is being patient with getting him back into the first-team fold. Both McTominay and Shaw are doubts for the midweek clash against Everton in the EFL Cup. 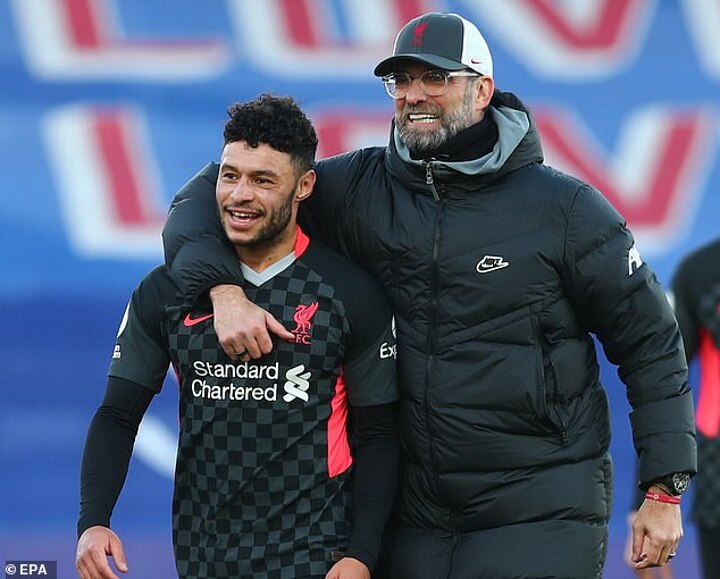 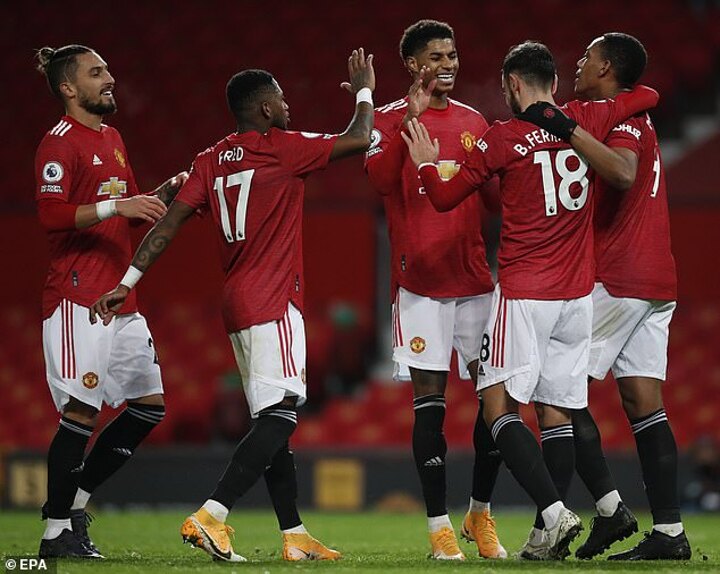 Being dumped out of the Champions League was humiliating for United and will be a major stain upon their season, no matter what they go on and achieve.

But Solskjaer needs to turn it into as much of a positive as he can. And come February, where the packed schedule will no doubt be felt by teams across the Premier League, Europa League participation could give him a chance to rest some of his key men.

United face Real Sociedad in the Europa League - Spain's surprise package in LaLiga and a tie that will see David Silva, the Manchester City hero, return to Manchester.

Liverpool, meanwhile, face RB Leipzig, the German side that beat United to demote them to Europe's second tier competition. The first leg for Liverpool is on February 16 while United's first game against Sociedad comes two days later. 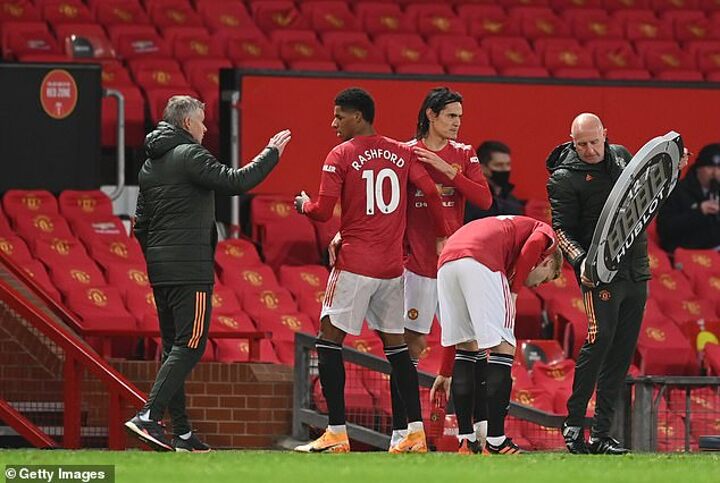 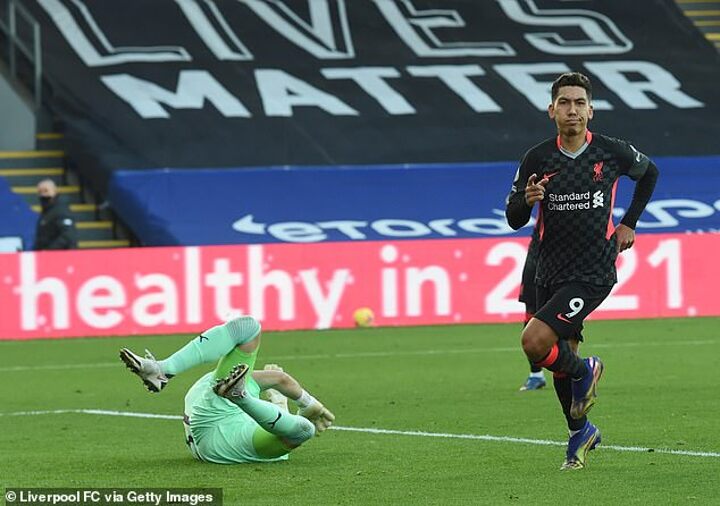 HOW DO FESTIVE FIXTURES COMPARE?

Before talk of Europe gets too strong, both sides need to negotiate the notoriously tricky Christmas schedule. And it is here where United have the opportunity to make a major statement of intent.

After Wednesday's quarter-final EFL Cup clash away to Everton, United face face second-place Leicester at the King Power stadium on Boxing Day. They then meet Wolves on December 29 and Aston Villa on New Year's Day, before attention turns to Watford in the FA Cup.

For Liverpool, Sam Allardyce's West Brom await at Anfield on December 27. Jurgen Klopp's side then meet Newcastle on December 30 and follow it with a tricky trip to Southampton on January 4.

And once the FA Cup third round is out the way, a tantalising showdown between Liverpool and United is scheduled for January 17 at Anfield. If both sides have a strong Christmas, it could well be a first installment of a 2021 title showdown. 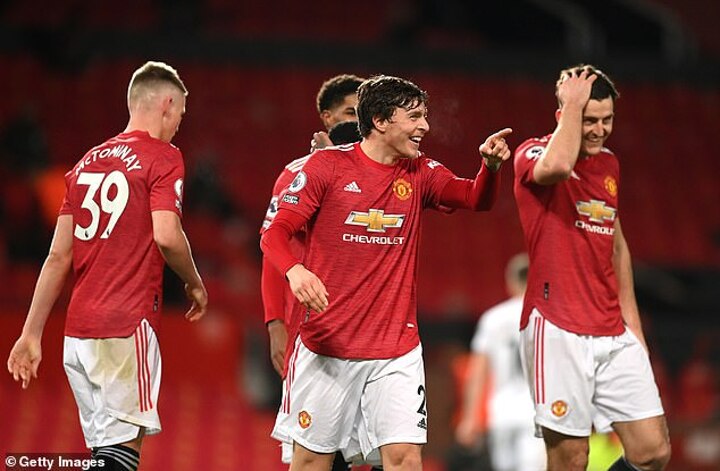 Plenty is rightly made of Liverpool's front line of Mohamed Salah, Sadio Mane and Roberto Firmino, backed up by summer signing Jota - even if he is out for the next two months.

But United have firepower just as potent as anyone else in the league in Mason Greenwood, Marcus Rashford, Anthony Martial and Edinson Cavani.

Liverpool are the highest scorers in the league so far, with 36 goals, but United are second on 28.

It is worth remembering too that for all the strikers they have that can change a game, their top scorer at present is midfielder Bruno Fernandes. The Poruguese has 13 goals to his name so far. 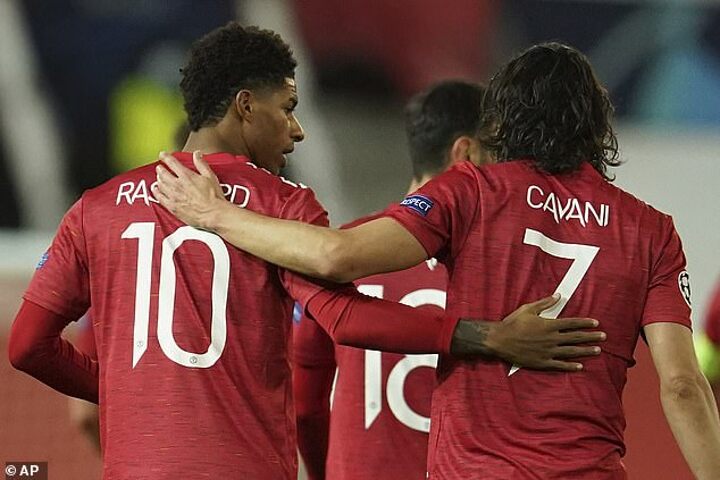 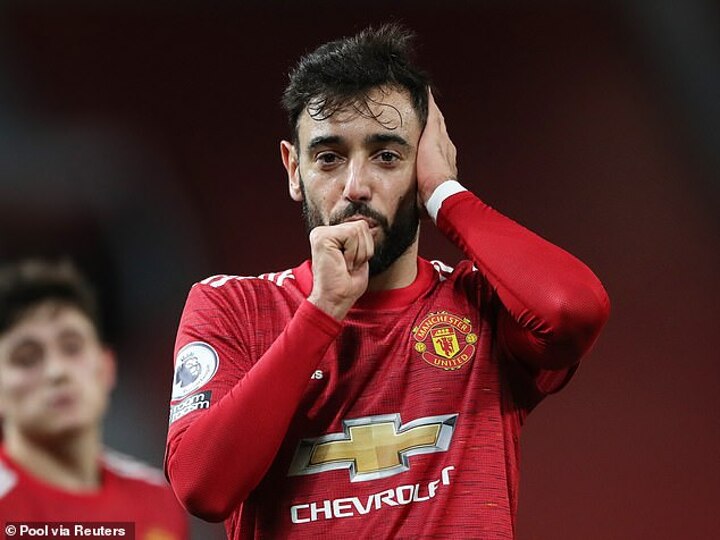 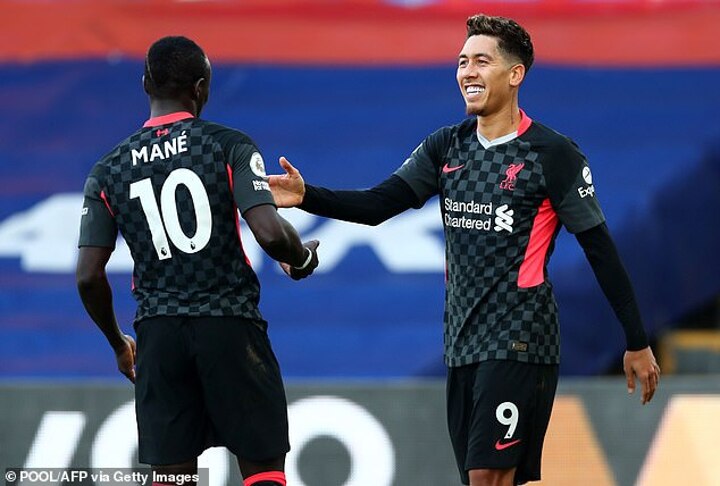 Should both teams uphold their title push, the last five games could prove fascinating if the race to finish first goes down to the wire.

On matchday 33, Liverpool and United meet at Old Trafford in an encounter currently slated for May 1. Following that, Solskjaer's men lock horns with Aston Villa, Leicester, Fulham and Wolves in a tricky end to their campaign.

Liverpool, meanwhile, round off the season with matches against Southampton, West Brom, a trip to Burnley and Crystal Palace to bring the curtain down upon the 2020-21 campaign.

It is worth acknowledging too that United finished the 2019-20 season extremely strongly to push up into third by the time the campaign eventually ended. Liverpool, meanwhile, saw results dwindle after they had sealed Premier League glory.