Replacing a legend is never easy - just ask David Moyes and Unai Emery. It is a poisoned chalice, leaving you on a hiding to nothing. Every mistake magnified and every triumph someone else's making as the weight of history grows ever larger. 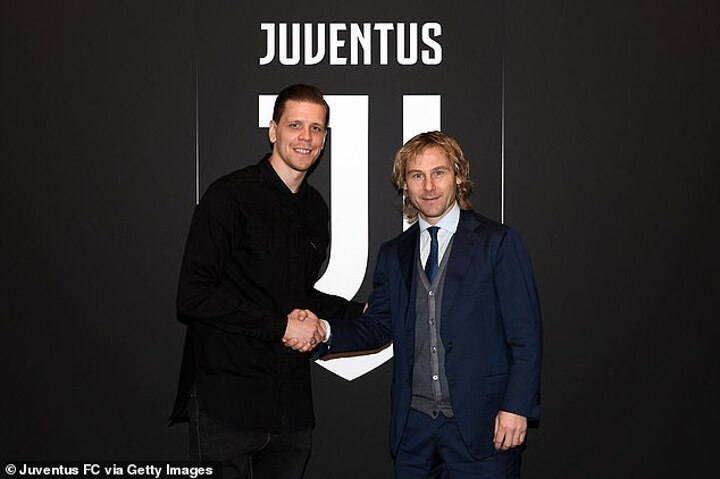 There are few figures as iconic or legendary as Gianluigi Buffon, certainly not in Juventus history.

That the responsibility to don Buffon's sizeable gloves fell to Wojciech Szczesny would have alarmed many followers of English football. 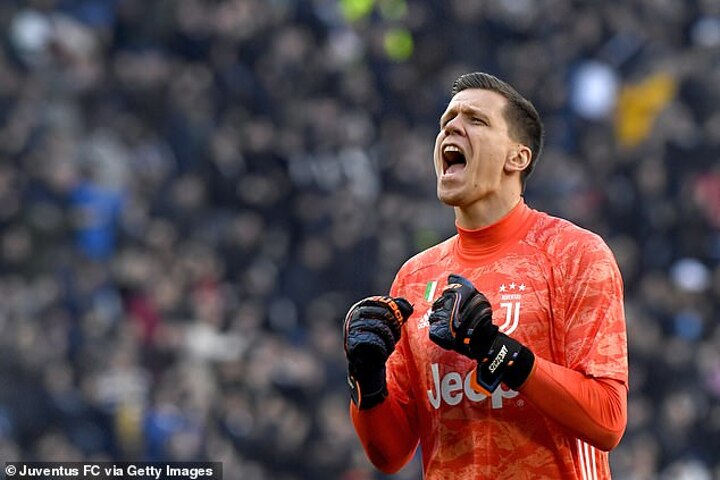 The Polish goalkeeper's quality has never really been under question, but his attitude, consistency and maturity has been found lacking over the years.

Arsenal fans certainly reveled in his on-pitch selfie in front of the away end after a north London derby victory at Tottenham in 2014, but did Arsene Wenger?

Smoking in the dressing room showers after two costly errors in a 2-0 defeat at Southampton on New Year's Day in 2015 was the final nail in the coffin of his Gunners career.

It seemed unthinkable then that five years later he would be the heir apparent to Buffon. A new four-year deal has cemented his spot as Juventus' No 1.

The 42-year-old Italian veteran returned to Turin after a year at Paris Saint-Germain last summer, but has not come close to ousting the man 13 years his junior.

'I admit it is very strange to have Gigi Buffon as my back-up,' Szczesny told Tuttosport last year. 'A few years ago, it would have seemed crazy to even think of such a scenario. 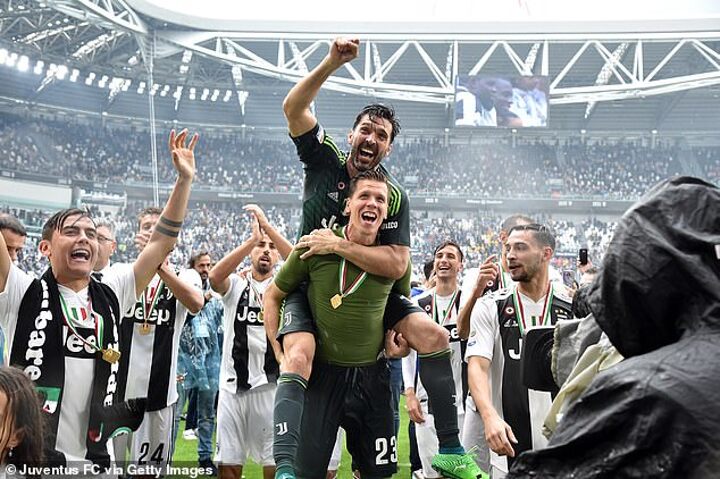 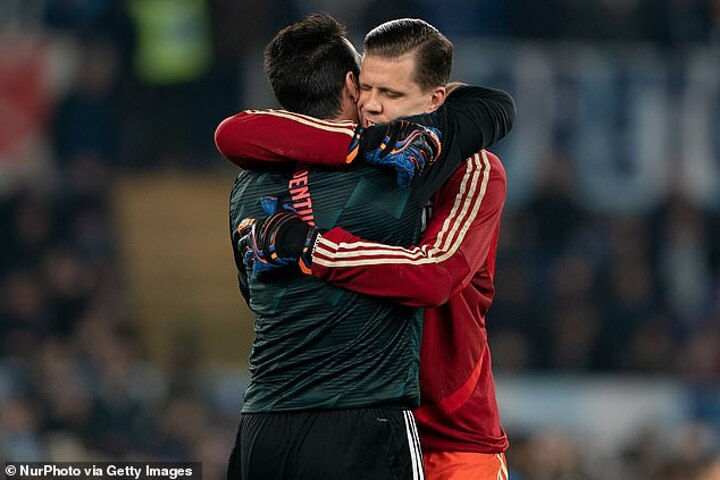 'But I can tell you that this experience gives me a lot of joy, because Gigi is first and foremost a friend, and then a team-mate. We have a great relationship, so I am living this experience to the fullest and with the utmost pleasure.'

Learning from the best in the business has helped Szczesny to hone both his focus and his talent. He doesn't want to just win more titles between now and 2024, as he admitted this week: 'I want to win everything'.

This is an attitude in stark contrast to his formative years at Arsenal, where the club embarked on an infamous nine-year trophy drought as the money dried up for Arsene Wenger and the experimentation with youth began.

Szczesny, like Cesc Fabregas before him and Aaron Ramsey later, was just one of those talented teens from the continent that Wenger hoped could be molded into the backbone of an elite Arsenal side.

He came to symbolise that post-Highbury, early Emirates era, though perhaps not in the way he or his manager had envisaged.

He rose through the ranks after joining from Legia Warsaw in 2006, and Wenger was glowing in his praise by December 2009. 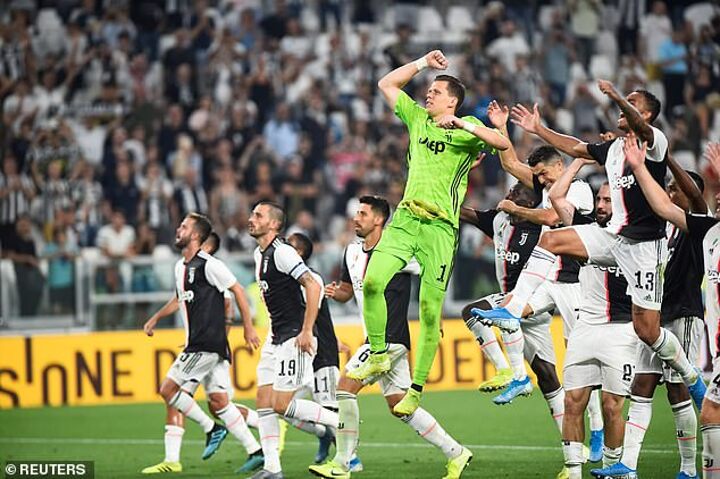 'We have identified Wojciech as a future great, great goalkeeper', he said.

'I really believe in him that he will one day be Arsenal's No 1. He has all the qualities you want from a goalkeeper.'

He enjoyed a productive loan spell at Brentford in the second-half of the 2009-10 season, and in 2015 he was voted their goalkeeper of their decade.

Midway through the 2010-11 season he had displaced both Lukasz Fabianski and Manuel Almunia as the club's No 1.

He made a string of fine saves in a last-16 Champions League victory over Barcelona that February, but all that was undone just a few weeks later in the Carling Cup final.

A long ball in the last minute had been pumped up field by Birmingham keeper Ben Foster and flicked on by Nikola Zigic. But it caused indecision between Szczesny and centre-back Laurent Koscielny.

Both went to claim the ball. The Frenchman was first to it but at the last second pulled out of a swipe with his right foot. He left it for his goalkeeper, who spilled it into the path of Obafemi Martins. 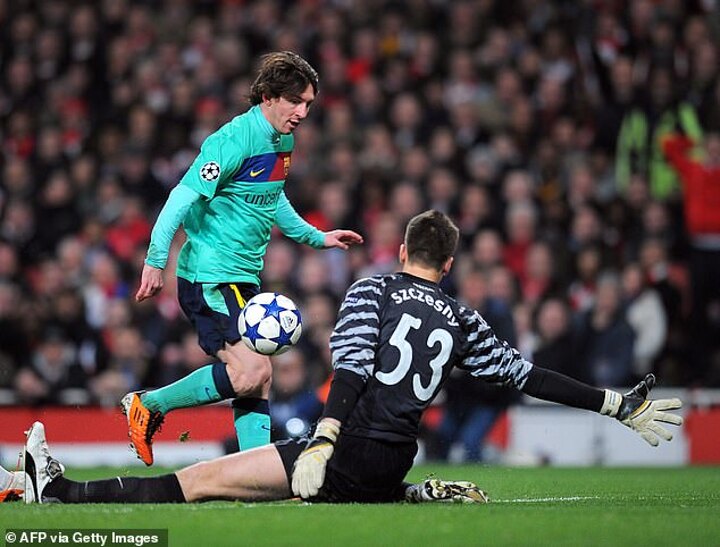 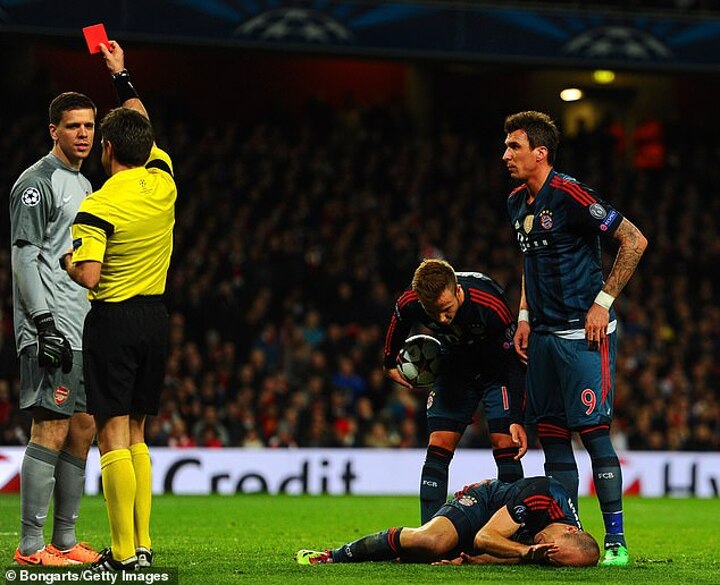 The cup final was lost, and it summed up Arsenal's inability to get over the line, coming just weeks after they had surrendered a four-goal lead away at Newcastle.

Wenger's faith persisted and Szczesny remained first choice. He gained the No 1 shirt after the release of Manuel Almunia ahead of the 2012-13 season, even after he had been sent off in Poland's Euro 2012 opener against Greece - a home tournament.

His struggles continued into 2013, and he was dropped for a trip to Bayern Munich after a series of high-profile mistakes, in particular one that saw them knocked out of the FA Cup at home to Blackburn and continued the trophy drought.

A dishevelled defence and a goalkeeper lacking confidence was a recipe for disaster. Question marks were beginning to be raised over the long-term viability of the Pole. He was strong and agile, all the hallmarks of a great keeper, but his concentration was slipping all too regularly and allowed mistakes to creep in far too often.

A year later he was sent off in another Champions League defeat by Bayern Munich. This preceded the famous White Hart Lane selfie, which seemed to hint at a mentality lacking a killer edge, obsessing in fan service and not the ultimate pursuit of glory and silverware. 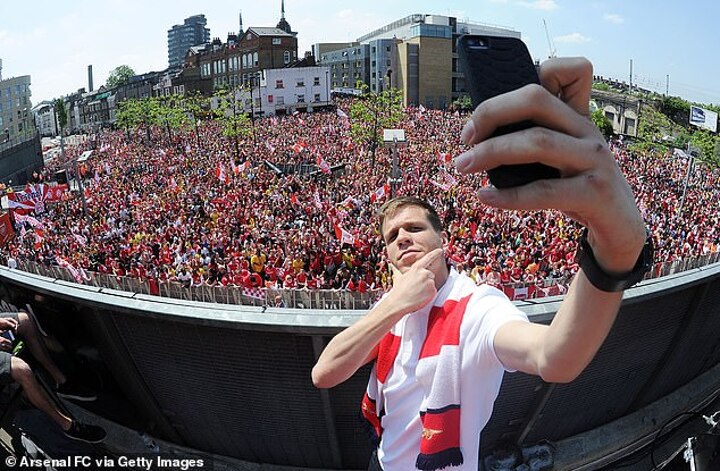 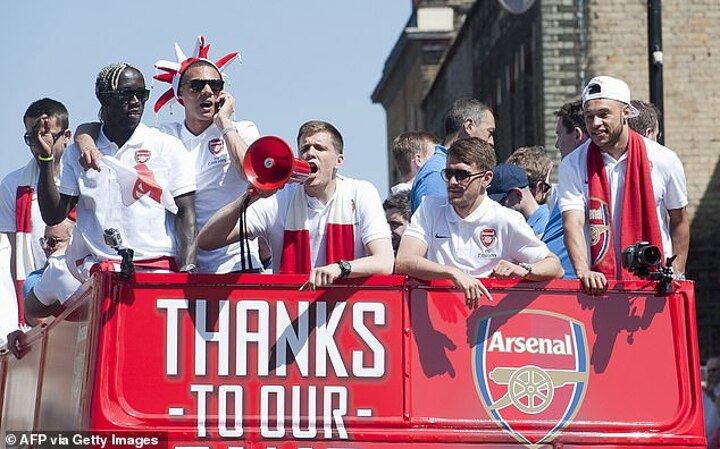 It came amid his best season in an Arsenal shirt, though. One that saw him share the golden glove with 16 clean sheets, and finally break the trophy drought with a memorable FA Cup final victory over Hull at Wembley.

But by January the next year he was on his way out. A dismal display at Southampton, where he was at fault for both goals, was the final straw for Wenger.

He needlessly raced off his line to challenge Sadio Mane, who then effortlessly chipped him. A defensive mixup for the second saw him prod the ball back to goalscorer Dusan Tadic. Instead of delivering a rollicking to his defenders, he sat on his haunches and swigged a drink from his bottle. He looked a man resigned to his fate.

The smoking saga then followed, and there was no return for a player who looked to have squandered it all.

He was duly dropped, and only played another five times for Arsenal - all in the FA Cup. He never played in the Premier League again.

Petr Cech joined that summer, and Szczesny became the high-profile casualty of an attempt to cure Arsenal's supposed soft centre. He left on loan to Roma for two seasons, before joining Juve in 2017.

It was a decision that made sense at the time. A senior goalkeeper with a winning edge was joining. It was said he would win Arsenal an extra 15 points a season. But Cech was already in decline after losing his place to Thibaut Courtois at Chelsea, and a shadow of the leading keeper he once was. 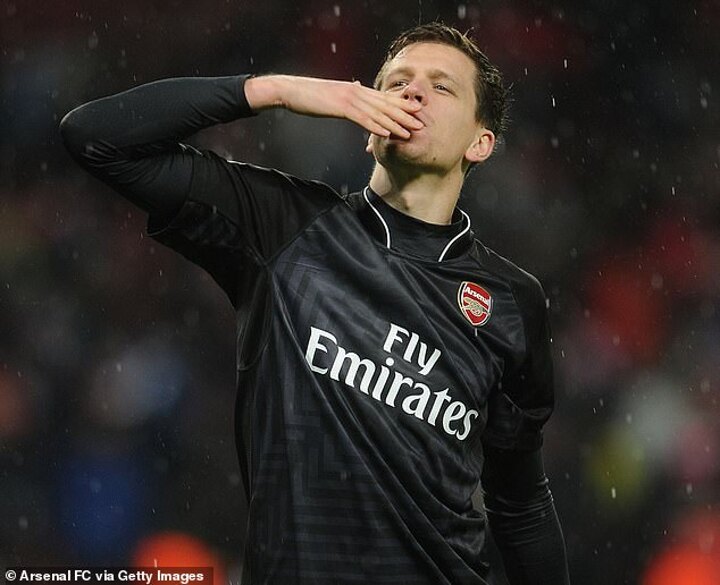 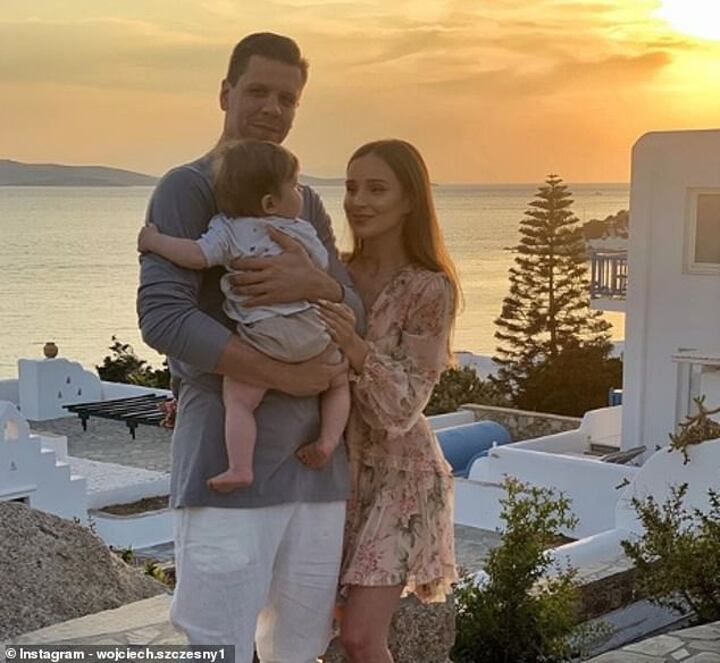 Perhaps Arsenal acted too quickly, certainly in dispensing with him for just £10million, but perhaps the experience of his unravelling at the Emirates has helped shape Szczesny into both the person and goalkeeper he is now.

Arsenal has never left him, as evidenced by his adopted London accent, and explains why their fan base still hold him close. He revelled in beating Tottenham when he was at Juve in 2018, and two years earlier, when Arsenal had pipped Spurs to second place in the league, he recorded an infamous 'it's happened again' video on social media.

There is little doubt that the Szczesny of 2020 is a more mature character now. He married his partner Marina in May 2016, and they had their first child together, Liam, in 2018.

That serenity in his personal life and a restored confidence in his goalkeeping has brought him to the peak of his powers. Now that he is focussed on winning everything he is ready to deliver on the promise that he always had.