Sergio Aguero turned 31 during the summer. This is his ninth season at Manchester City and with Gabriel Jesus - one of the finest young strikers in the game - in the most prolific form of his career, he has never faced stiffer competition for his place in the side. 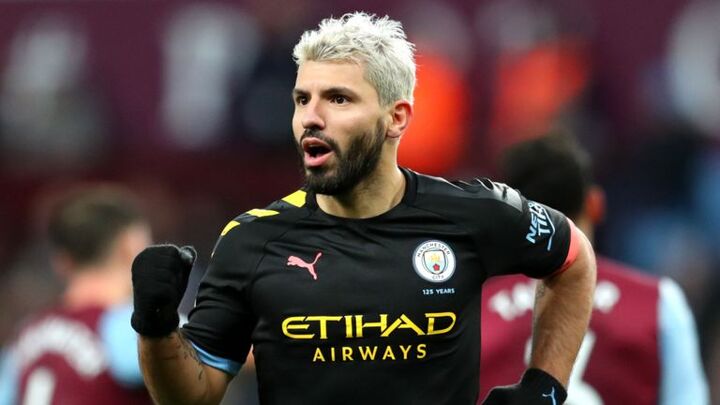 And yet, at a time when he should be beginning to slow down, a time when his heir apparent should finally be stepping into his shoes, Aguero just keeps getting better. Liverpool are surely out of reach this season, but if Manchester City do close the gap it will owe a lot to his enduring brilliance.

With his first goal in Sunday's 5-0 demolition of Aston Villa - a rasping drive from outside the box - he moved level with Thierry Henry in the Premier League scoring charts on 175. With his third - another unstoppable strike, this time from a more acute angle - he equalled Frank Lampard.

Aguero is now the top-scoring overseas player in the competition's history. It's 177 and counting for Manchester City's formidable No 10.

Aguero will feel Andy Cole's total of 187 is within his reach this season, and with his contract due to run until at least 2021, he can also be confident of overhauling Wayne Rooney's 208. If Henry is regarded as one of the Premier League's greatest-ever imports, then what of a player who reached his goal total in fewer appearances? 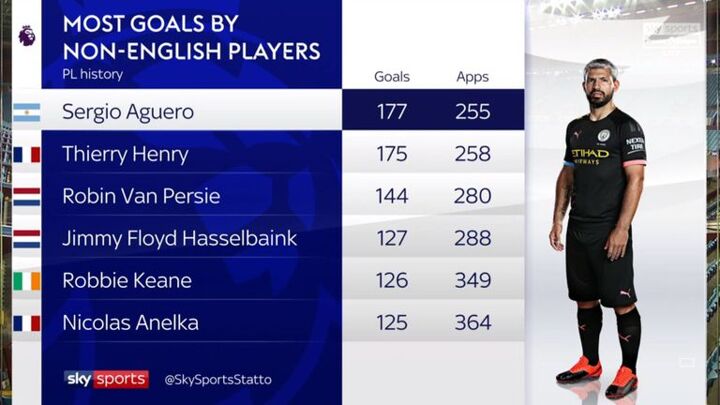 "Henry is one of the most incredible players that I have seen in this league, but I think he would be happy that Sergio is the guy who breaks his record," Pep Guardiola told Sky Sports. "He was a legend and Sergio is the same."

Aguero has plenty of work to do to surpass Alan Shearer's record haul of 260 goals, but his scoring rate is higher than the former Southampton, Blackburn and Newcastle striker having made just 255 Premier League appearances to Shearer's 441. Sunday's heroics at Villa Park ensure he has already hit more Premier League hat-tricks (12) than him too.

His achievements are extraordinary.

"When you score this incredible amount of goals, with I don't know how many hat-tricks, you have to be consistent for many, many years," added Guardiola. "It's not just one season or two seasons. So it's an incredible compliment for him. I'm honoured to be here when he achieved that."

What's even more impressive than Aguero's extraordinary consistency, however, is that the fact that he is still finding ways to improve. A muscular injury kept out of five Premier League games in November and December, but he has still managed 13 goals this season - two more than any other Manchester City player.

In fact, he is scoring at a quicker rate than in any of his previous eight seasons at the club. His best Premier League minutes-per-goal rate in a single campaign was 91 in 2013/14, but this time around he is averaging a goal every 77 minutes. There are four players ahead of him in terms of goals scored this season, but none of them come close to that strike rate.

"What a player, what a finisher," said his former Manchester City team-mate Joleon Lescott in the Sky Sports studio. "I don't think he thinks too hard about all the accolades, he just enjoys scoring goals. He's got that selfishness you need as a striker to score that level of goals." 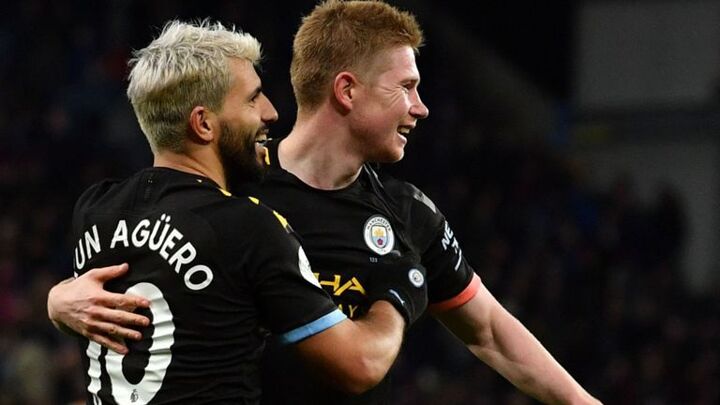 But there was also evidence of how he brings more than goals to this City side at Villa Park. His pass to set up Riyad Mahrez's opener was his 46th assist in the Premier League. Since his arrival from Atletico Madrid in 2011, no other striker in the division has provided more goals for his team-mates.

His role in Mahrez's second goal was an even better illustration of the other side to his game. Instead of giving up when his heavy touch sent the ball towards the byline and allowed Villa's Ahmed El Mohamady to get across and cover, he persisted, somehow cutting it back into the box and creating the opportunity from which City doubled their advantage.

"Most forwards would give up there, but he doesn't," said Sky Sports pundit Graeme Souness. "He does things that very few people can and he does them in the most difficult area of the pitch. People try to leave a bit on him, but he's brave as well. He has got qualities that very few players have and he is an outstanding predator too."

It is his predatory instincts which have taken Aguero into the Premier League record books, but it's his constant improvement which could enhance his legacy yet further. Henry is the latest legend to be left in his shadow. Recent evidence suggests he will not be the last.