Oscar Ortega, Atletico Madrid's renowned fitness coach, is a man to be feared. 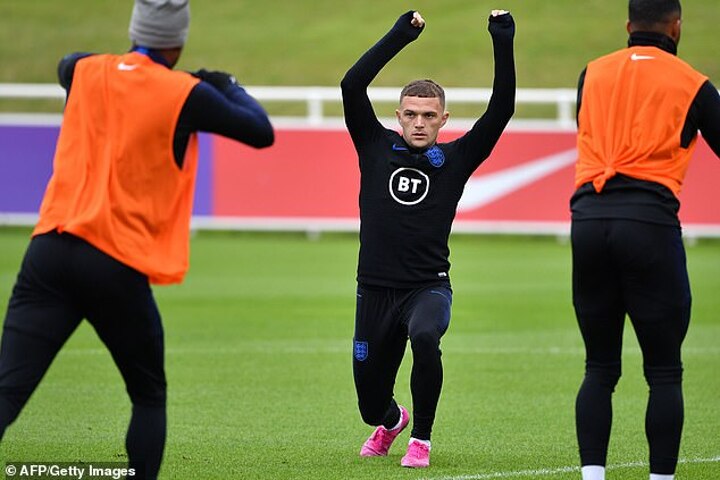 Yet Kieran Trippier's ability not just to handle his punishing methods but thrive in the face of his challenges goes some way to explaining the positive impression he has made in Spain which has contributed to his England recall.

Trippier moved to Atletico this summer in a surprise £20million move after falling down the pecking order at both Tottenham and with England, missing out on selection for the Nations League as a result. 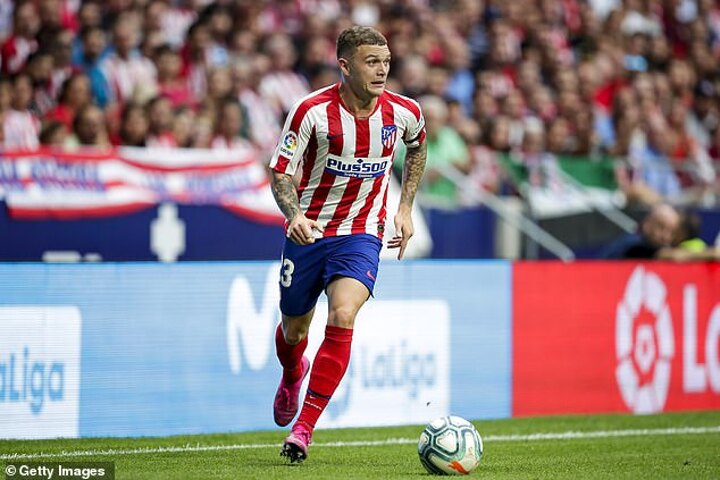 As he suffered a hangover last season following his 2018 World Cup heroics Trippier looked the most likely to miss out when Gareth Southgate decided the time had come to promote Aaron Wan-Bissaka to the seniors.

It has instead been Kyle Walker with the revival of Trippier - set to complete his rapid turnaround from out-of-favour to first choice again against Bulgaria on Saturday - beginning almost as soon as he arrived in Spain. 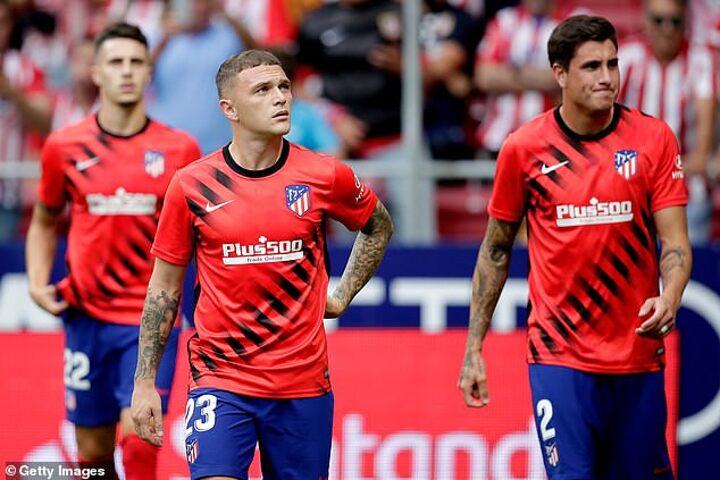 Nicknamed El Profe - the teacher - Ortega is well-known for his brutal sessions and his reputation for making players run until they drop - or are sick.

They are especially eye-opening for new signings, with his summer sessions a major first test of whether a player possesses the minerals to hack it at Atletico.

Rather than be shocked by what greeted him it is instead Trippier who has done the shocking, stunning Atletico staff with the answers he has had to Ortega's various tests.

The 28-year-old has been described as a 'beast' physically and not had one single problem coping with whatever Ortega threw at him. 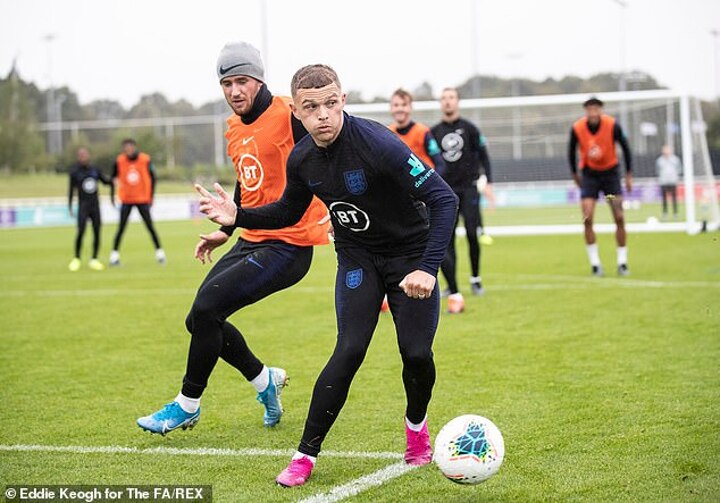 Among the drills waiting for Trippier during Atletico's pre-season training camp in July was a 50m ramp with a 30 per cent incline that Ortega had installed specifically to push Simeone's players to the limit.

Former Chelsea striker Diego Costa was reportedly left dizzy and disorientated after one attempt to sprint up the Profe Slope.

Another challenge of choice for Ortega has involved sprints across a golf course. In those two and all other tests Trippier led the way to instantly impress his new team-mates. 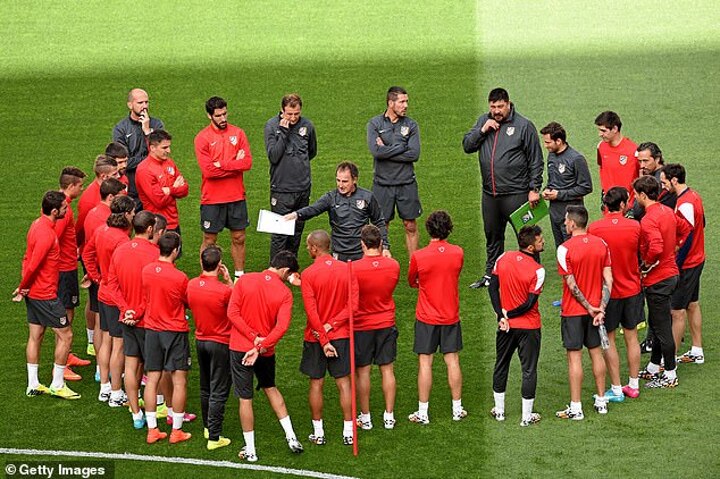 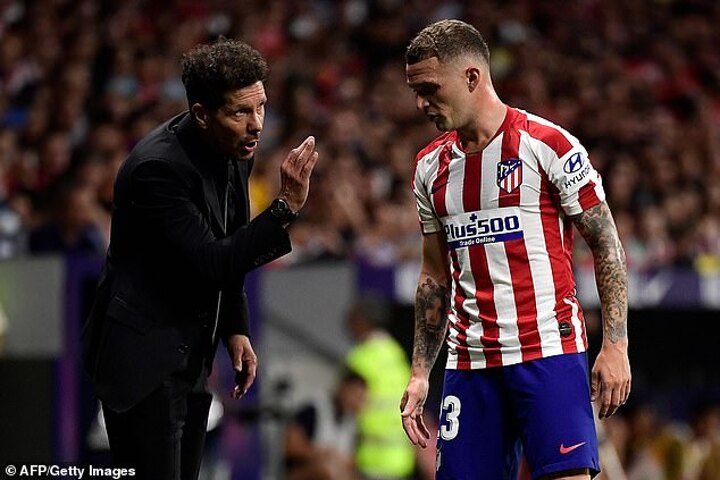 In terms of what has been offered as an explanation, Trippier revealed 'behind the scenes' issues caused his exit while Pochettino claimed the right back wanted a new challenge.

Trippier also admitted the uncertainty over his future led to a 'car crash' of a second half to his season.

Atletico simply see it as Spurs' loss is their gain. In his first league game Trippier set up Alvaro Morata's winner against Getafe.

In his second at Leganes, with Southgate watching on from the stands, Trippier began the move that led to Atletico's winner and also helped keep a second successive clean sheet, confirming that he was a player revitalised and deserving of the recall which came a few days later. 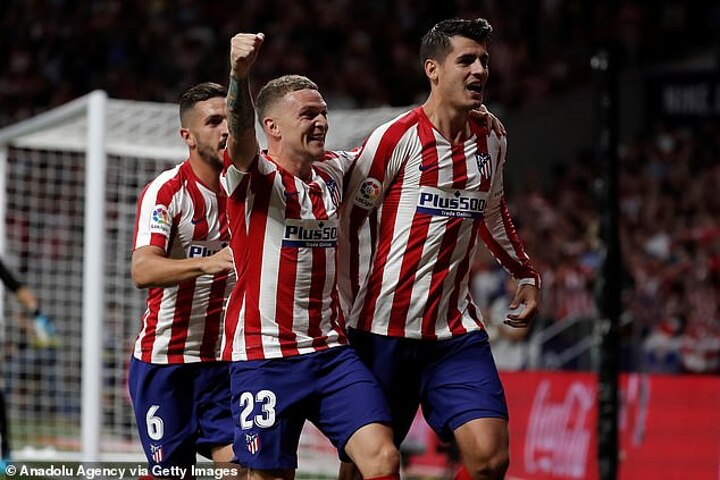 Atletico and Spanish supporters generally have also quickly taken to Trippier because of his desire to learn the language.

He has repeatedly referred to his intention to learn Spanish quickly in his interviews, an attitude that has gone down well.

Trippier's attitude has earned him further comparisons with David Beckham, who also embraced life in Spain when he moved to Real Madrid, for more than just the accuracy of his right-foot and the No 23 shirt he now wears.

Not so long ago everywhere Trippier turned things were looking a bit bleak for the Bury-born right back. Thanks to one move and plenty of hard graft, how things have changed.