Jesse Lingard played in 40 matches for Manchester United last season. Given such a high figure, you'd be forgiven for thinking he was a first-choice pick. 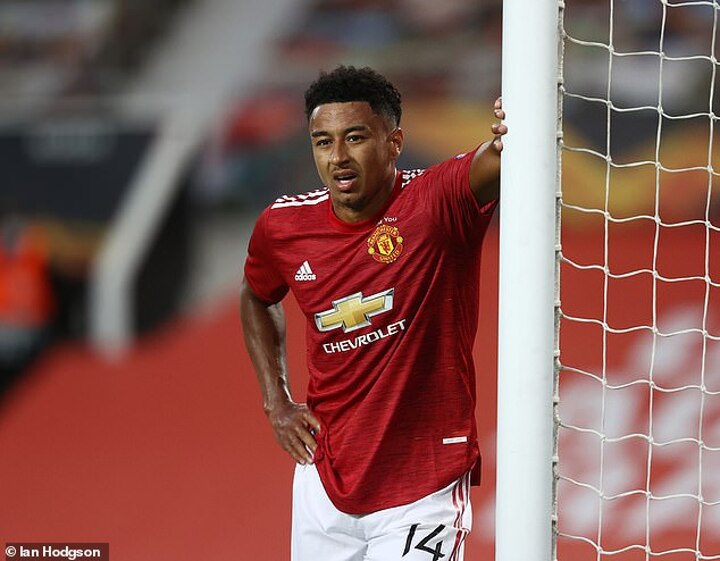 It's only when you drill deeper into the details that you uncover the reality about Lingard's standing in Ole Gunnar Solskjaer's squad.

He started 20 games, fair enough, but the opponents included Rochdale, Tranmere Rovers, Derby County, Astana, Partizan Belgrade and LASK Linz with United 5-0 up from the first leg. 1,888 minutes on the pitch in 2019-20 but also 1,712 warming the bench. 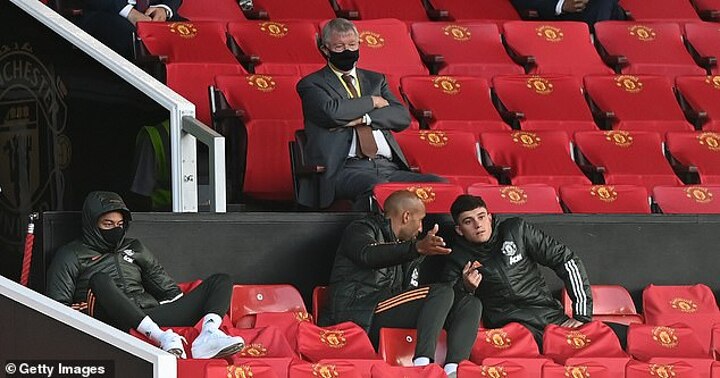 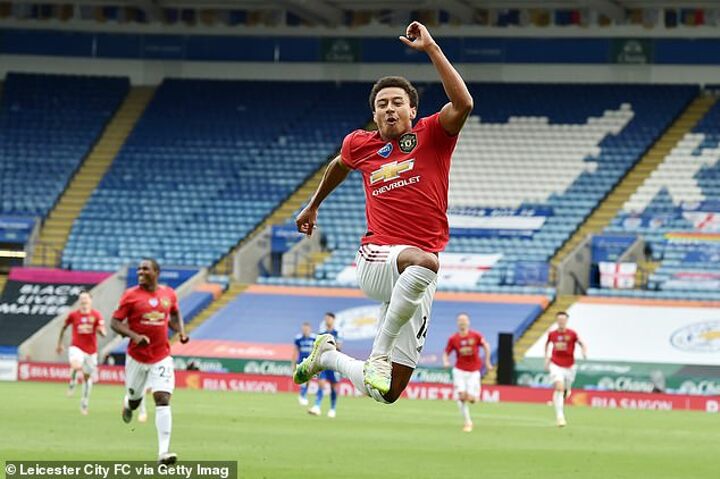 The late cameo or the second string outing has become the lot for a player whose stock has fallen sharply since he started for England in a World Cup semi-final a little over two years ago.

This season, even these opportunities will be in desperately short supply. The summer arrival of Donny van de Beek has pushed Lingard even further down United's midfield pecking order, that's if he makes the squad at all.

A hip injury has blighted any hope of making a case for inclusion and the sense that Lingard, at the age of 27, is at a career crossroads isn't going away.

This week came the news of an amicable split from super-agent Mino Raiola after just 10 months working together.

Raiola had a strategy to establish links with more English players but there was also the hope he could secure Lingard the right move away from Old Trafford over the summer. 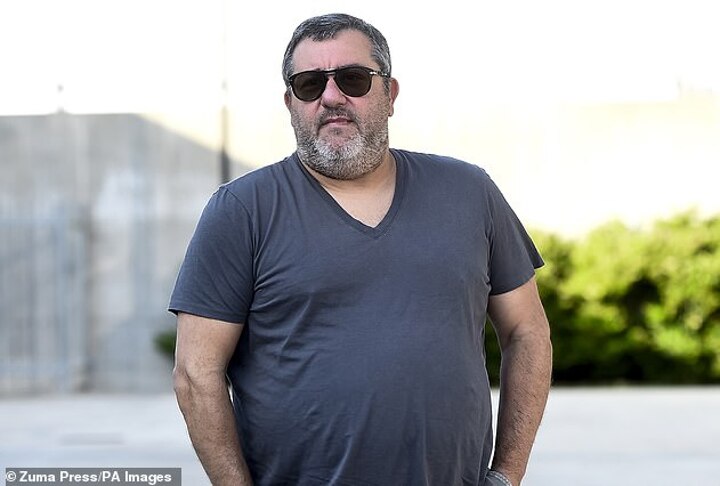 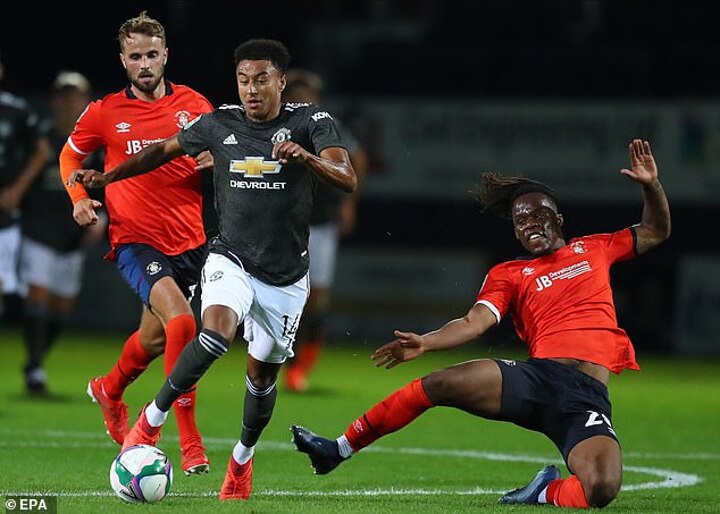 There were flickers of interest from Tottenham and Porto during the window but nothing materialised and Lingard will be advised by family members and trusted friends as he enters the final year of his United contract.

United do have the option to extend Lingard's contract by a further year until 2022 but the January window is their last chance to get any money for an academy graduate who has had a 20-year association with the club.

It's highly unlikely Lingard will be able to force his way back into Solskjaer's plans once he returns to full fitness.

He started the EFL Cup match at Luton Town, came off the bench in the next round at Brighton and has twice been an unused substitute in the Premier League.

But for someone who should be entering the best years of their career, surely it's time to cut the cord with United and seek greater opportunities elsewhere? 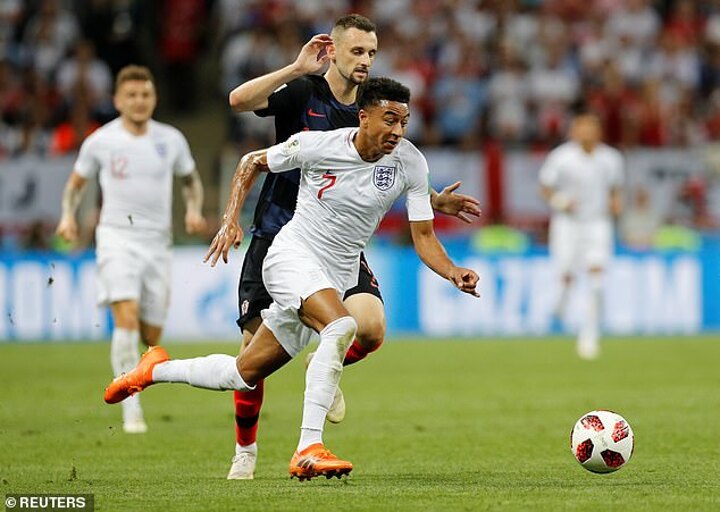 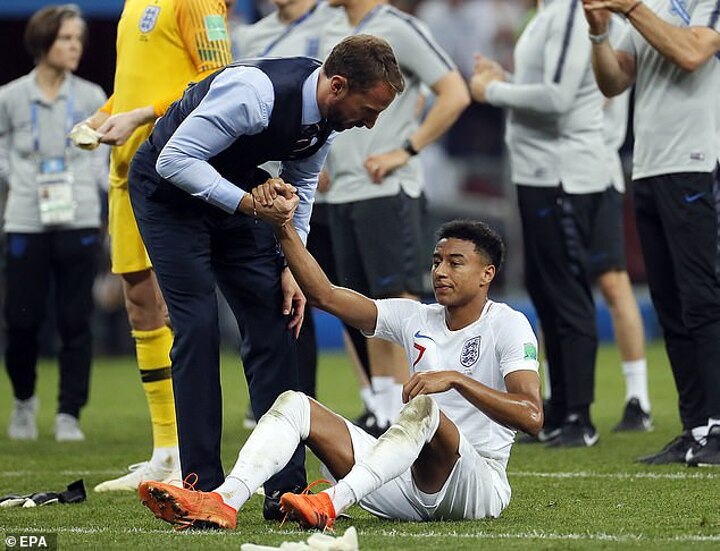 Lingard was flying in 2018. Jose Mourinho came to be seen as a malign influence at United but he certainly got the best out of the midfielder in 2017-18.

Thirteen goals and seven assists, notably during a brilliant mid-season spell, saw a player sent out on four loans spells between 2012 and 2015 finally come to maturity at Old Trafford.

Lingard walked into Gareth Southgate's England side, starting all but one of their games at the Russia World Cup and scoring against Panama.

But as Mourinho's time at United turned sour the following season, so Lingard's form slumped.

There was a brief revival when Solskjaer took over in December 2018 as the Norwegian reminded United's squad what it was like to play football with a smile, but Lingard's season overall was underwhelming.

Jadon Sancho and others emerged to offer greater competition in the England team with Southgate's selections closely linked to club performances. Lingard won just two England caps in 2019, in the UEFA Nations League finals - his last to date.

Perhaps it might have been different had VAR not chalked off his last-gasp winner in the Nations League semi-final against Holland. 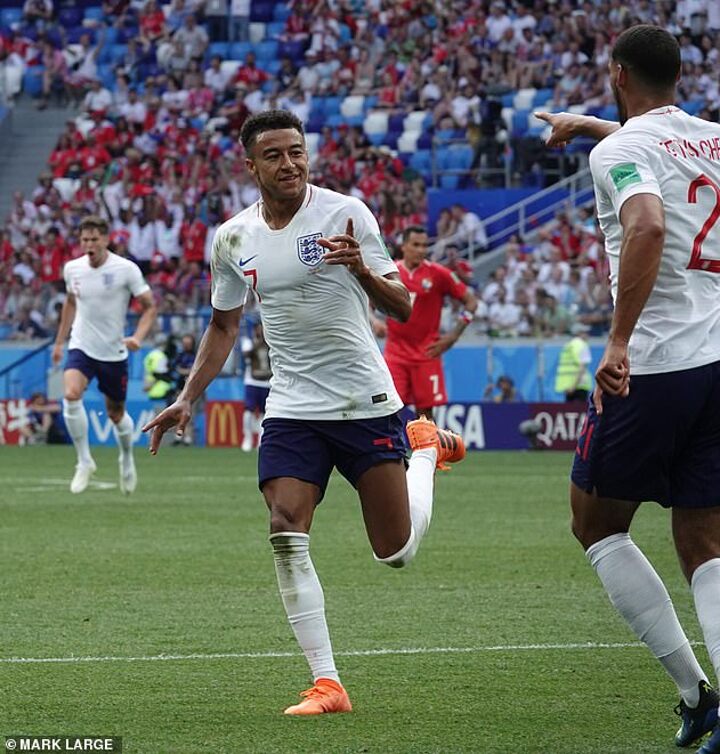 Off-field troubles compounded this loss of form. The stupid decision to post an obscene Snapchat video showing a friend simulating sex in his hotel room during a holiday with friends caused problems with Solskjaer and the club.

Lingard said in an interview with Sportsmail in December 2019 that the clip was posted accidentally. 'I have a lot of young followers and I would never put that out deliberately,' he said.

'When I realised what I had done, my heart just sank into my stomach. I was like, "I am done at United now. This is the final straw." I was told the manager was going mad.'

A few months earlier, Lingard was criticised by former United captains Roy Keane and Gary Neville for starting his own clothing business and launching it in the lead-up to a clash with Liverpool. That was the 3-1 Anfield defeat that led to Mourinho's sacking. 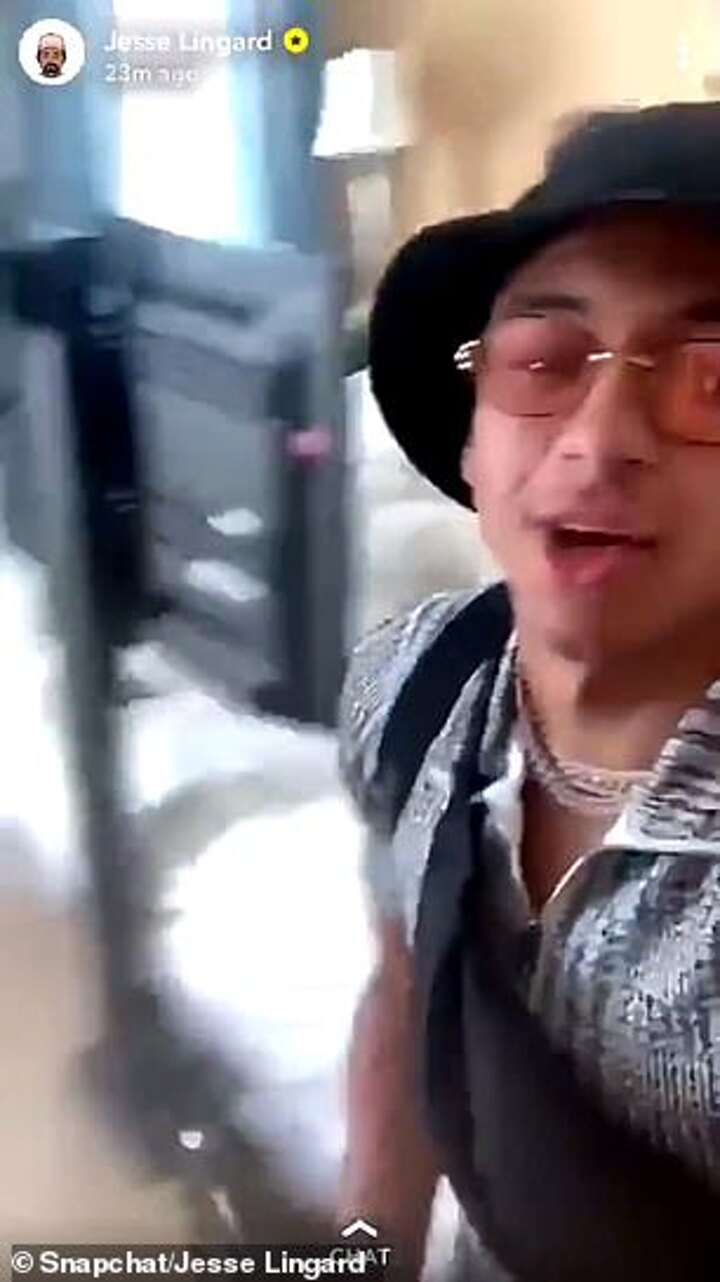 'I think football should be your No 1 priority. People say you should have other stuff outside of football but I don't think you should,' said a stony-faced Keane in the Sky Sports studio.

'Don't hide behind your cars or tattoos or girlfriends, you can do that when you retire!'

It all encouraged a perception that Lingard, like some of his team-mates, was distracted by social media and cultivating their own brand rather than the good of United.

But privately, Lingard was shouldering a heavy family burden. His mother Kirsty was unwell and Lingard was left to look after his younger brother Jasper, 14, and sister Daisy-Boo, 11. 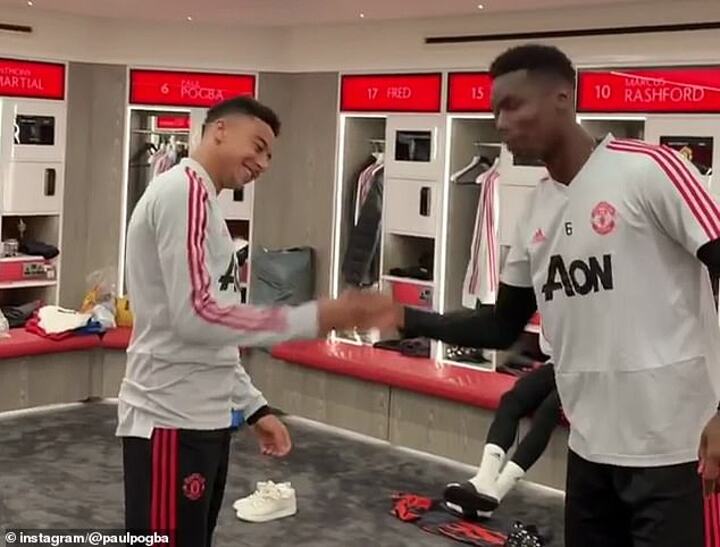 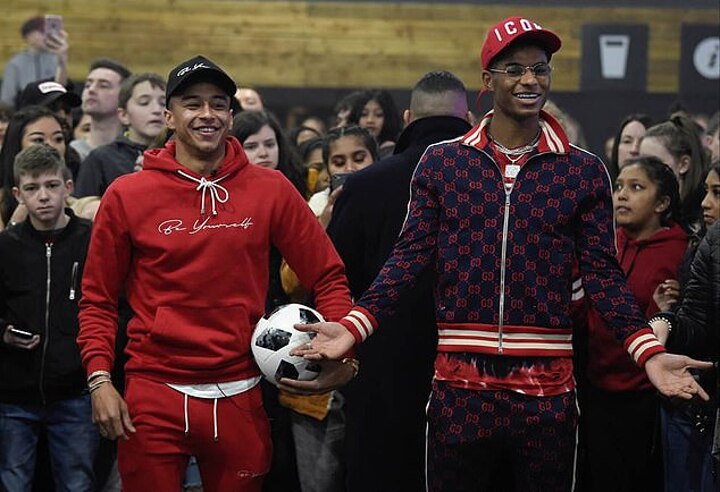 That was in addition to being the father to a young child himself. His Granddad Ken - a huge influence on his career - was also battling prostate cancer and his nan Pam almost had to have a leg amputated.

'I am normally quite bubbly and want to put smiles on people's faces but people have seen the change in my ways,' he told Sportsmail.

'I have been down and glum; just worrying. I felt like everybody just passed all this stuff to me and it weighed on my shoulders.'

It is to Lingard's credit that he has spoken publicly about the mental health issues that affected him during this time.

Lingard's off the field burden and poor performances on the pitch aren't exactly mutually exclusive after all.

It was against this backdrop that he lost his place in the England team and then a regular starting place for United. Last season saw just four goals and two assists, the two measures attacking midfielders are truly judged on. 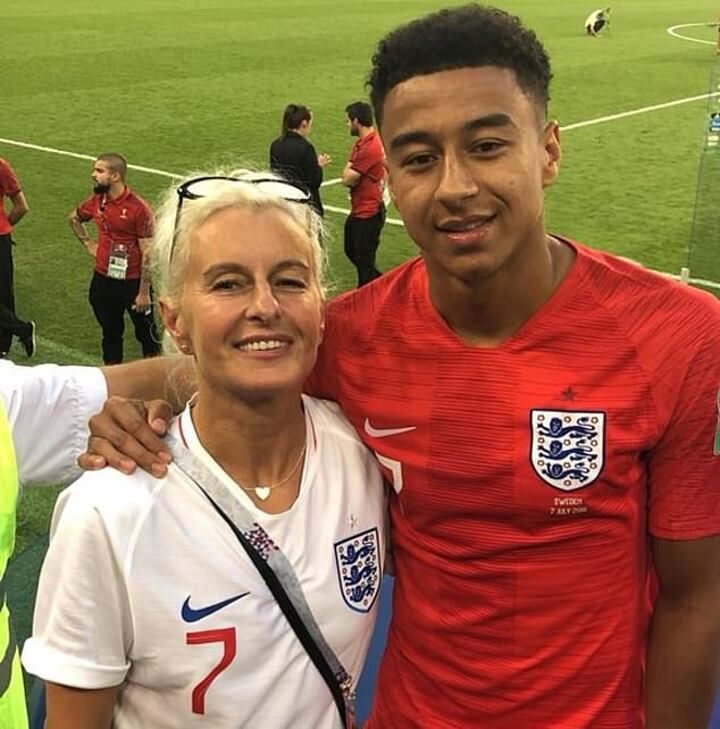 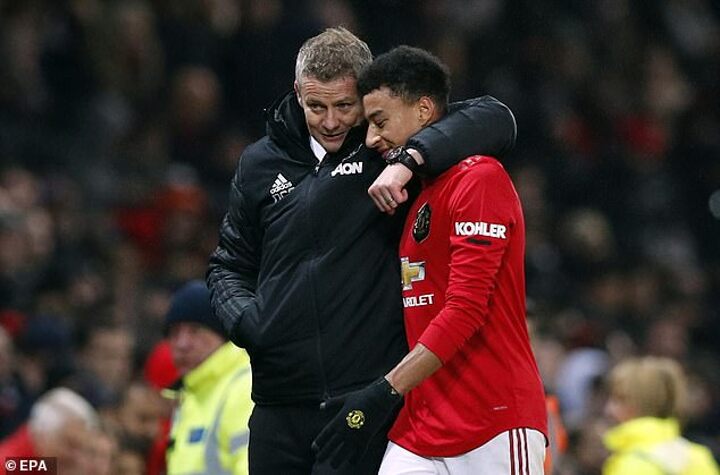 It doesn't help that other United academy graduates are kicking on. His close friend Marcus Rashford is a deadly goalscorer for club and country and has just been awarded the MBE for his crusade to ensure children don't go hungry.

Paul Pogba, who was in the same United youth team as Lingard, is a World Cup winner even if his United career remains unconvincing. Mason Greenwood enjoyed a stunning breakthrough season in 2019-20.

Now it appears his days at United are numbered but a change of scenery and a new challenge could reignite Lingard's career. Surely there will be interest from other Premier League teams this January.

Lingard's last two years have shown that unfortunately football is unforgiving and doesn't wait for anyone. Doubly so at a club like Manchester United.