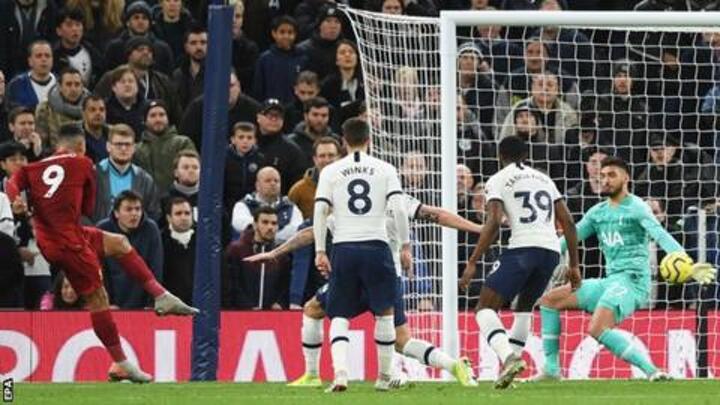 Jurgen Klopp's side claimed the Champions League trophy at The Wanda Metropolitano Stadium with a 2-0 win and from the moment Liverpool lifted the trophy for the sixth time the two clubs have been heading in opposite directions of travel.

Never has the growing chasm been more graphically, or painfully in Spurs' case, illustrated than by a glance at the Premier League table after Liverpool made another mark in history with a 1-0 win at The Tottenham Hotspur Stadium.

Liverpool's victory, secured by Roberto Firmino's first-half goal, gave them a mammoth 16-point lead at the top of the Premier League with a game in hand. The gap to Spurs, in eighth, is 31 points - and they have played a game fewer.

Whereas Liverpool used that win in Madrid as the launchpad to a golden future, Spurs look like a team and a club that has simply not recovered from getting so near but yet so far away from the greatest prize in European club football.

Spurs, without injured striker Harry Kane, battled gamely in the second half and might have earned a point had Son Heung-Min and Giovani lo Celso not missed excellent chances, but the brutal reality is that Liverpool now operate on a different level to the club they faced in Madrid a few months ago. 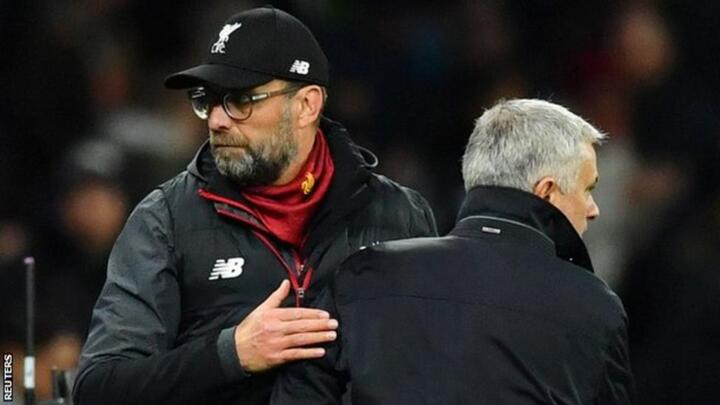 Klopp is on course to write his name into Liverpool legend as the manager who ended their 30-year wait for a title. Spurs, in contrast, have since sacked Mauricio Pochettino - the man who took them to Madrid - and now have Jose Mourinho struggling to turn the ship around.

Pochettino presided over a Spurs side that was allowed to age together while Liverpool have invested superbly under Klopp, who had none of the players who started his first game at White Hart Lane in October 2015 in his starting line-up, although Divock Origi and Adam Lallana came on as substitutes.

Pochettino clearly saw the Champions League final as the big chance to cement Spurs' place in the top echelons but appeared a distant, discontented, disaffected figure once that did not materialise.

Klopp, in contrast, is taking Liverpool and their supporters on a dream ride.

Liverpool have brought in game-changers such as Alisson, Virgil van Dijk, Mo Salah and Sadio Mane, and the manner in which Spurs have been left behind comes into sharper focus with every passing week.

Klopp was questioned when he sold Philippe Coutinho, who many regarded as his most important player, to Barcelona for £142m in January 2018 but he used the huge fee to build a more rounded team by buying Van Dijk and Alisson. 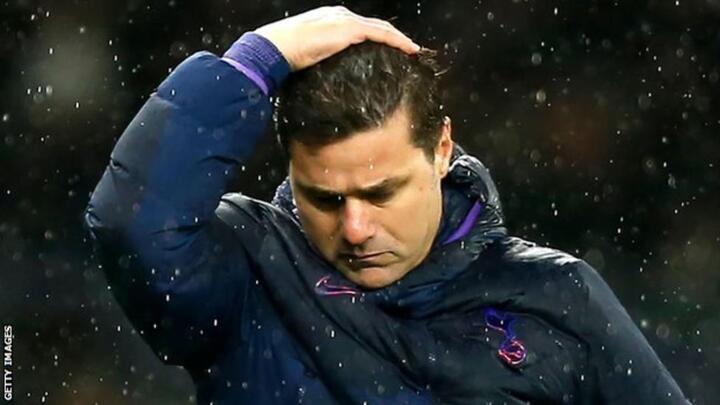 Klopp has manoeuvred Liverpool into a position of strength - where they can add to their squad with opportune acquisitions such as Takumi Minamino - whereas Mourinho and Spurs now face a rebuilding job.

It may have been cheaper for Spurs chairman Daniel Levy to see Pochettino off the premises rather than back ambitious transfer plans but he must find funds for Mourinho now or face the prospect of undoing much of the good work - Champions League regulars while moving into a new stadium - under the Argentine.

Whereas Liverpool look united, forceful and ooze infallibility, Spurs were tentative and negative for the first hour in their new stadium before finally rousing themselves and almost grabbing a point.

Christian Eriksen is now a toxic presence in their line-up, a hugely talented player who is an increasing target for fans who clearly feel he is running down the clock on his time at Spurs.

Every tackle he misses is seen as a lack of commitment, every misplaced pass is viewed as a lack of interest. It is a harsh judgement but he certainly felt the scorn of Spurs' fans when he was he was replaced by Lo Celso in the 69th minute.

Eriksen is the symbol of how Spurs need renewal or face the top clubs moving too far ahead of them.

There is no such problem for Klopp and Liverpool.

The statistics can be rattled off as testimony to the foundations to the Anfield empire Klopp has rebuilt, an empire that would be even more firmly established if the formalities of this title are duly completed. 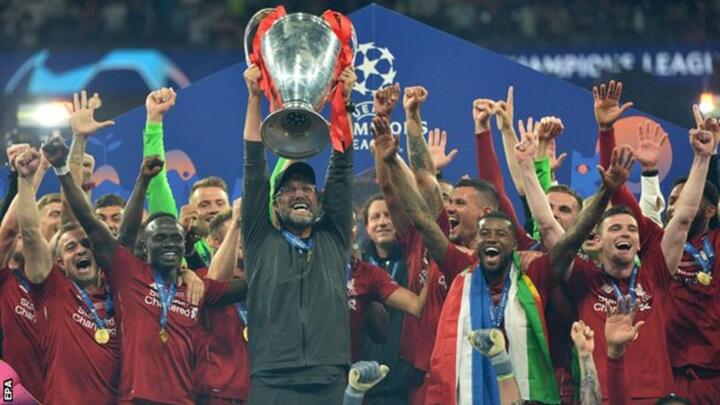 Some things can still be speculated upon, though.

Can Liverpool go a whole Premier League season unbeaten? Can they eclipse Manchester City's record total of 100 points in 2017/18?

While these seem very real possibilities, other figures are already set in stone.

Liverpool have gone 38 league games without defeat since they lost at Manchester City last January. In the same period Spurs have lost 16 matches, including three to Klopp's team.

The champions-elect have amassed 104 points across that period, the biggest by any team in the competition's history - and they are the first team in Europe's top five leagues to win 20 of their first 21 games.

So while Liverpool's manager took the acclaim of their fans in a corner of The Tottenham Hotspur Stadium at the final whistle, the impression remains that Mourinho and his conservative style - historically at least - is yet to convince the Spurs support.

It is early days and Mourinho has been unlucky with injuries to important players such as Kane but there is little current comparison between Liverpool and Spurs.

Liverpool are on the way to the Premier League title while Spurs look lost and in need of major refurbishment.

Madrid and the Champions League final seem an age away.