When Cesar Azpilicueta was unveiled by Chelsea in 2012, fresh off the back of their Champions League victory over Bayern Munich, many fans would have been excused for asking... 'who?' 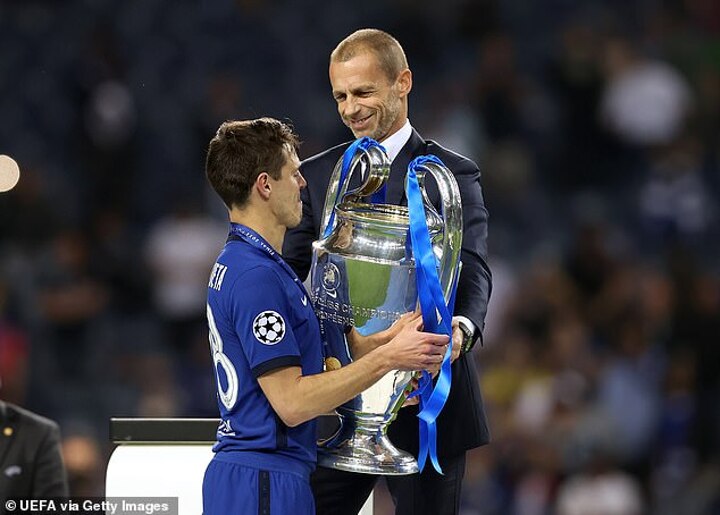 Arriving as a relatively unknown package from Marseille for the humble sum of £7million, Azpilicueta was anything but a huge marquee signing the fan base had been expecting.

At a similar time, glitz and glamour coated the announcement of a young Eden Hazard from Lille, who was immediately understood to become the future of the club.

For Azpilicueta, however, it was more a case of a player who flagged up well on the metrics of Europe's top performing defenders, and Chelsea decided to take a risk.

Now, almost a decade later, Azpilicueta has played over 400 games for the club and is the proud owner of the captain's armband.

Put simply, he is indispensable to the team. In the years that followed his move, the mercurial Spaniard has played a host of positions under the guidance of no less than SEVEN managers.

It is a tale of commitment and longevity, and an steadfast pledge to become 'Mr Chelsea' and get the club back on their perch once more.

Though he may not have been on the radar of many football fans when Chelsea parted with cash to acquire him from Marseille in 2012, plenty of teams around Europe were aware of his burgeoning talent.

The Spaniard had showed flashes of brilliance at Osasuna as a youngster, making over 100 appearances for the club before turning in almost 70 for Marseille.

The French giants knew the rest of Europe had seen enough, however, and had no option but to answer the door when Chelsea came banging it down. 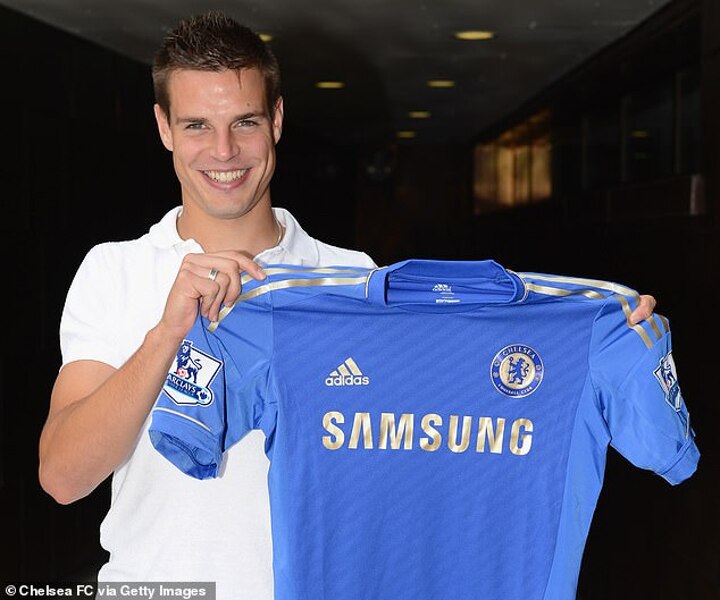 And so, the bloke with a difficult-to-pronounce surname arrived at Stamford Bridge and bemused supporters welcomed him with open arms, hoping he could be the next big thing.

To best capture the years that have followed, understated brilliance goes some way to filling the description box.

Everything Azpilicueta has done at Chelsea, he has done well. Team-mates past and present have always remarked on his professionalism, work rate and unwavering dedication.

Finding his feet during the short tenure of Rafa Benitez at the Bridge, Azpilicueta quickly impressed his new manager - and team-mates - with his tactical flexibility.

He immediately struck those around him as a student of the game, who would always play for the greater good of the team rather than himself.

For Chelsea - a club with grand ambitions to remain at the top of the European tree, this was music to the ears.

Speaking to reporters following Azpilicueta's first training session with the club, fellow Spaniard Juan Mata enthused: 'He is a strong running right-back who has pace as well, so I think he is already a complete player.'

Soon, these words would prove to be very close to the truth. 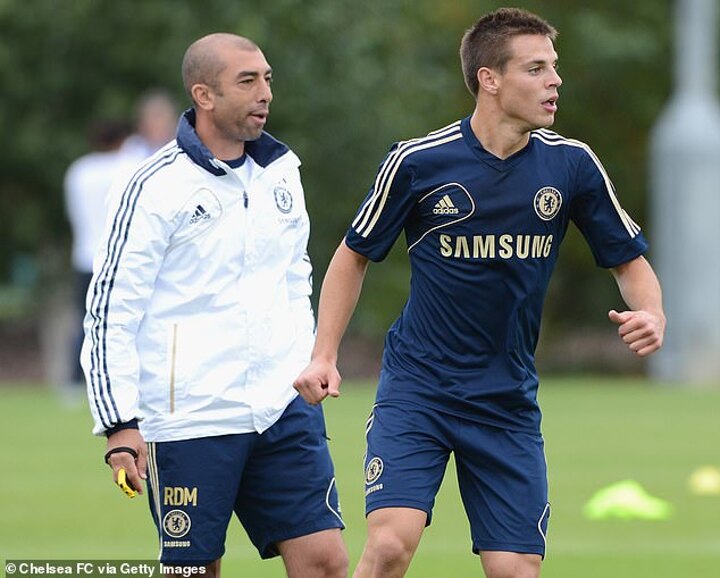 Azpilicueta made his debut on September, 25, 2012, starting in what would be an impressive 6–0 home win against Wolves in a League Cup tie. The new boy was being eased in, but already did not look as though he needed the gentle treatment.

He played his first Premier League game the following week, coming on as a substitute for Branislav Ivanovic in a 4–1 victory over Norwich City, also at Stamford Bridge. The home faithful loved what they were seeing.

Azpilicueta quickly became a popular member of the group, with sections of the first team squad giving him the endearing nickname 'Dave' on account of his surname being difficult to role off the tongue.

For a man who had instantly taken to west London life, 'Dave' was on the up.

The arrival of Antonio Conte in 2016 saw Azpilicueta immediately challenged, and tasked with rising to the occasion of becoming the bedrock of a new-look back three.

In the years prior to this, it should be noted, Azpilicueta had jumped through every hurdle and done exactly what had been asked of him.

Already had he won the Premier League, Europa League and league cup, while also proving himself to be the undisputed left back at the club.

The arrival of Filipe Luis, two years after Azpilicueta signed, was seen as a huge challenge to his authority. At this time he had shown his capability in both full-back positions for the club, and started ahead of Luis in the left-back berth despite it not being his natural position. 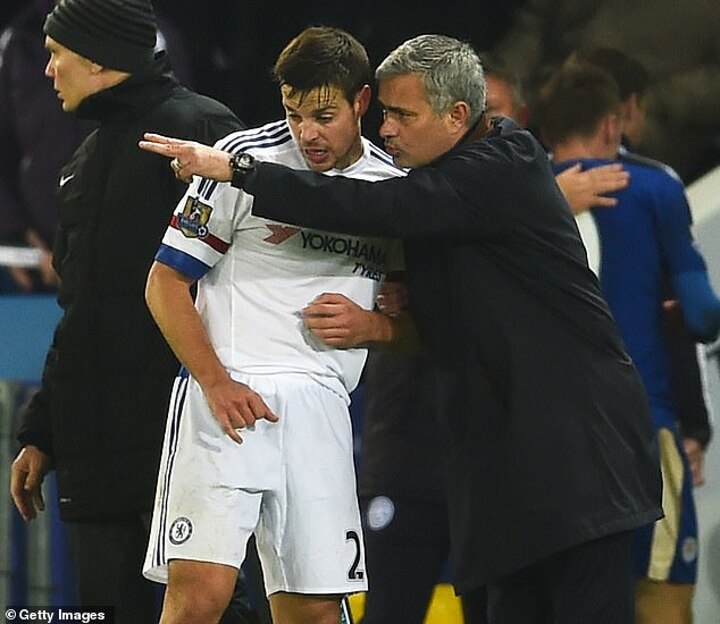 Brazilian Luis had long been coveted by Chelsea. Owner Roman Abramovich was said to have rubber stamped the move himself, and many fans and pundits alike expected the dependable Azpilicueta to quietly make way as a result.

But it wasn't to be. Luis couldn't unhinge the Spaniard and Azpilicueta did everything within his power to remain in the senior ranks.

It worked, as it always seemed it would. Luis ended up being shipped back to Atletico, and it was this persistence of Azpilicueta which Conte remarked upon when taking the reins later down the line.

The Italian manager wanted to play a back three with supplementary wing-backs, bringing the Serie A model of impenetrable defensive play to England.

It was, naturally, questioned. Yet it was a resounding success.

After early teething issues, Conte's side became water tight and Chelsea surged to the league title once more. Credit was naturally lavished upon ruthless front men Hazard and Diego Costa, yet it was Azipilicueta - the unsung hero at the back - steering the ship through tough waters. 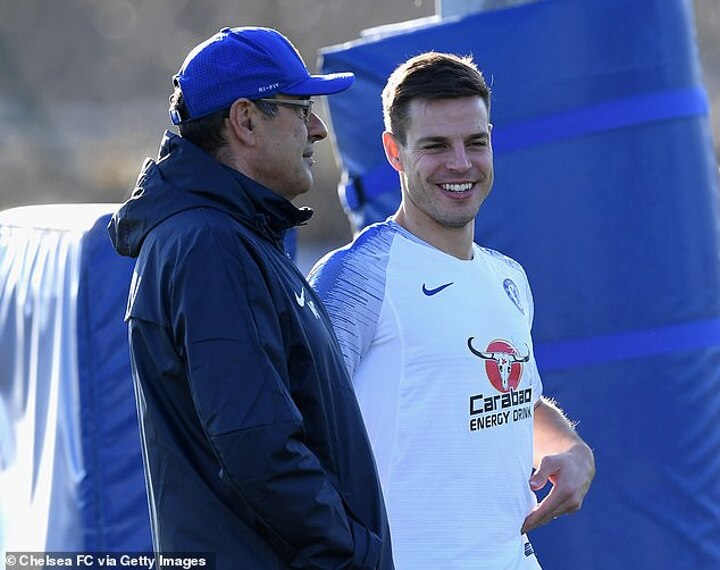 And now, to present day.

To Porto and the glorious end to one of the most abnormal and unpredictable seasons in recent memory.

After taking over the captain's armband from John Terry, Azpilicueta had made it a personal ambition to lift aloft the most famous trophy in European football.

It was the one he has desperately wanted. Chelsea were reigning European kings upon his arrival in England, and so it seemed inconceivable that almost a decade would pass without another final.

Sure, under (yet another) previous manager, Maurizio Sarri, Azpilicueta had lifted the Europa League title. It was a boxed ticked and a craving satisfied, yet the yearning for ol' big ears remained strong. 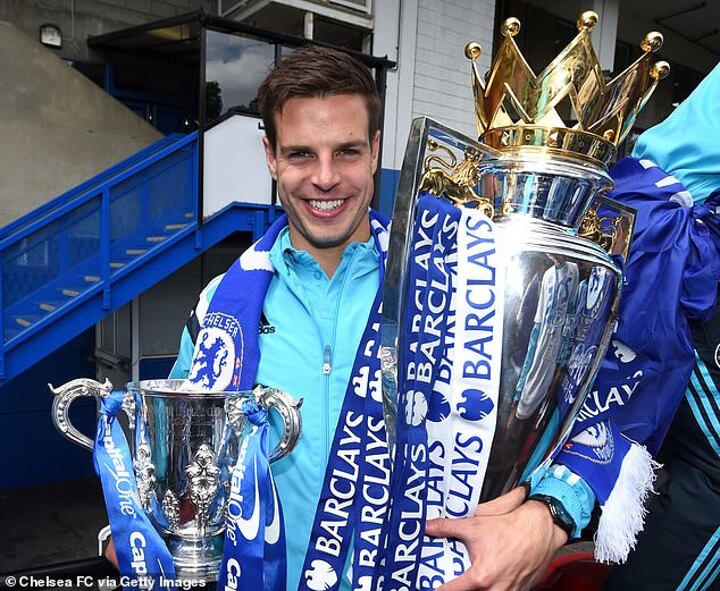 What makes this season's feat all the more impressive is the manner in which Azpilicueta found himself in the final.

Under the short-lived tenure of Frank Lampard, the ever present Spaniard had found his minutes on the pitch dwindling. It was a cause for alarm bells, and something his inner competitor could not accept.

The process was easy to understand, however. Lampard had been brought in as manager of his beloved club on the strict instruction that he must secure a top four finish without being able to invest in the squad - due to an overhanging transfer ban.

As a result, Lampard placed faith in the youth of the squad. The likes of Mason Mount, Tammy Abraham and Fikayo Tomori began to flourish. Against the odds, the mission was achieved; Chelsea booked a Champions League place and so Lampard rewarded his starlets with extended runs in the first team.

For Azpilicueta, however, this could not stand. While the likes of Antonio Rudiger were said to have caused unrest behind the scenes, the Spaniard worked as resolutely as ever, knowing his chance would come again.

He did not speak out against club icon Lampard during his time in charge, but later quickly won his place back in the side following the arrival of Thomas Tuchel. Fires needed to be put out and Tuchel, wisely, called upon the experience of the squad. 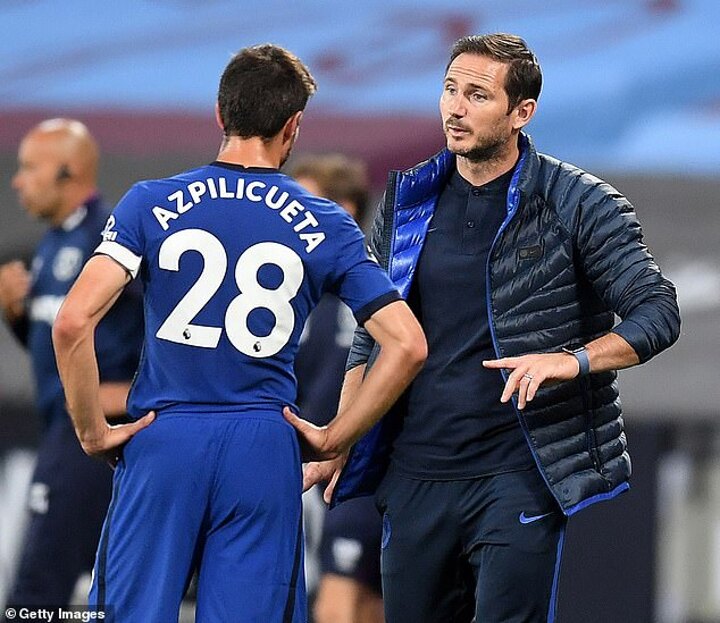 Azpilicueta, did made what was seemed to be a parting blow to Lampard, and would later admit that 'everything has changed' at Stamford Bridge, following his sacking.

And so, Chelsea continued to grind and the results fell favourably. A kind draw against Porto in the quarter-finals of the Champions League was navigated with relative ease, but it was the two-legged victory over Real Madrid which few people saw coming.

Once the Spaniards had been downed, Chelsea were riding a wave of belief.

Having beaten Manchester City on numerous occasions throughout the campaign, Chelsea - led by their ever dependable general at the back - knew it was only a case of remaining steady and taking their chance when it arrived.

The final whistle in Porto saw Azpilicueta drop to his knees as the tears began to flow. A career's long, searching goal had finally been achieved. At the age of 31, chances were running out.

Now, however, that unknown face fresh off a flight from Marseille in 2012, has his title in Stamford Bridge folklore immortalised; club legend status achieved. 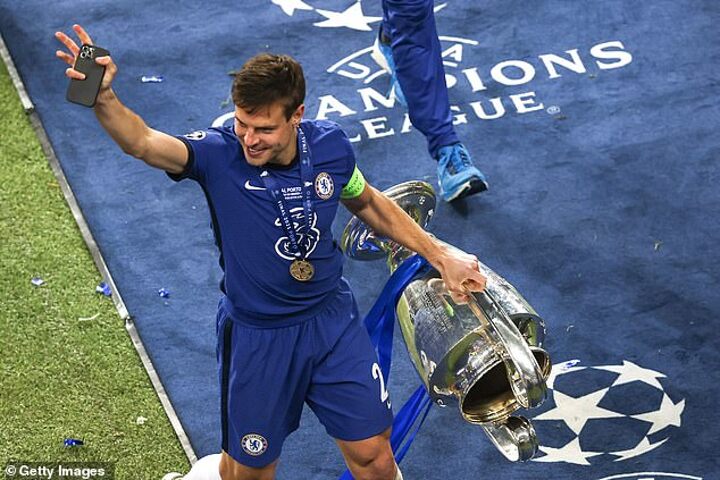