Philippe Coutinho has struggled since leaving Liverpool for Barcelona two years ago, so could the Brazilian 'magician' revitalise his stalled career by returning to the Premier League next season? 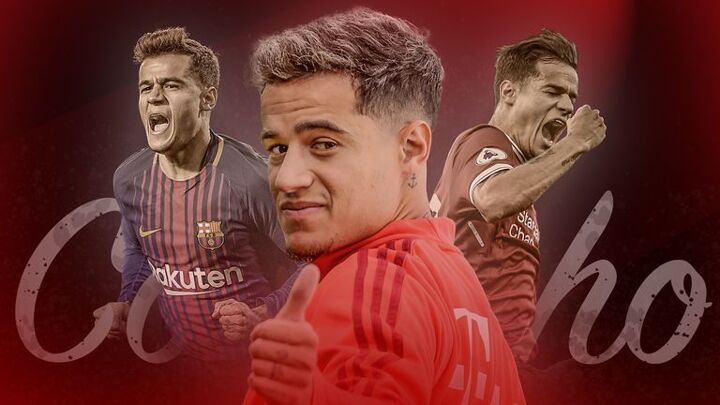 With Bayern Munich now unlikely to take up the option to buy Coutinho for £109m when his season-long loan deal from Barcelona expires and the Catalans themselves believed to be keen to offload the playmaker, Arsenal, Chelsea, Manchester United and Tottenham are all understood to want to take him on loan next season.

It's just over two years since Coutinho became the then-third-most expensive footballer of all time having joined Barca in a deal worth a staggering £105m - so what has happened to the player in that time for the CIES to now value him at £65-85m? 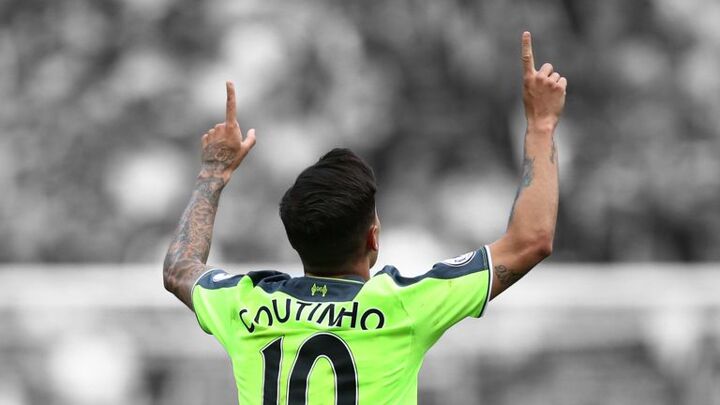 There was little fanfare on Merseyside when Liverpool signed Coutinho from Inter Milan for £8.5m in January 2013, especially with Inter wanting to offload the Brazil international after he failed to impress during his three years at the San Siro.

However, Reds boss Brendan Rodgers managed to bring out the best in the playmaker and when Jurgen Klopp replaced Rodgers at Anfield in October 2015, Coutinho's game - and attacking numbers - kicked on again.

At the time of his departure to the Nou Camp, he had become the highest-scoring Brazilian in the Premier League with 41 goals and there was genuine despair on Merseyside.

The man known as the 'Magician' in the Liverpool dressing room had racked up 54 goals in total in 201 matches, while also averaging a goal or assist every other league game.

With Coutinho's goalscoring numbers reaching double figures in all competitions in each of his last three seasons at Liverpool, like a fine wine, the twinkle-toed Brazilian appeared to be getting better with age. 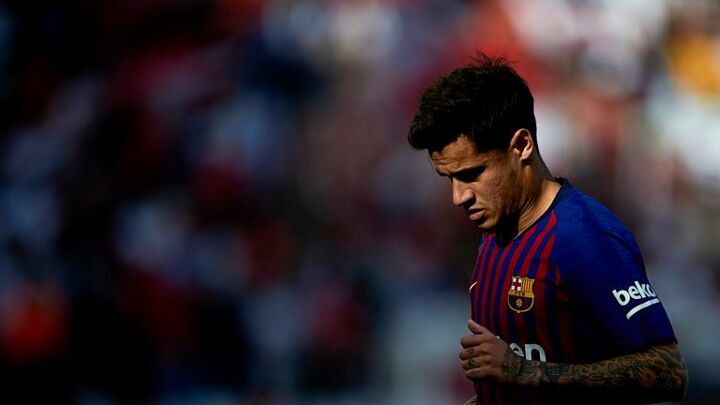 Right from the outset, where best to station Coutinho in Barca's star-studded line-up became a much-talked-about, and at times thorny, issue.

When the player arrived at the Nou Camp, Andres Iniesta was still operating as the club's attacking midfielder on the left of the midfield trio in their trusted 4-3-3 formation, meaning Coutinho either had to compete with Ousmane Dembele to feature on the left-hand side of a front three, or simply act as the veteran Spaniard's understudy until he departed for Japan at the end of that season.

Coutinho had performed both roles with distinction at Anfield, although the central midfield role after Mohamed Salah's arrival in the summer of 2017 had forced a tactical rethink by Klopp.

In fact, Coutinho's final Liverpool goal, in a 5-0 win over Swansea, came from that central-midfield berth and that is where then-Barcelona coach Ernesto Valverde envisaged his new recruit playing when he bought him.

After finishing the 2017-2018 campaign with an impressive 10 goals and six assists as Barca regained La Liga and won the Copa del Rey, the following season - one without the imposing shadow of Iniesta for the new man to deal with - was expected to be the one in which Coutinho laid down a marker.

But the quiet, and at times shy Brazilian failed to impose himself in a dressing room full of big egos, scoring just five league goals all season. 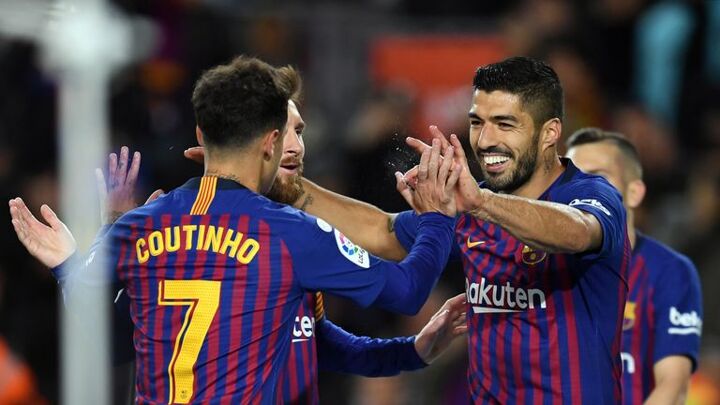 "He never felt comfortable in Barcelona," says Spanish football journalist Alvaro Montero. "He had no confidence and with Luis Suarez and Lionel Messi, you must be a superstar, mentally strong and show in every game your quality and skills.

"With Messi and Suarez, Coutinho did not play in his best position and living inside the box was almost impossible with those two amazing players."

And come the following campaign, Coutinho had been loaned out to Bayern Munich as the player tried to reboot his career in Bavaria.

Too 'inhibited' for Bayern 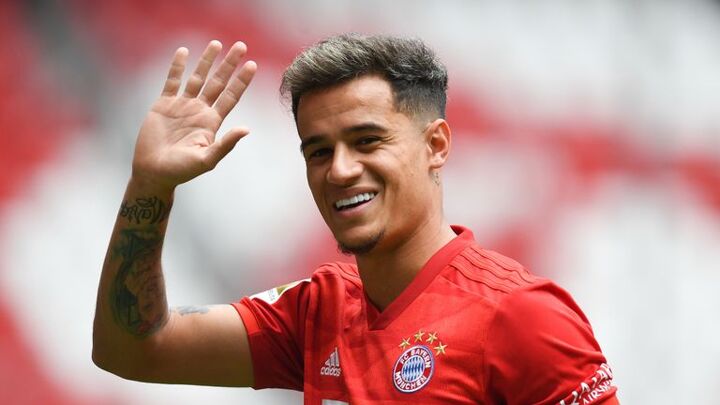 Bayern wasted little time bringing the Brazil international to the Allianz last August, with the Bundesliga champions happy to cover his £11m-a-year wage, as well as an initial £8m loan fee, before deciding whether to make his move permanent at the end of this season.

The German club's illustrious history is littered with brilliant Brazilians, but on this campaign's evidence, it does not look like Coutinho will be joining that list.

The 27-year-old arrived in Munich having spearheaded his country's triumph in last summer's Copa America on home soil, only for a change of manager and a failure to again identify his best role to stymie his progress.

Coutinho was benched under Hansi Flick, who replaced Nico Kovac last November, with the new boss instead preferring Ivan Perisic and Leon Goretzka as he set up the team differently to his predecessor.

The playmaker has been deployed on both the left and right of a three-man forward line, as well as an attacking midfielder in what Flick believes is his "best position", although one that has also brought him into conflict for the No 10 role with Bayern stalwart - and a player revitalised this season - Thomas Muller. 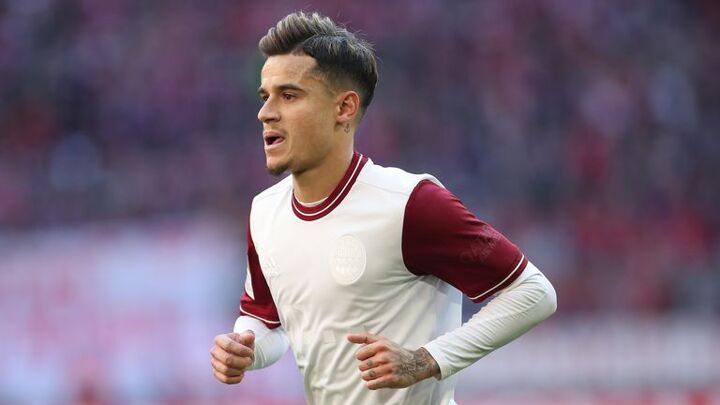 "Philippe is a gifted footballer," said Flick at the turn of the year. "I don't think we've integrated him enough yet [to see his best], though.

"It's not been easy for him coming to a new country, but he's getting better all the time. Hopefully, he'll progress further again and show what class he has. I hope the dam breaks and he shows the quality he's got."

The stats, though, seem to suggest Coutinho is most effective when used on the left-hand side of Bayern's front three, allowing him to cut in from that flank on to his more favoured right foot, as he was with great success towards the end of 2019.

In his last eight games before the winter break, Coutinho contributed five goals and three assists in his best run of the season, including the type of virtuoso display in a 6-1 win over Werder Bremen that got him his big-money move to Barca in the first place. 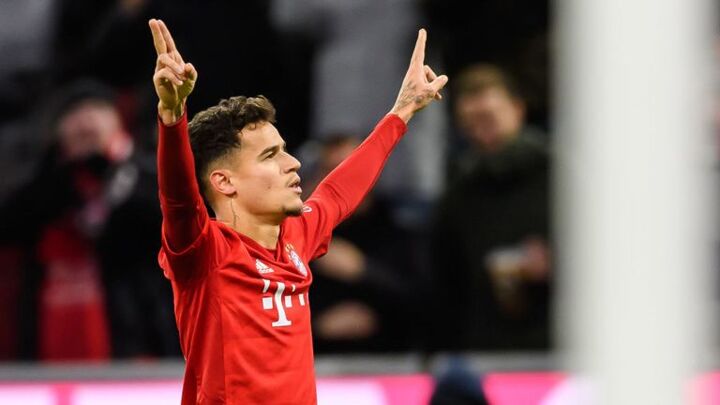 But that hat-trick and brace of assists last December do not seem to have convinced the Bavarians to cough up the £109m needed to keep the player at the Allianz beyond this season, as Karl-Heinz Rummenigge hinted to Bild in February.

"Why is [the transfer] not decisive? This is a difficult question," said the Bayern chief. "I think he played well in some games, while in others he gave the impression of being a little inhibited."

And inhibition tends not to go down too well at FC Hollywood.

Rummenigge's assessment is supported by Brazilian journalist Natalie Gedra, who says: "Coutinho's main problem is his mentality. He had some good moments in Bayern, but didn't show the consistency.

"And again, as at Barca, the pressure of having to work in a different club was too much for him to handle." 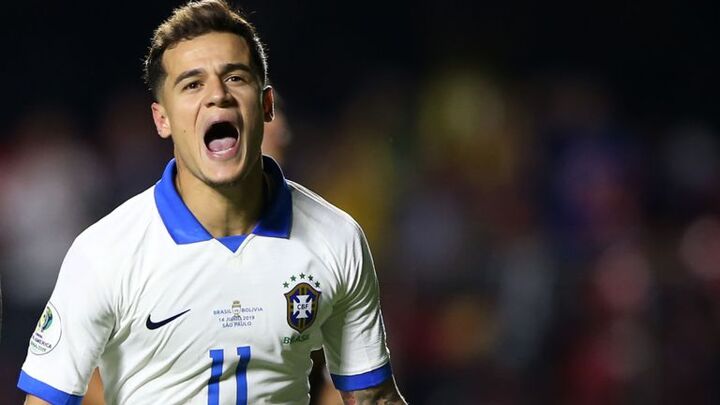 Finding the right role, and surroundings, both appear key then to getting the best out of Coutinho.

"During his best spell with Brazil, in the qualifiers for Russia 2018, he played more on the left of a front three, but having the freedom to go back and act as a No 10," says Gedra. "It was kind of a mix, and he did really well.

"But that period also shows how he can shine when the team is doing really well, but how he is not the kind of player who shines and sort things out by himself when they're not going really well."

Where next for Coutinho? 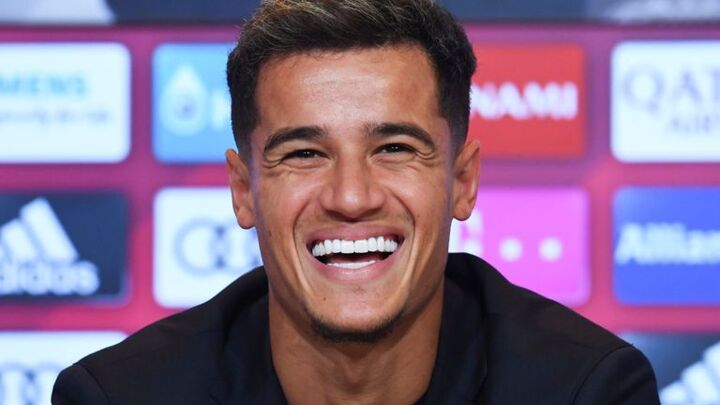 With his parent club reportedly keen to offload the playmaker next season, Arsenal, Chelsea, United and Spurs are all weighing up loan moves for Coutinho and Gedra believes a return to the Premier League would best suit the player.

"He has the experience of playing in English football for a long time and he has a very unique style that could bring something different to each one of these teams," she says.

"Coutinho is creative, versatile and skilful and one of the teams reportedly interested in him have a player with his characteristics - maybe Mesut Ozil on a good day, or Mason Mount can become a player like that.

"But United and Spurs definitely don't and I think they could all benefit from his creativity and from the way he reads the game when he's at his best."