Zinedine Zidane can't be blamed entirely for Real Madrid's defeat to Levante on Saturday, for he wasn't in control of Eder Militao's red card. 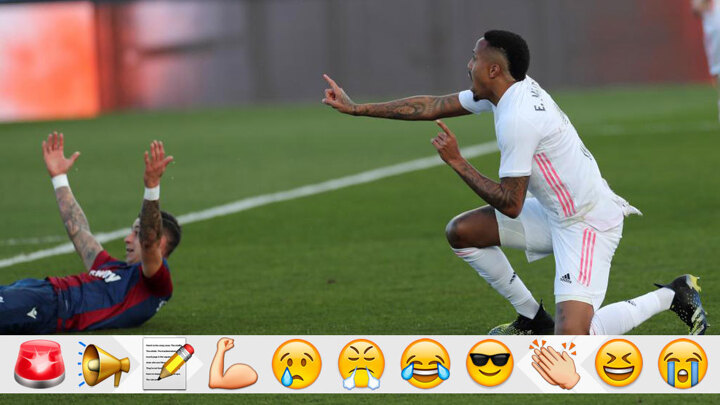 However, despite not being on the touchline at the Estadio Alfredo Di Stefano, the French coach did oversee the response to going down to 10 men.

When Militao was given his marching orders for a foul in the seventh minute, neither Zidane nor David Bettoni made any substitutions to solve the problem.

Casemiro was asked to fill in at centre-back but, after it appeared this would only be a temporary solution, he played there for the rest of the game.

Real Madrid made no real changes until the 82nd minute, when they had gone behind, sending on Sergio Arribas and Mariano Diaz. Who was coaching the team? 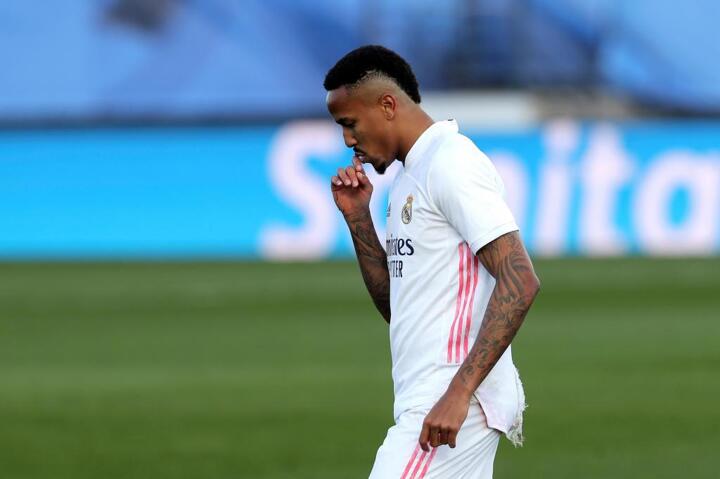 Once again in a Real Madrid shirt, Militao's luck was out. His initial yellow card for a foul on Sergio Leon in the seventh minute was upgraded to a red by VAR.

The Brazilian left the pitch making protests to his teammates and the officials, letting his frustration show after appearing in the stands later in the first half.

VAR played a key role in this contest. After upgrading Militao's booking to a sending-off, it was at the centre of Marco Asensio's opening goal.

Before Toni Kroos had sent the Spaniard through to score, Levante had appealed for a penalty when Ferland Mendy seemed to foul Gonzalo Melero in the box.

The visitors were awarded a penalty in the second half, though, but it wasn't clear whether Vinicius Junior's foul on Carlos Clerc was inside the area or not.

Aside from the controversial refereeing calls, there were a couple of memorable moments in the first half at the Di Stefano.

Firstly, Kroos' through ball to Asensio for the hosts' goal was just sublime. Levante responded with a special strike of their own through Jose Luis Morales.

Thibaut Courtois kept Real Madrid in the game for most of the second half. He dived to his left to get a strong hand to Roger Marti's penalty.

There's no doubt the Belgian is alongside Jan Oblak and Marc-Andre ter Stegen in the debate for the best goalkeeper in LaLiga Santander. 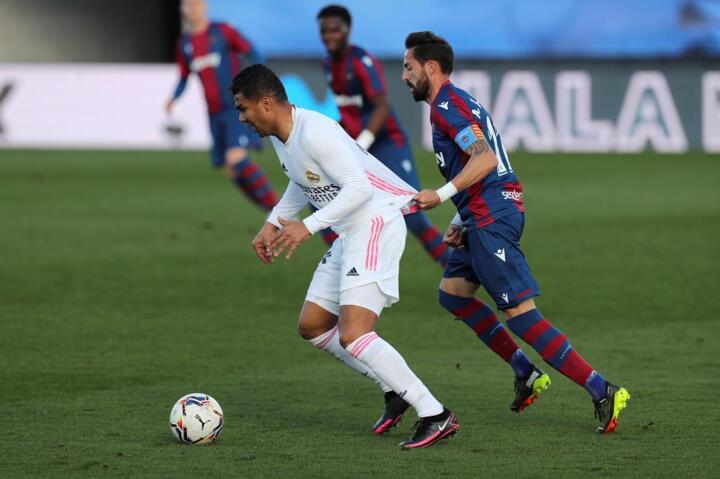 Where was Casemiro even playing? The Brazilian, told to cover Militao in defence after the red card, seemed to be everywhere.

In the absence of Sergio Ramos, Casemiro's credentials to be captain are as strong as anyone's in this Real Madrid squad. He gives his all.

After his excellent display against Alaves last weekend, Eden Hazard reverted back to a quiet performance against Levante.

Zidane called in to substitute him in the 58th minute for Vinicius, who isn't exactly in fine form himself.