Watching England in a major tournament final was once the stuff of legend and dreams. Now it is about to happen for the second time in just over 12 months. 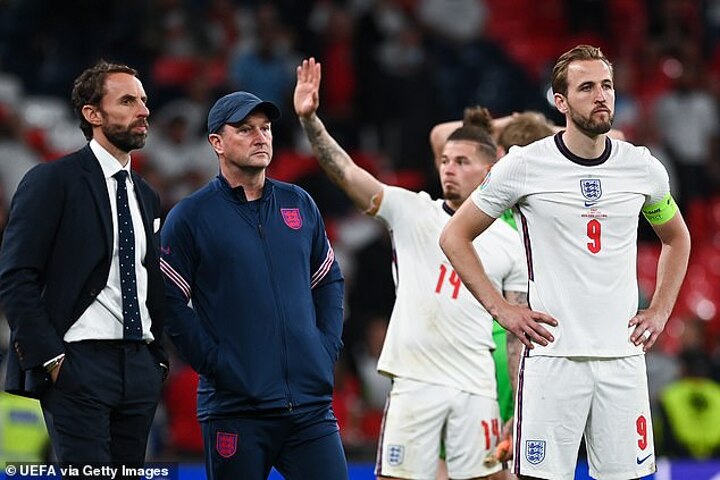 The men's side captivated the nation as they made it all the way to the showpiece of Euro 2020 at Wembley last summer, only to suffer the cruelest of all heartbreaks by losing to Italy on penalties.

Hoping to go one step further and finally bring home a first major honour at senior level since 1966 are England's women, who take on Germany in the Euro 2022 final on Sunday.

The Lionesses have soared through the tournament on home soil and a television audience of 9.3million tuned in to watch them thrash Sweden 4-0 in the semi-final on Tuesday.

But can Sarina Wiegman's team succeed where Gareth Southgate's failed? Sportsmail takes a look at what the Lionesses can learn from last summer's final. 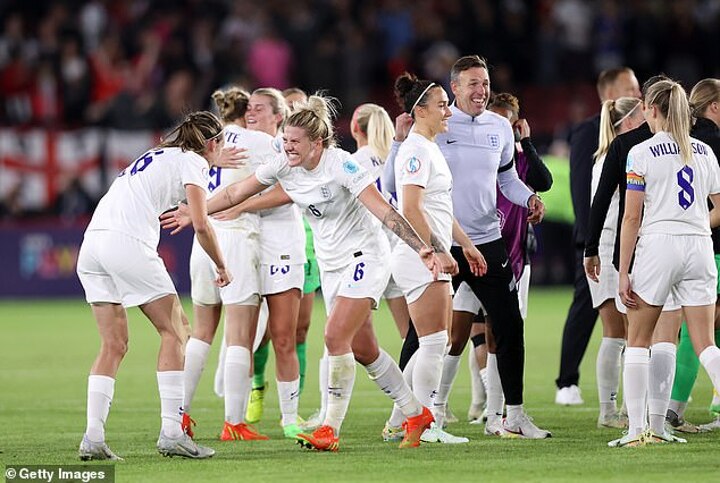 When Luke Shaw scored after 117 seconds against Italy last summer, it felt as though things couldn't get any better. Sadly, that proved to be the case.

As was the case in the World Cup semi-final against Croatia in 2018, England's early lead proved to be more of a curse than a blessing as it meant that they sat back, invited pressure and eventually Italy drew level.

The Three Lions posted their lowest possession in a game at Wembley (34.4%) for nearly five years as they allowed their opponents to dictate the contest, when they should have continued to press forward to kill the game off. Making such a fast start and not building on it felt like a huge missed opportunity. 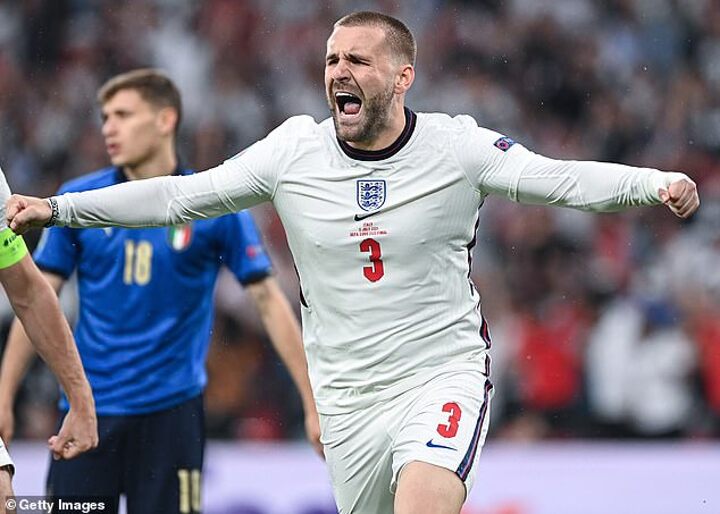 Fortunately, the Lionesses have shown that their central mantra this summer is to attack. They stuck eight past Norway in the group stages and then netted four against world no 2 ranked side Sweden in the semis.

Being only 1-0 up at half-time against the Swedes, Wiegman could easily have told her team to just defend for the second 45 minutes. But Lucy Bronze scored just three minutes after the restart and they continued to attack relentlessly. Maybe it's the men who could learn a thing or two.

Beware the pressure of 'bringing it home'

Sven-Goran Eriksson called it 'the ghost of 66'. At any major tournament, there is an unspoken pressure placed upon England teams to emulate Sir Alf Ramsey's heroes and win another trophy. For every side in the last 56 years, that pressure has proved too much.

Playing on home soil - the case last summer and this summer - adds expectation, while Baddiel & Skinner's Three Lions song that rings around stadiums can often bring pressure from other nations as 'It's coming home' can be misconstrued as arrogance. 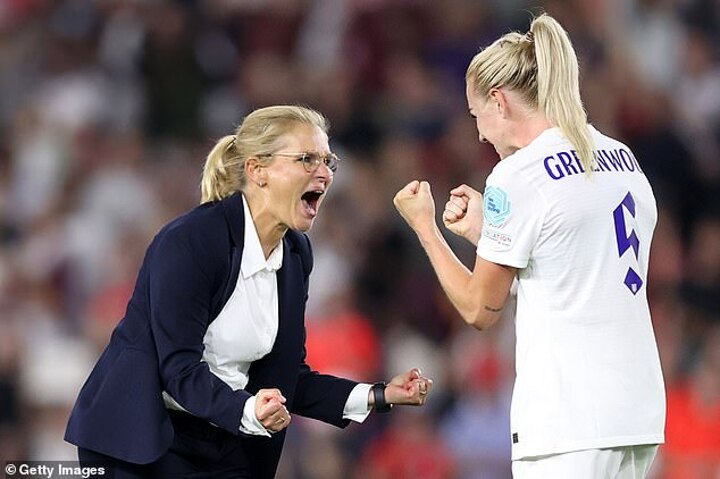 For the most part, England's men thrived under the weight of history last summer but then went into their shell when it came to the final.

The Lionesses must be cautious not to suffer the same fate. Their dazzling displays deserve to end in glory.

Don't substitute a player on just for the shootout

Penalty shootouts can generally be categorised as a lottery, but if prepared for inadequately then they can go horribly wrong.

Gareth Southgate found that out to his cost in the final last summer as he made the bizarre decision to bring on Marcus Rashford and Jadon Sancho in the 120th minute for the sole purpose of the penalty shootout.

Both substitutes touched the ball just twice each before the final whistle blew and they were left contemplating the biggest kicks of their careers. 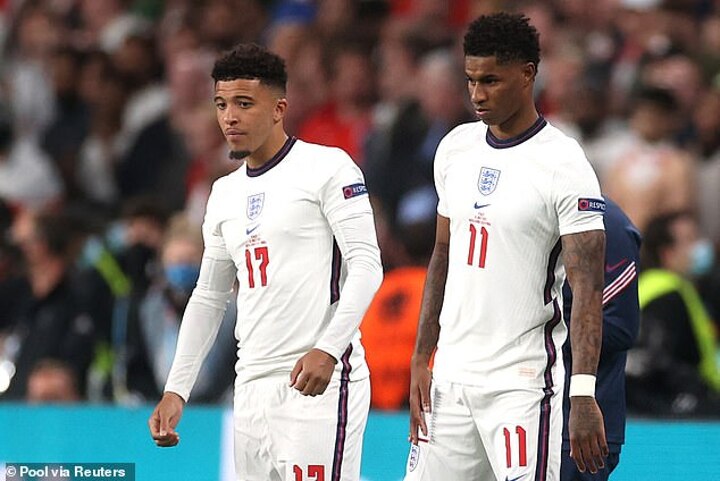 As we all know, the pair missed their attempts from 12 yards before Bukayo Saka suffered the same fate to hand Italy the trophy. Meanwhile, players such as Raheem Sterling and Jack Grealish were waiting in the wings.

England's women have only played in two penalty shootouts in previous major tournaments and they lost them both, including in the 1984 European Championship final.

'We've prepared and talked about every scenario that can happen,' Wiegman said before the Lionesses' semi-final win over Sweden.

Southgate's tactical capability as a manager remains the largest question mark hanging over the 51-year-old and his flaws were laid bare in the Euro 2020 final.

England's perfect start vindicated his decision to use a wing-back system, but Italy soon figured it out and nullified the Three Lions' threat by pinning back Kieran Trippier and Luke Shaw. 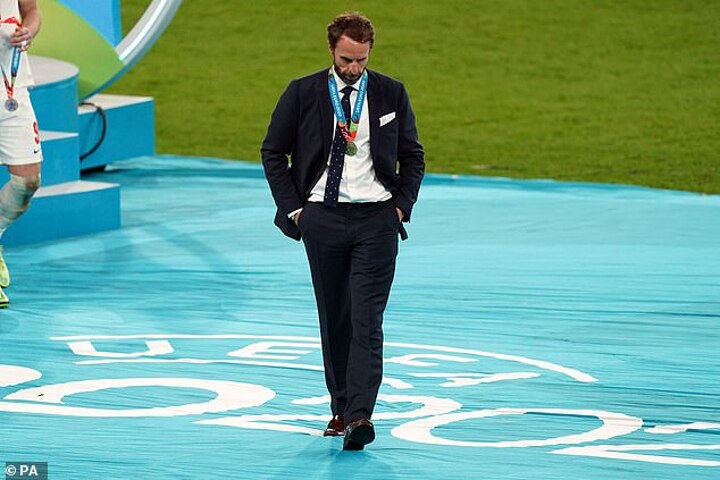 It was not until after Leonardo Bonucci had equalised that Southgate switched to a 4-3-3 formation by replacing Trippier with Saka, but by then England had already wasted the best time in the game to go two or three goals ahead.

The Lionesses have stuck fairly rigidly to a 4-2-3-1 system with the same personnel at Euro 2022 so far and haven't needed to make too many tweaks as they have dominated most teams.

Wiegman showed that she isn't afraid to change things though when England trailed for only the second time in her tenure against Spain in the quarter-final.

Alessia Russo, Ella Toone, and Chloe Kelly were all brought on in the space of six minutes and changed the tide of the game. Toone scored the equaliser and then Georgia Stanway found the winner in extra-time. 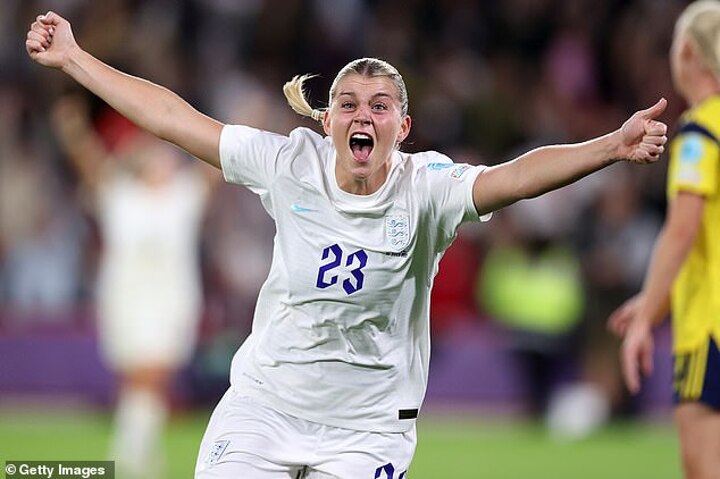 Russo in particular is England's go-to plan B, coming off the bench to replace Ellen White in all five games so far. After netting against Norway, Northern Ireland and Sweden, the Manchester United star could be the hero in the final.

Harry Kane started slowly at Euro 2020 last summer but went on to play a vital role in England's run to the final with the second goal against Germany in the last 16 and an extra-time penalty to beat Denmark in the semi-final.

However against Italy, the Three Lions skipper was virtually anonymous. For only the second game in his England career, Kane failed to attempt a shot or create a chance for a team-mate. 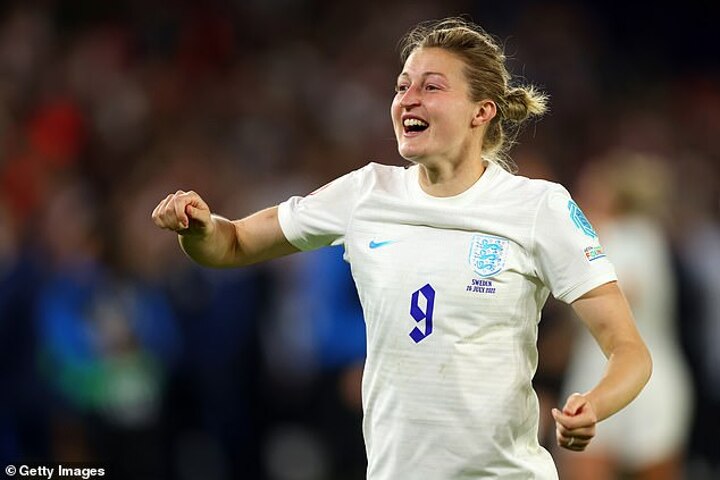 That wasn't entirely the striker's fault though, as he was starved of service as Southgate's side sat back. So the message is pretty clear: if you've got a prolific striker in your team, use them.

The Lionesses have such a player in record goalscorer Ellen White, who has only netted twice at the tournament so far but has been a relentless hard worker and vital to the team's success.

The 33-year-old is deserving of another start on Sunday, before super sub Russo comes on to see out a famous victory...