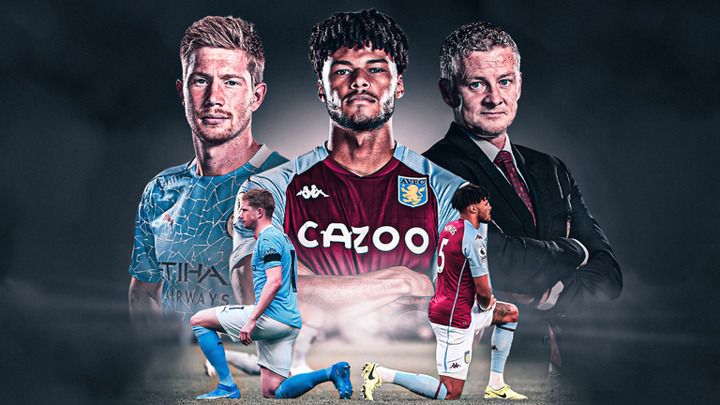 Floyd, a 46-year-old unarmed black man, died while being restrained, with videos filmed by bystanders showing Chauvin's knee pressed into his neck and back for more than nine minutes as he gasped for breath.

The footage sparked global protests about racism and police brutality, sending shockwaves through society and through football.

Premier League players and managers discuss how much football has changed, a year on from the murder of Floyd...

"The murder of George Floyd was the straw that broke the camel's back," Aston Villa and England defender Tyrone Mings tells Sky Sports.

"Everybody was like 'hang on this is enough now, this is something that we just can't let slide'." 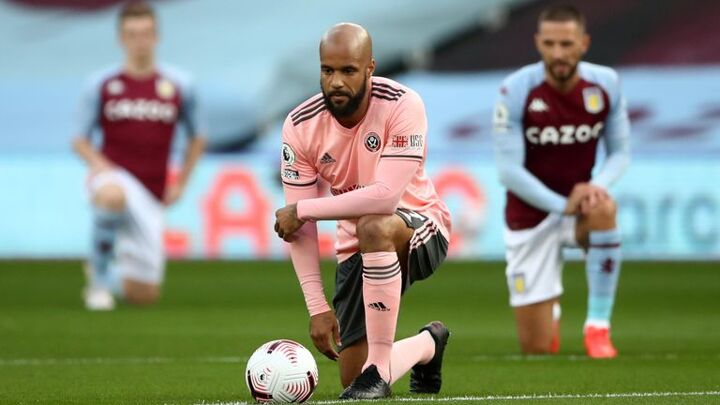 English football was suspended at the time due to the coronavirus pandemic and Aston Villa's game with Sheffield United was the first Premier League match to take place when play restarted.

The two sides took a knee at kick-off, while player names were replaced by 'Black Lives Matter' on the back of shirts.

"As a football club our game was the first game after lockdown," Sheffield United striker David McGoldrick explains.

"We wanted to take a stance with the kneeling before the game and that is still going on at the minute."

The gesture was mirrored by all Premier League teams, with Manchester City midfielder Kevin De Bruyne providing one of several memorable images as players took a knee en masse.

"Honestly, I don't know if it made a lot of impact, just [because] the fact that we still see so much racial abuse online and all that stuff," the Belgium international told Sky Sports.

"I don't know if it really made a strong impact. The players tried to do what they could do to make an effort to make a lot of people aware."

The only black manager in the Premier League last season, Wolves boss Nuno Espirito Santo, believes the game is making progress in the fight against racism but insists the road is a long one, and football cannot afford to be complacent.

"I'm fully aware it has been a year since the incident with George Floyd," he says.

"I think things have changed and football is being resilient on the fight against racism, so we have to continue, persist, insist, repeat until the message goes there because it will take time."

When football united to condemn plans for a European Super League, Leeds forward Patrick Bamford questioned why people did not show the same enthusiasm for tackling racism and systemic discrimination head on.

"It's amazing the amount of uproar that comes into the game when somebody's pockets are being hurt. It's a shame it's not like that when all the things that go wrong with things at the minute, racism and stuff like that," he said.

Manchester United manager Ole Gunnar Solskjaer agrees with Bamford, adding football has shown it can unite when it needs to.

"He was right," Solskjaer says.

Blades striker McGoldrick is calling for firmer action and stiffer penalties to tackle racism across the game.

"We need the same energy for racism," he says. "It's bigger than the European Super League.

"We've got to stamp down on it. Are we ever going to get it all out? Probably not - because that is the world we live in at the minute - but there has got to be tougher sanctions and bigger punishments."

Leeds striker Tyler Roberts wants to see more enthusiasm for confronting racism but is cautiously optimistic about the future.

"A lot of people had more to say about that than these sorts of matters, which are more life-related than money-related, so it was pretty bad to see.

"But at the same time, I think the movement of [tackling both] online racism and online abuse is still going on. It's good that is still continuing and, hopefully, we can see changes in that as well."

De Bruyne also believes lasting change ultimately lies in the hands of decision-makers and those in positions of power.

"I don't think as a player you are in a great position to do a lot about it," he says. "I think you've got to go further to the bigger guys, to politics, to set some type of rules in place."

Mings thinks people must accept there will be no quick fixes when it comes to confronting racism and improving diversity at every level of the game.

"Change is slow, though, and I think that is what people have to understand," he says.

"And to say all of that has happened in the last 12 months - I think everybody deserves a lot of credit."

Burnley captain Ben Mee can also see signs of progress after condemning those who had decided to fly a 'White Lives Matter Burnley' banner over the Etihad shortly after kick-off in the match between Burnley and Manchester City, a little under a year ago.

"There is always more to be done. We can always do more," he says.

"It's been a good start. This year has been massive for it. It has brought it to the mainstream, kept it in the limelight, hopefully, that support and that change will happen."

In March this year, Crystal Palace winger Wilfried Zaha became the first Premier League to stop taking a knee. Zaha said he felt the protest had lost its impact and suggested players "stand tall" in the fight to end racial inequality faced by black people. 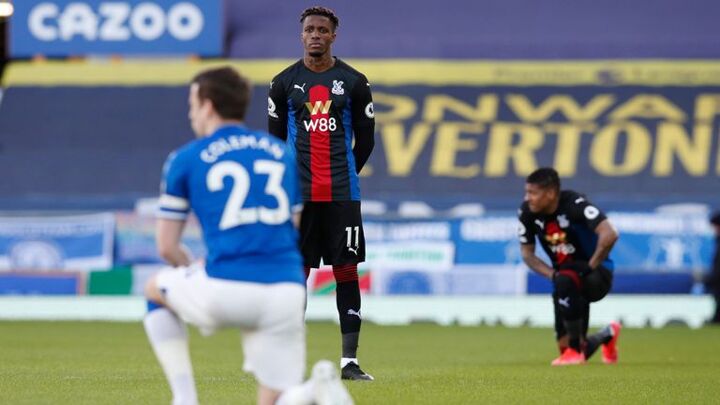 "The education and the message we have to keep getting out there is that if people don't choose to take the knee that's not because they don't believe in it," Smith says.

"It's because they don't feel it's having an effect anymore and there are other ways they can go and make that effect.

"But I think for me, it is how you set your culture at your football club, how you live life daily. That's the way we go and educate other people."

"I want to take the opportunity to say thank you to the Premier League for organising this platform to show the world," he says.

"It is a dot in the universe, a drop in the ocean to show what we have to do but we are going to solve it - not just with football, I think it [also] comes from the schools with the new generation.

"The guy who is racist is going to be racist for the rest of his life, he will not change, but we can change it for the new generation, the young boys and girls.

"We'll start with the new generation, and everything we do will be good. We have to try, day by day. We will not change it in one day, it will take decades, but anything we can do, we have to do it."

Kick It Out reporting racism

Kick It Out is football's equality and inclusion organisation - working throughout the football, educational and community sectors to challenge discrimination, encourage inclusive practices and campaign for positive change.