Ronaldinho was the ultimate free spirit on the pitch. 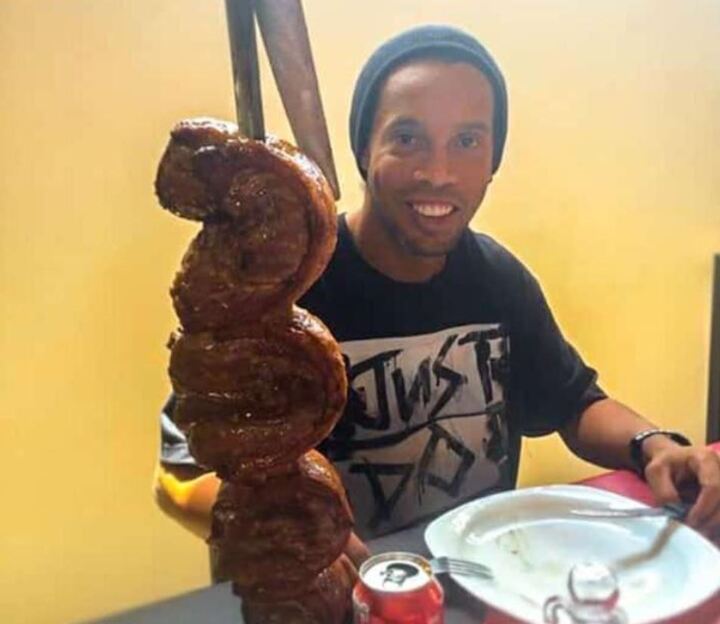 But the tricks and flicks are long gone and the toothy grin replaced by a prison mugshot.

The former Brazil No10, who spent his 40th birthday on Saturday languishing in a Paraguayan jail, has perversely had his football life shaped by tragedy and failure, despite all the joy he displayed on the pitch.

This is just the latest episode. 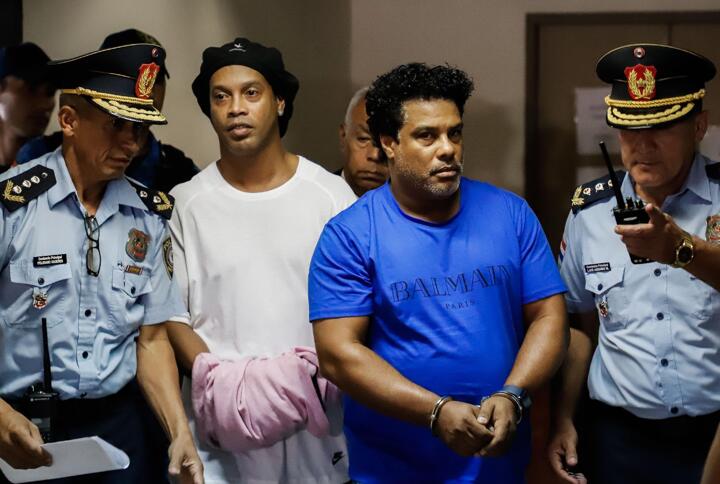 Ronaldinho entered Paraguay on a forged passport, and the authorities are investigating whether he is involved in money laundering activities.

Considered a flight risk, he has been detained. And at the moment, because of coronavirus restrictions, the only people who can visit him are his lawyers.

It is a desperately sad situation for someone who, with the ball at his feet, symbolised the joyful possibilities of self expression through football as well as anyone who has ever played the game. 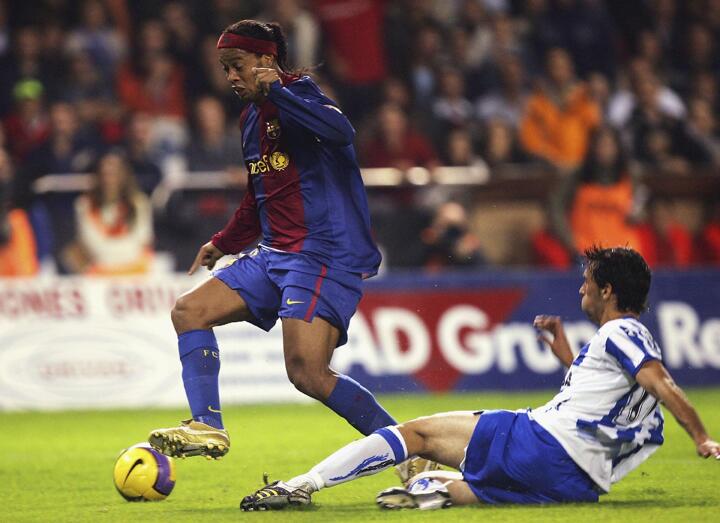 And if illicit activity has taken place, it is hard to imagine Ronaldinho being aware of it. One of his own lawyers can close to describing him as an idiot, starting that he had little awareness of what was going on around him.

But in his glory days as a player he was not only individually brilliant. He was also blessed with footballing intelligence.

He thought about the game, and showed excellent collective vision. I well recall interviewing him for the first time back in 2000. He was enthusiastic and bright and clearly in love with what he did. 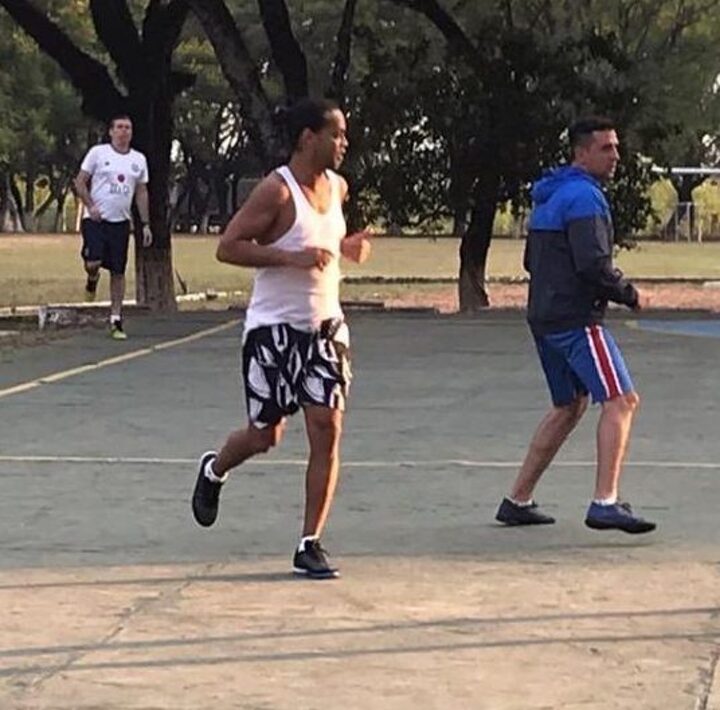 It is such a shame that it all ended so soon. The turning point of the career was the 2006 World Cup.

Going into the tournament the Brazilian press was full of hopes that this was the moment when he prove himself better than Pele. 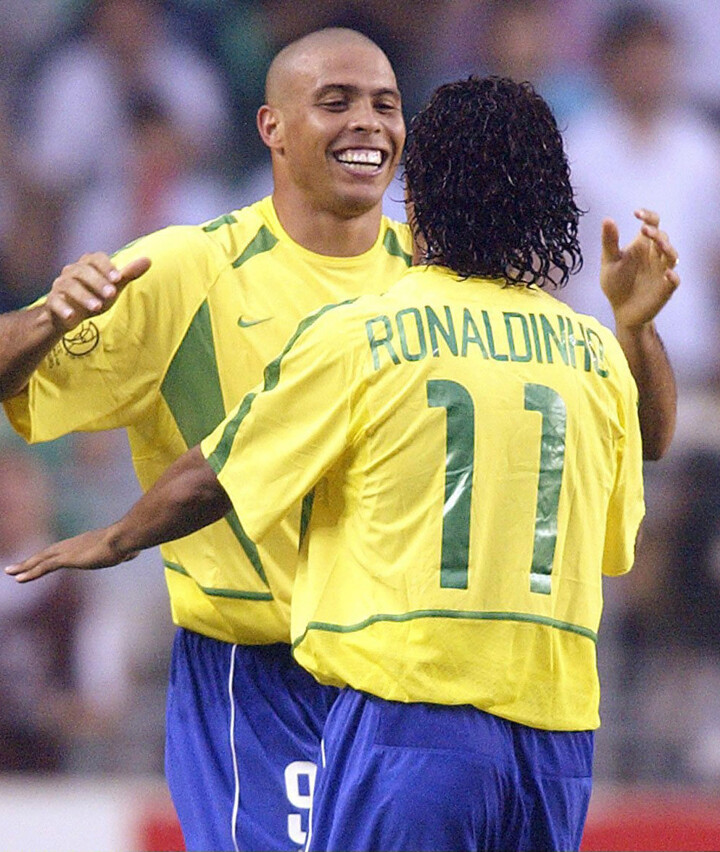 It seems either funny or sad in retrospect. He had a poor tournament – in fairness the Brazil side was not well balanced.

But never again did he hit the heights of 2004 and 2005. For over a decade afterwards there were occasional flashes but never the same extraordinary level of performance.

At 26, when he should have been moving into his prime, he was already past his best.

Why? Surely because he lost the love for his profession. Other things interested him much more.

TRAGIC DEATH OF HIS FATHER

It is pure speculation – and probably arrogant amateur psychology – but it is possible that the most significant event in his life was the death of his father. 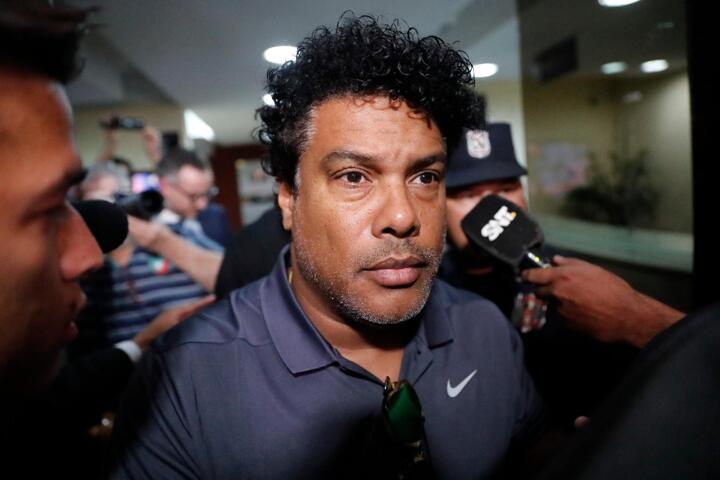 Ronaldinho's older brother Assis was a footballing prodigy. When he signed his first big contract at Gremio the family moved from a poor neighbourhood to a big house with a swimming pool – in which their father tragically drowned.

It was Assis who discovered their dad's body when he returned from training to celebrate his 18th birthday and his parents' anniversary.

Reportedly their father had suffered a heart attack. Ronaldinho was just eight at the time.

This may have had two effects. First it impressed on Ronaldinho the fact that life was short and precarious. If he wanted to enjoy himself, he should do it now.

Secondly it meant that Assis became a father figure, taking care of all aspects of his life. The son will eventually outgrow the father.