Just over 90 days have passed since what was undeniably the lowest point of Manchester United's Premier League season. 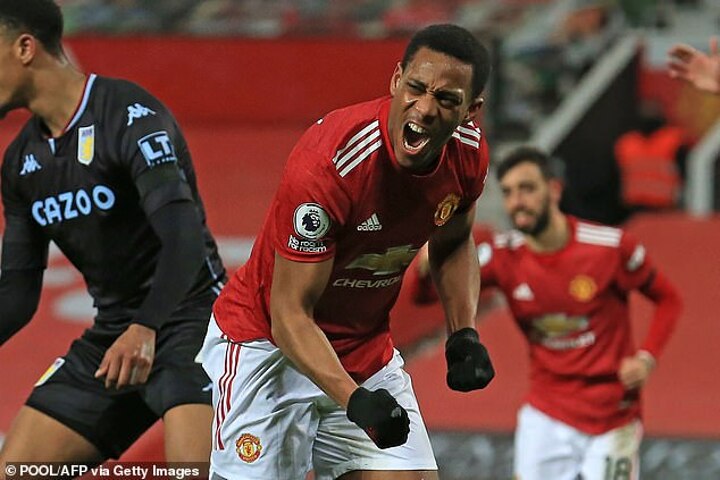 After making a miserable start to the campaign, Ole Gunnar Solskjaer watched on as his men were annihilated by Jose Mourinho's Tottenham upon their own turf.

On that fateful afternoon Old Trafford became a mausoleum, as Spurs ran riot and condemned United to a painful 6-1 death as the football world watched on.

It felt like the end of the road for Solskjaer, but now it appears to have been a moment of clarity. Since, United have risen from strength to strength.

An exit from the Champions League has enabled the Red Devils to look at the season ahead, taking a holistic approach and realising maximum priority now rests with the Premier League.

The results have piled in thick and fast, with United winning eight of their last ten league games, while drawing twice against Manchester City and Leicester respectively.

It represents an astronomical turnaround, with United now level on points at the top of the table with bitter rivals Liverpool. The two sides will soon meet at Anfield, and United could well pull clear of the rest of the division.

With things looking increasingly rosy at Old Trafford, Sportsmail takes a deeper dive into the changes that have been made, and how Solskjaer has fine-tuned his red machine to deliver optimum performance.

The Frenchman is back to his best and popping up in those crucial moments to make the difference.

Martial is now looking every inch the forward United though they had signed from Monaco in September 2015.

In recent weeks Martial has regained his confidence, and took command against Villa by putting his side ahead.

The threat of Martial upfront is, in turn, allowing Marcus Rashford to flourish. The Mancunian is accustomed to playing slightly off the Frenchman, and the panic of opposition defences in dealing with the movement of Martial has allowed the goals to flow.

It is quite the transformation for Martial, who epitomized United's misery on that forgettable afternoon against Spurs by seeing himself hit with the ultimate public humiliation and being sent off.

An enduring criticism of £50m man Aaron Wan-Bissaka was that he could defend resolutely, but was seen to be unable to fulfill the role of the modern day full-back in getting forward.

After each United game clips would regularly circulate on social media, showing the youngster attempting to overlap his midfielder before either losing possession or failing to execute a cross. 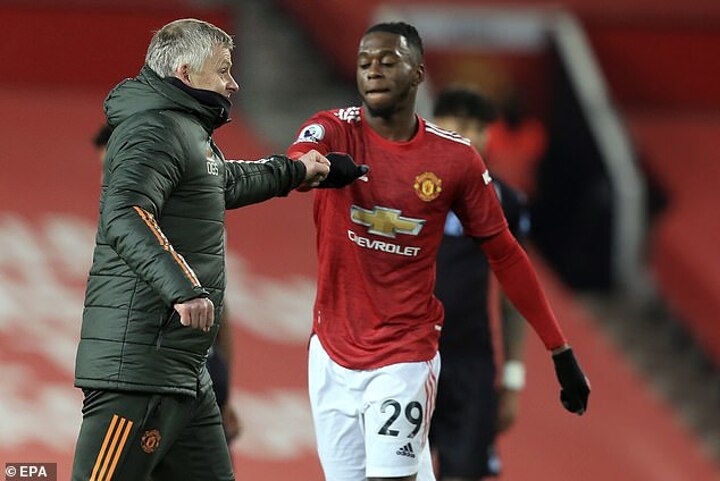 Now, however, something has clicked. Solskjaer has afforded time and patience for Wan-Bissaka; a player he has repeatedly backed in public interview.

The 23-year-old has clearly worked to overhaul his game, and this was evidenced clearly enough against Villa with his pinpoint cross to pick out Martial and get United on the goal trail.

In recent weeks United supporters have noted how the former Crystal Palace man now not only looks to break up opposition attacks, but instead focuses on how best to quick transition his own runs so as to immediate aid United's counter-attacking play.

This is the preferred approach under Solskjaer, and Wan-Bissaka's struggles to adapt to this style in the infancy of the campaign caused myriad teething issues.

Now, both Wan-Bissaka and those around him are chomping at the bit, with many supporters delighted to point out that he now has an equal amount of goals and assists to Chelsea's £70m man Kai Havertz, after the same number of games played.

In early December Paul Pogba's agent, the infamous Mino Raoila, decided to play his trump card and declare the Frenchman's time at Old Trafford was 'over.'

The comments followed rather coincidentally on from Pogba's late goal-scoring cameo against West Ham, and they were enough to potentially de-rail United's then slowly blossoming form.

Except Solskjaer refused to let this happen. 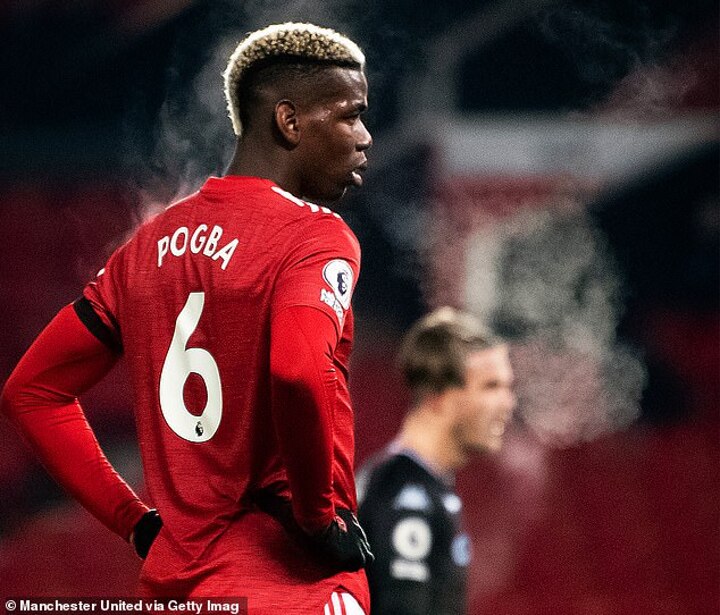 Since, the United boss has used Pogba on his own terms, either bringing him on from the bench to impact game or carefully deliberating on which fixtures he should start from the off.

To say the result has been astounding would be a fair assessment. The wily Solskjaer was quick to recognise that Pogba must keep up an optimum level of performance, in order to keep himself in the shop window when Europe's elite come browsing.

As a result, Pogba has provided the good and played an integral part in United stacking one strong result on top of another.

Whether it is an animicable agreement remains to be seen. Either way, Solskjaer is getting what he needs out of United's most expensive player, and the brash Raiola has been all but nullified.

After addressing the rumbling Pogba situation, Solskjaer cut the mr nice guy routine once and for all.

Much was made in the early parts of the season of the Norwegian's indecision when it came to his midfield.

Solskjaer appeared to chop and change each week, completely overhauling the heartbeat of his United team and gave of all warning signs of a man who simply did not know his midfielders. 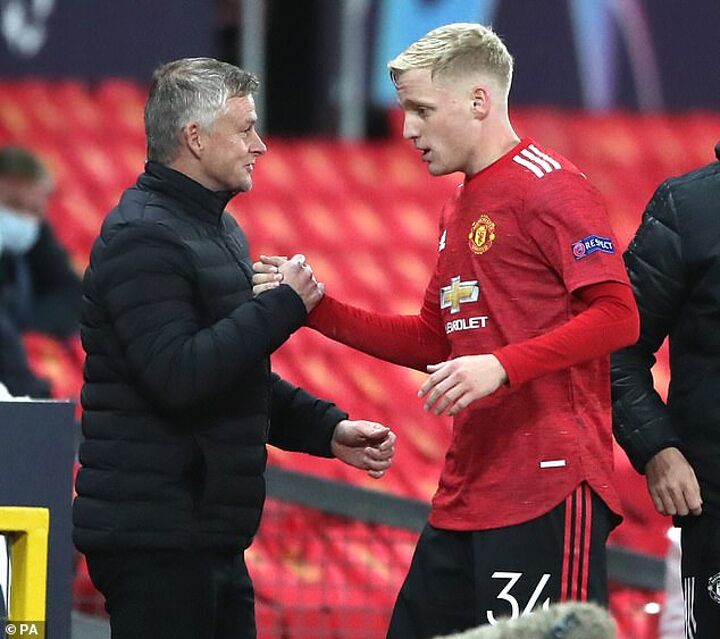 Those days are now behind United, as Solskjaer has worked out that his side are best served with talisman Bruno Fernandes as the indispensable unit in midfield, with slight tweaks around him depending upon the opponent.

Fernandes has continued his imperious form for United as a result, and is an early runaway candidate for the PFA Player of the Season.

It has however spelled bad news for Donny Van de Beek. The £40m Dutchman has felt the brute force of Solskjaer's ruthless side, and is struggling to get a look-in.

The talents of the former Ajax man have been evident in his fleeting displays, though Solskjaer appears to have recognised that he could ill-afford to have the 23-year-old acclimatising to the league while United's form was plummeting.

Now, 'Mr Ruthless' could well be rewarded later in the season by working with Van De Beek behind the scenes and using him as an ace up the sleeve at the business end of the campaign.

Solskjaer made his opinion known at the start of the season that his United side simply were not fit enough and up to the required pace.

This, he clearly pointed out, was as a result of the pre-season campaign being all but eradicated by the coronavirus pandemic schedule delays.

Cynics believed this to be an early excuse from Solskjaer, particularly with United uncharacteristic struggles to record victories at Old Trafford. 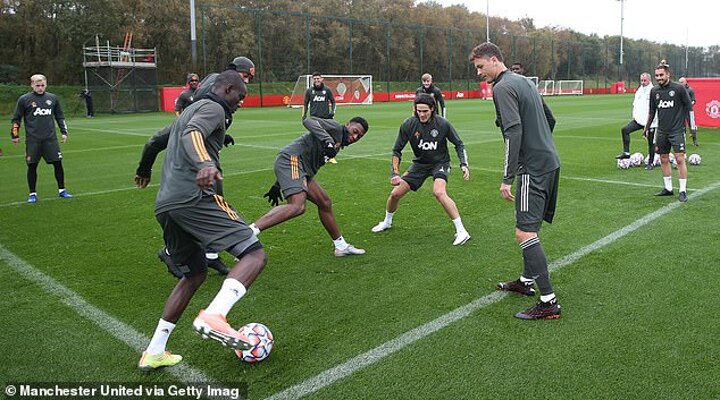 Yet now, we are seeing Solskajer's early words come to fruition. The United boss has had time to bring his men up to scratch behind the scenes, putting on additional training sessions and instructing some of his stars to undertake personalised sessions.

United are now running harder than ever before, with recent statistics showing that they are currently covering more ground that Jurgen Klopp's pressing Liverpool or Marcelo Bielsa's workhorses Leeds United.

Having raised the fitness levels across the squad, United are now benefiting greatly.

Playing in this manner allows the side to not only remain sharp for their counter-attacking moments, but can also carve out this opportunities with much more regularity by being constantly on top of their foe, harrying defenders and squeezing loose space to prompt mistakes. 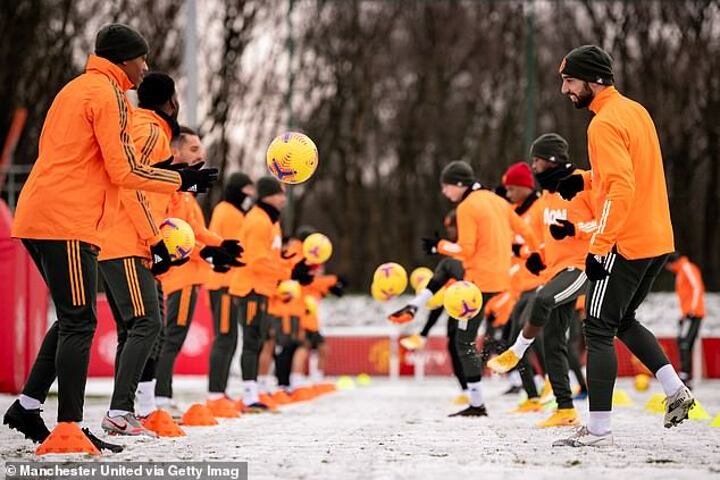 Any team aiming to win the title must have depth. It is a bare requirement and, most importantly, it must be used correctly.

Liverpool's showcased this expertly last season as they stormed to the winners' podium, and now United are following a similar path.

While Solskjaer missed out on acquiring his top transfer targets in the summer, the likes of Alex Telles and Edinson Cavani did come on board.

Both men have made considerable impact.

After a long period of adjustment and being brought up to match fitness, free agent Cavani has shown the sharpness and nose for goal which made him so feared across the continent. 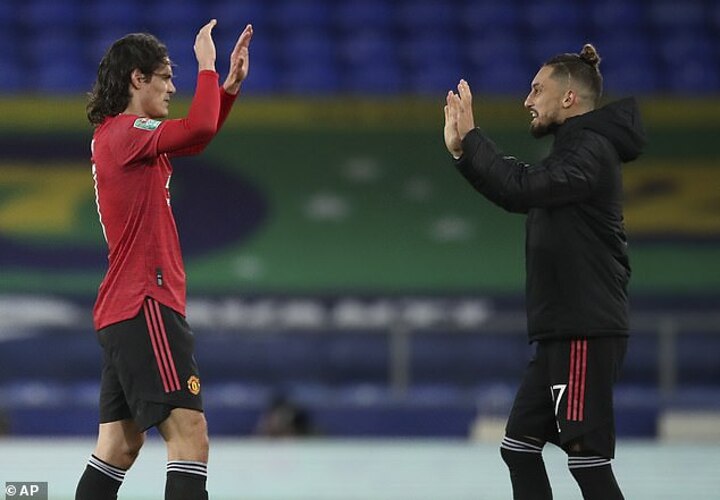 Solskajer has been able to call upon the Uruguayan to enter the fray in games and become a game-changer - which was best seen in the breathtaking turnaround against Southampton when Cavani hit a brace in the final 15 minutes to seal a 3-2 comeback against Ralph Hasenhuttl's in-form side.

Cavani's arrival very much mirrors that of Zlatan Ibrahimovic under Jose Mourinho; a veteran striker desperate to prove he can still perform at the top of his game and conquer English football.

Telles, likewise, has rotated well in and out of the defence this season. Giving Luke Shaw a break while also keeping the England international on his toes.