Just as Jurgen Klopp might have thought Liverpool's injury crisis couldn't get much worse, it did. 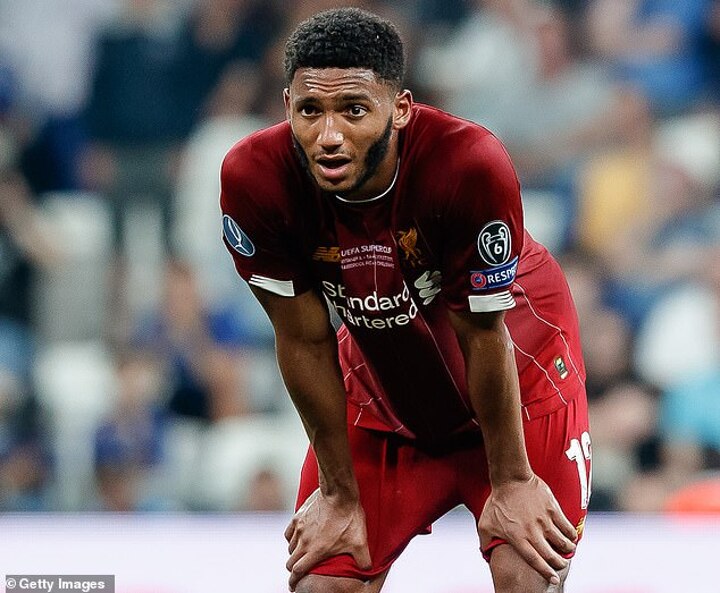 With nobody near him, Joe Gomez's knee buckled in England training on Wednesday and he crumpled to the floor, very possibly along with Liverpool's chances of defending their Premier League title this season.

The diagnosis is still to be confirmed but the 23-year-old centre-back is expecting to face a major battle to play a part in Euro 2020 next summer, let alone any role in the remainder of Liverpool's season. He joins Virgil van Dijk on the sidelines for the campaign, a place Gomez knows all too well already in his fledgling career.

Klopp, ever the pragmatist even in times of strife, will be rapidly unpacking his boxes at his new office in Kirkby before trying to plot Liverpool's way through what will be a season-defining run of games once his players return from this latest round of internationals. So what exactly are the issues he faces? Sportsmail look at each one.

Liverpool have 12 games in 43 days across the Premier League and Champions League - roughly one in every three-and-a-half days - until January 2, when the transfer window will be open and they can sign a reinforcement.

First up is Leicester at Anfield, a must-win match. Brendan Rodgers' men top the table after eight games and the Northern Irishman will smell blood as he returns to his former club. It would be a huge statement for Leicester win at the home of the Premier League champions. 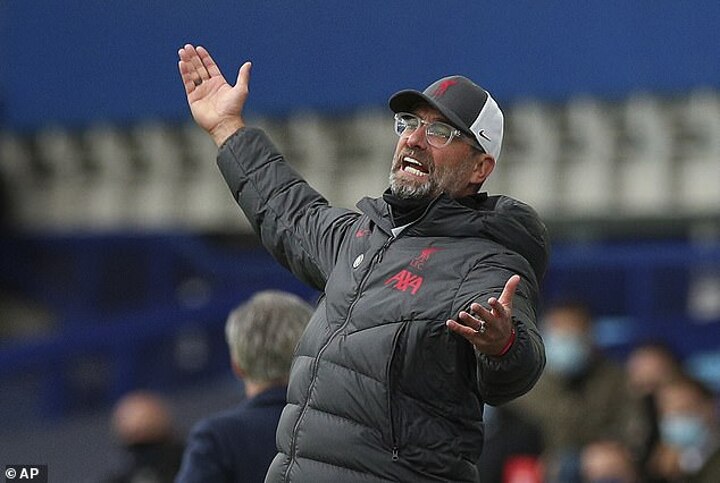 Klopp would wake up the next day with Liverpool having nine games in 38, two of which would be dead rubbers and suddenly, a game for his biggest stars once every five days or so starts to look a little bit more manageable.

It is worth remembering as well that Liverpool have already played Manchester City, Everton, Arsenal and Chelsea.

They do have crunch clashes with Tottenham and Manchester United this side of Christmas and meet Southampton on January 2, a devilishly tricky match to end the festive period, especially if Ralph Hasenhuttl's men keep up their current trajectory.

At present, Klopp has three central defenders at his disposal; Joel Matip, Rhys Williams and Nathaniel Phillips. After them, there are two 18-year-olds in Sepp van den Berg and Billy Koumetio, as highly-rated as they are inexperienced. To add a further twist, Phillips isn't registered in Liverpool's Champions League squad because he was expected to leave in the summer transfer window.

For the Leicester game, Trent Alexander-Arnold is expected to be absent as well after a calf injury forced him off in Liverpool's draw with Manchester City on Sunday. It is too early to tell if he'll return for Atalanta.

A back four of James Milner, Nathaniel Phillips, Joel Matip and Andrew Robertson will likely be tasked with keeping Jamie Vardy and Co at bay - as long as they all stay fit, of course. Young right-back Neco Williams is also a contender to deputise, but surely Klopp would consider both he and Phillips too inexperienced for both to start such a game? 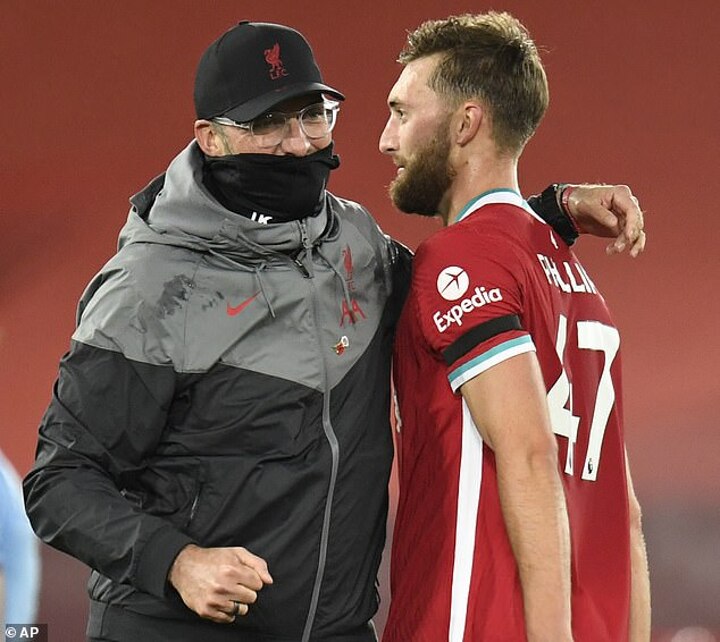 Rhys Williams' much-fabled journey from National League to Champions League is a fabulous story but there is now going to be a far higher amount of pressure on his shoulders as Liverpool try to keep their title challenge going.

Phillips, meanwhile, was brilliant in Liverpool's 2-1 win over West Ham but faced a side playing to his strengths in the air, with Sebastien Haller leading the attack.

Leicester boss Rodgers will be keen to test him out with the ball on the ground on November 21. His only other senior football of note came from a loan spell with Stuttgart last season, who were in Germany's second tier.

Joel Matip's fitness has often blighted his Liverpool career and so far. This season epitomises that.

He has played only three times so far in the Premier League - the first day against Leeds, the Merseyside derby against Everton and the 1-1 draw with Manchester City.

He is now at Kirkby rebuilding his fitness during the international break and there is no doubt Klopp will be working intensely with him and Phillips while Williams is with the England Under 21s.

But when Matip has remained fit, his form has got better and better. He was arguably outperforming than Virgil van Dijk in the 2019 season run-in that saw Liverpool win the Champions League. He needs to recapture that form once again. 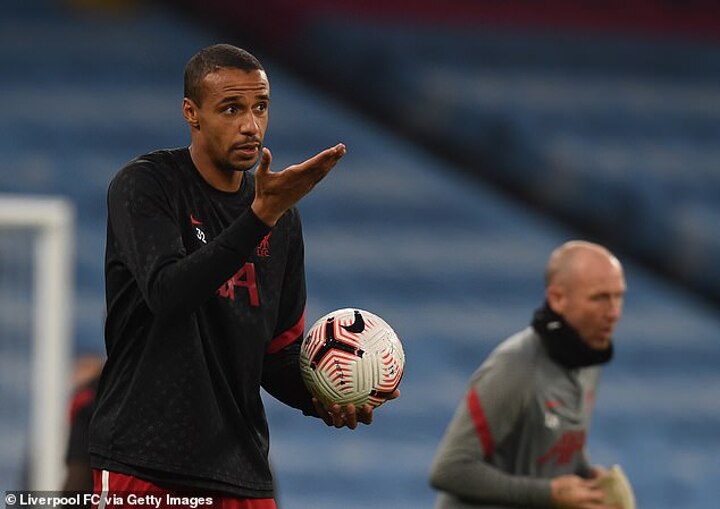 WHEN WILL FABINHO RETURN?

A lot depends on the return to fitness of Fabinho, as well. The Brazilian went off against Midtjylland with a hamstring injury on October 27. A full timeline has not been placed upon the extent of the injury but it was mooted that he could return sooner than later after the November internationals.

He is an astute back-up in defence and has performed well there so far this season but it must also be recognised that even when he is in the back line, it means he is absent from Liverpool's midfield.

His role as the defensive anchor is vital to Liverpool's strongest setup and it must not be ignored that he is still an important absentee in midfield, even if he is in the back four. 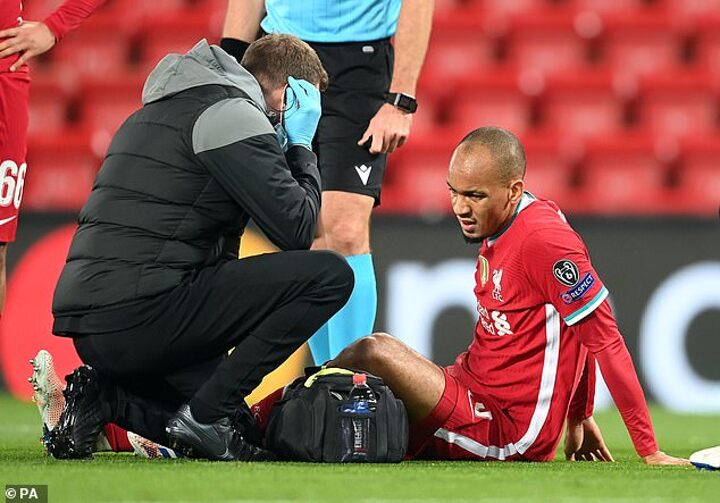 Liverpool urgently need to sign a defender but there is no guarantee that they will have a defender ready to walk through the door on New Year's Day.

Every single team across Europe will know how desperate Klopp is for reinforcements and it will be an incredibly difficult test for Liverpool's sporting director and transfer guru Michael Edwards, who has done some incredible work in windows gone by.

Liverpool are likely going to be held to ransom by whoever they negotiate with and there could even be an argument for two central defenders arriving if the money is available along with the right talent. It can never be guaranteed that players return better than before after a major knee injury and Liverpool currently have two of them facing lengthy spells out with them. 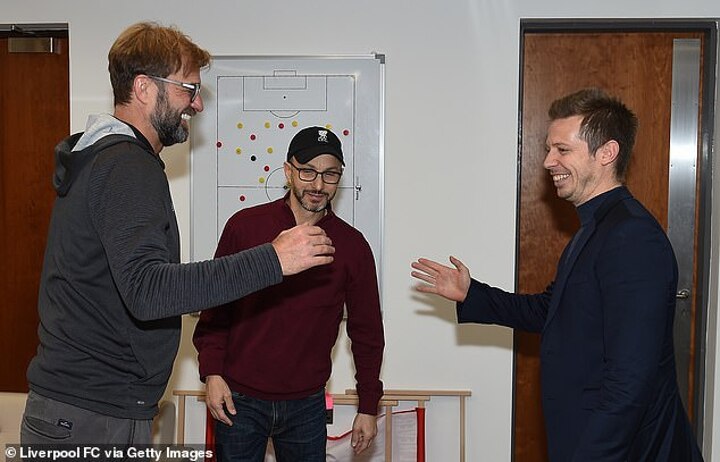 While Klopp might be left to rue not signing a centre-back after Dejan Lovren left in the summer, he will be relieved he finally landed a proper left-back to support Andrew Robertson in Kostas Tsimikas.

Tsimikas has had a difficult settling in period since arriving from Olympiacos - he has only played twice in a Liverpool shirt so far, starting the 7-2 League Cup win over Lincoln and coming on in the 82nd minute of the 5-0 win over Atalanta.

Protecting Robertson - now the only fit member of Klopp's full-strength, title winning back four - will be crucial for Klopp over the coming months.

Tsimikas stepped up his return to fitness this week with 45 minute for Greece in their 2-1 win over Cyprus, which is some much needed light relief for Klopp. 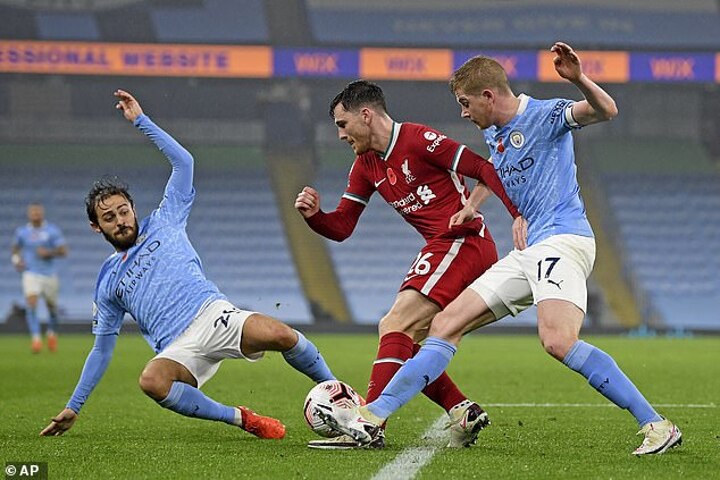 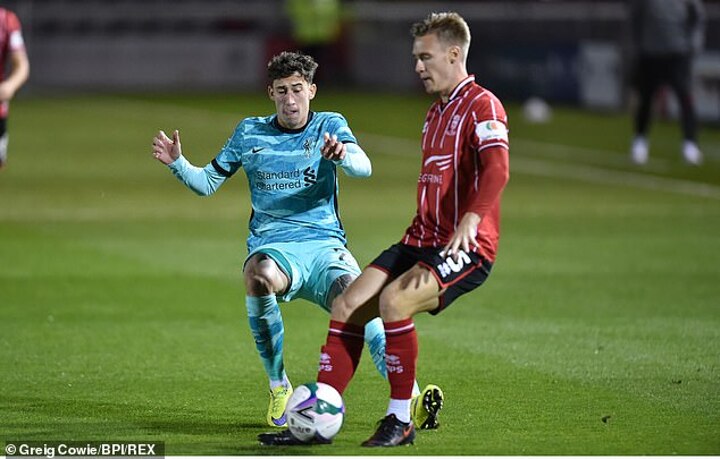