This Saturday marks the first anniversary of Mikel Arteta's appointment at Arsenal. It has been a year of highs and lows. Few could have predicted his side would lie 15th in the Premier League table just four months after winning the FA Cup. 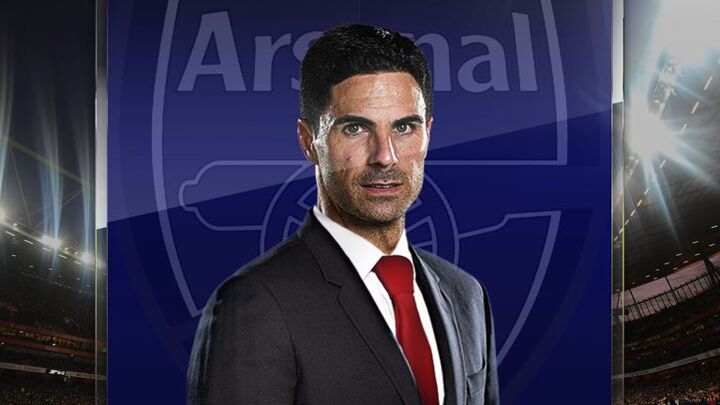 But transforming Arsenal's fortunes was never likely to be easy - least of all for a 38-year-old with no prior managerial experience. Arteta inherited a club in chaos and a squad in need of rebuilding. He has had to contend with problems off the pitch as well as on it.

Arsenal remain a long way from where he wants them to be. In fact, the Premier League table suggests they are further away than ever. So how did they get here? And does a brighter future lie ahead?

Listen to the Sky Sports Pitch to Post Podcast on: Spotify | Apple | Castbox 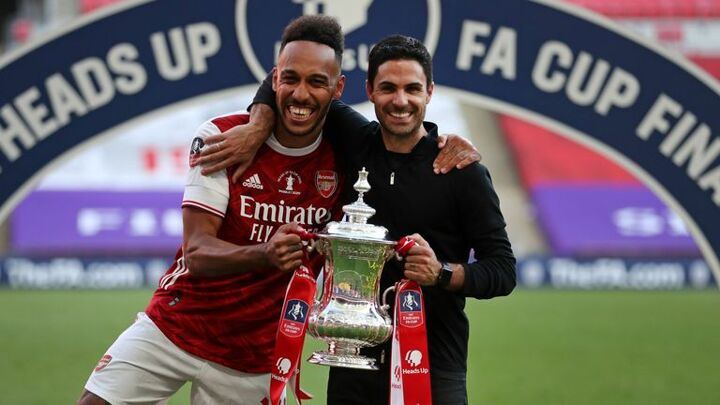 It is of course to Arteta's immense credit that he was able to win silverware only months into the job. Arsenal's FA Cup triumph in August, achieved with impressive victories over Manchester City and Chelsea, generated excitement and optimism among supporters.

There was more positivity when Arsenal overcame Liverpool on their return to Wembley for the Community Shield. They then started the Premier League campaign with three wins out of four. Pierre-Emerick Aubameyang agreed a new contract. The club completed a £45m deal to sign Thomas Partey.

Expectations were raised. Arsenal had limped to an eighth-placed finish in the previous campaign, but it felt like they might have it in them to compete for a top-four finish in Arteta's first full season in charge. Arsene Wenger rather unhelpfully suggested they may even be able to win the title.

Soon, though, the optimism began to fade.

Victory over Manchester United at Old Trafford last month was another glimpse of progress, but there were defeats to Manchester City and Leicester before it and there have been four more since. They add up to Arsenal's worst start to a season since 1974. 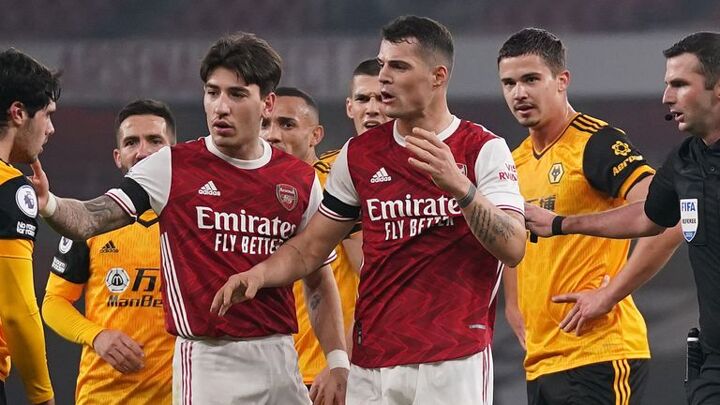 In truth, the underlying numbers on Arsenal's performances were always ominous.

Arteta improved results against big-six rivals. He introduced structure on the pitch and brought clarity off it, with players queuing up to praise him. But the fundamentals of generating scoring chances at one end and preventing them at the other remained problematic.

Across his 12 months in charge, Arsenal have consistently ranked in the Premier League's bottom half for both shots and expected goals. In addition to those attacking shortcomings, there is enduring defensive vulnerability. Only Sheffield United, West Ham and Newcastle post worse numbers for expected goals against.

Arteta's side were able to defy that data thanks in part to the ruthlessness of Aubameyang - who scored 16 goals in 22 appearances under the Spaniard last season, despite meagre service - and to the wasteful finishing of their opponents at the other end of the pitch.

But there was always a suspicion it was unsustainable and so it proved.

Aubameyang's goals dried up and Arsenal's opponents began taking their chances. Now, rather than outperforming the xG data, the Gunners are scoring fewer goals than expected and conceding more. It is a regression towards the mean and inevitably results have suffered. 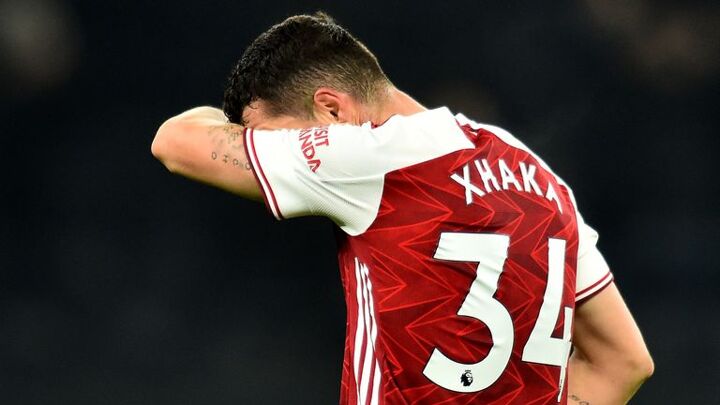 Many of the senior players underperforming now are the same who underperformed under Unai Emery and Arsene Wenger. It is the challenge of the manager to get the best out of them, but the squad requires an overhaul if Arsenal are to break the cycle of the last few seasons.

Arteta is paying the price for poor decisions which came well before his appointment, but he is not free of blame. His loyalty to certain individuals, including Granit Xhaka, appears misplaced, serving to anger supporters and block pathways for other players.

While some have been indulged, others, such as Mesut Ozil and Sokratis Papastathopoulos, have been discarded.

Arteta's efforts to change the culture at the club should be applauded. But the manner in which he has done it invites scrutiny. Freezing out senior players who still carry influence in the dressing room is hardly conducive to a positive atmosphere, after all.

Player turnover has been too slow. 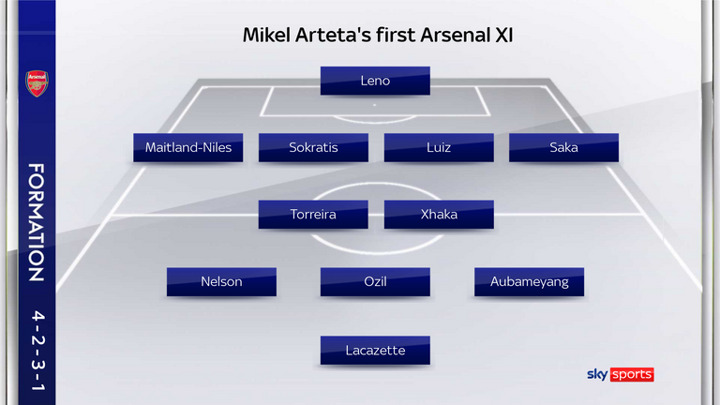 Of the 11 starters and seven substitutes involved in Arteta's first game in charge, a 1-1 draw with Bournemouth on Boxing Day last year, all but four remain at the club. And of the four not there - Emi Martinez, Matteo Guendouzi, Lucas Torreira and Konstantinos Mavropanos - three are only on loan.

Arteta has been lumbered with players he is unable to shift, but his own recruitment record is patchy.

Gabriel Magalhaes and Partey look like fine additions Arsenal will be able to build around in the future. But Arteta also pushed for the signings of Willian and Cedric Soares, agreeing to hand them contracts which will take them up to their 34th and 33rd birthdays respectively. Willian has made an inauspicious start, while Cedric has only played five Premier League minutes all season.

They are decisions which risk putting Arsenal back in the same awkward position they are in now.

Arteta will hope to carry out a cull of unwanted senior players at the end of this season, with Ozil and Sokratis among those reaching the end of their contracts. But it is just as important that he and the club's decision-makers bring in the right signings to replace them.

No quick fixes for Arteta

Arteta talked about Arsenal's battling 1-1 draw with Southampton on Wednesday as a potential turning point for his side. But if his first year in charge has taught us anything, it is that there will be no quick fixes to Arsenal's long-standing problems. It will take time to resolve them.

Their recent form has left Arteta under pressure and there are likely to be more setbacks to come, but the club are fully invested in him. The change of his job title in September, from head coach to manager, was significant. It extended his influence beyond the training pitch. The club's executive team was streamlined to accommodate him.

Abandoning the project now would make little sense for a club in desperate need of some stability. And besides, for all the issues Arteta has encountered during his tenure so far, there have been plenty of positives too.

Winning a trophy is such testing circumstances last season was a fantastic achievement. And while their confidence levels may have dropped lately, there can be little doubt that the players see Arteta's managerial potential. The consensus as recently as a few months ago was that he was destined to become one of the best in the world.

He has taken on a huge challenge as his first job, but he is well regarded outside of the club too.

Pep Guardiola, his mentor at Manchester City, continues to champion him. There was glowing praise from Jose Mourinho after the recent north London derby. Marcelo Bielsa, meanwhile, has talked up his tactical acumen. "If you watch Arsenal closely, they show things that I have never seen in any other team," he said last month.

Of course, those words of praise will count for little if Arsenal are dragged into a relegation battle. But Arteta deserves time to turn things around. It will only be fair to judge him when he has overhauled the squad and pieced together a side which looks more like his own. The challenge now is to muddle through until then.

Arteta proved his credentials at Manchester City under Pep Guardiola but being a manager is a much different thing. He went in as the coach, now he's the manager which makes a difference - maybe not the wisest move by Arsenal - he has had to learn on his feet.

He's encountered a lot of problems. There was an awful lot behind the scenes to repair. It had been a long-standing situation, going back to the Arsene Wenger years. I think people weren't made accountable enough, habits had become a little sloppy, there wasn't a winning mentality there, and Unai Emery wasn't able to instil that. He had this communication problem and he lost the faith of the players - and when that happens there's only one way it's going to end.

Arteta, at the moment, he's struggling to keep the faith of some players, I think there are one or two going behind his back saying why's he doing this, why's he doing that, we're not sure he's up to the job. And he's got to cope with that. He's got to deal with it and show his authority. It's not easy for a rookie manager.

They've got to stick with him. It's difficult because Arsenal haven't got much money. They've got to be creative in the transfer market to turn over that squad - and the squad does need turning over. It's going to be a long-standing thing. The FA Cup gave him some credit in the bank and some of those performances at the end of last year - and I know they've got a tough fixture list coming up - you'd hope they can get back to that organisation, that tough, gritty resilience that he instilled in order to beat Man City and Chelsea to win the FA Cup.

At the moment they're stumbling in the dark but he is a good coach and he needs time to deliver what he wants on that training ground and on the pitch.

This week on the Pitch to Post Preview Podcast, Peter Smith is joined by Sky Sports News reporter Alan Myers and Sky Sports pundit Alan Smith to analyse Carlo Ancelotti and Mikel Arteta's work at Everton and Arsenal, ahead of their one year anniversaries.

Who has done the better job? We also hear from SSN reporter Paul Gilmour on whether Tottenham will bounce back from a frustrating week against Leicester - and the latest on Gareth Bale's fitness and Dele Alli's future.

Listen to the Sky Sports Pitch to Post Podcast on: Spotify | Apple | Castbox