Quique Setien is known for his unique take on systems and formations but his tinkering since taking over at Barcelona has yet to unveil a standout option.

Injuries to Luis Suarez and Ousmane Dembele as well as the inability to bring a new forward player have made life tough for the former Real Betis boss.

"We may weigh up some changes in formation, but the philosophy will stay the same," he said in his presentation as the new Barcelona head coach.

He sprung a surprise in his first game against Granada, with a line of three centre-backs, one of whom was Sergio Roberto, then Jordi Alba and Ansu Fati on the flanks. 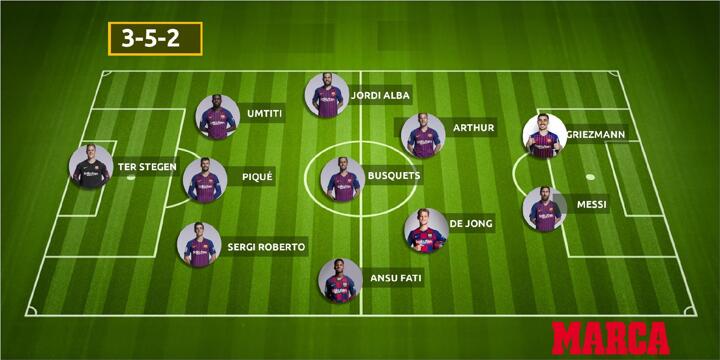 The team picked up a narrow win that day, and the same formation brought a similar result against UD Ibiza in the Copa del Rey. But it was the last we saw of the 3-5-2 after it failed at Valencia in a 2-0 loss.

He reverted to Barcelona's typical 4-3-3 in the next game, with Nelson Semedo at right back while Ansu returned to the attack, with Antoine Griezmann in a central role.

They beat Leganes with their best performance under Setien, and it looked as though something had clicked. 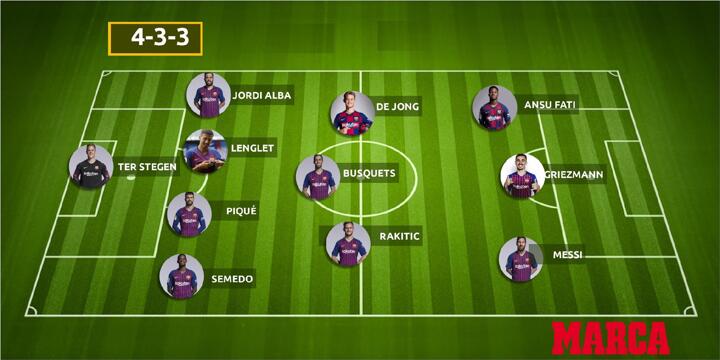 Shortly after, Barcelona faced Levante at the Camp Nou and the hosts, after an almost perfect first half, collapsed in the second, winning the game but only just.

The 4-3-3 was also used at Estadio San Mames but their imprecision in front of goal and Inaki Williams late strike saw them crash out of the cup, despite a good team display.

On Setien's return to the Estadio Benito Villamarin, he went for a new system, the 4-4-2 with a diamond in midfield that saw Arturo Vidal lead the press.

Barcelona generated a lot of danger in attack but they looked vulnerable in defence without Gerard Pique. 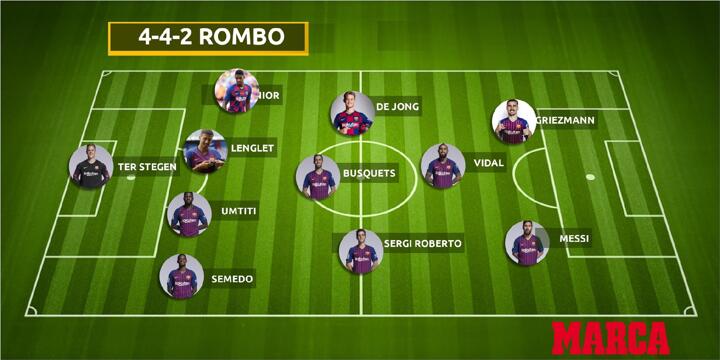 The formation brought out Frenkie de Jong's best game as a Blaugrana player, in which he also got on the scoresheet.

The system itself failed to convince, yet it is unlikely to have been the last formation that Setien tests this campaign as he looks for the perfect formula.