The ghosts of Anfield 2019 continue to haunt Barcelona, souring the successes, amplifying the failures, and driving the club into crisis despite the fact that they are top of La Liga. 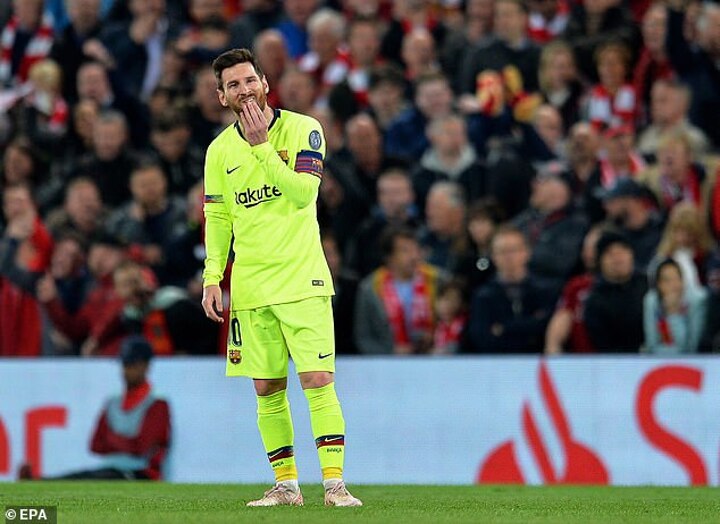 Pep Guardiola was right when he said on Sunday: 'It's a special club where winning the league is not enough.' Guardiola won the Champions League twice in his four seasons, and Frank Rijkaard before him and Luis Enrique after him also reached the summit of European club football.

Ernesto Valverde has failed to come close and that is why, despite being top of the league, he is going, going, and quite possible gone before the end of Monday. 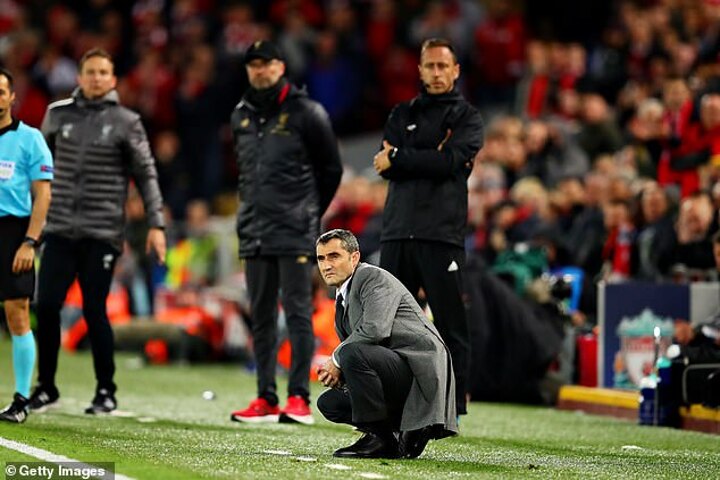 He fell short in 2018 when Barcelona were beaten 3-0 by Roma and knocked out of the Champions League.

His mission was to fix the problems and make sure it never happened again but 13 months later he was sat in the Anfield press room wearing a forlorn look on his face and saying: 'The most painful thing is to repeat [the mistake] of a year ago.'

Barcelona's capitulation against Liverpool in last season's semi-finals left the club on its knees and no one more so than Lionel Messi, who had scored twice in the first leg but was to be denied the final he craved and had publicly all but promised supporters at the start of the season.

When Barcelona failed to hold a 2-1 lead against Atletico Madrid in the Spanish Super Cup last Thursday, there were flashbacks to the defeat at Liverpool. Again there was an ineptitude that Valverde could do nothing about.

Behind the shameless pursuit of his successor - while he continues to put the cones out at the club's training ground - are a myriad of problems but the biggest is the fear that even though the team are top of La Liga, as soon as another Liverpool come along they will steamroller Valverde's team just as Jurgen Klopp's side did.

The signs have been there in Barcelona's shaky away record this season – they have only won four of their 10 away matches with three draws and three defeats. 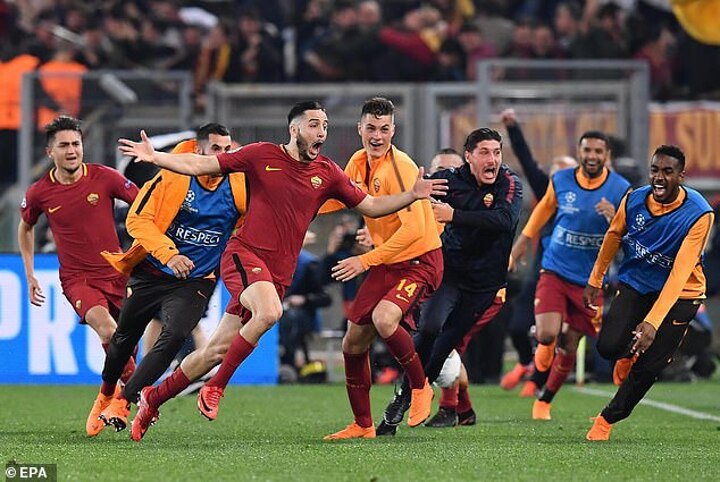 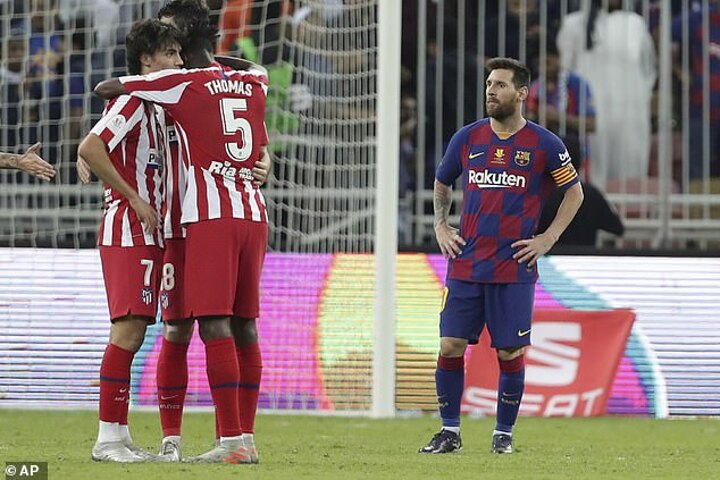 The criticism of Valverde centres on a perceived over-reliance on Luis Suarez and Messi that has left him reluctant to take them off in games or find alternatives so they can rest and save themselves for big matches.

That reluctance was there for all to see in the Catalan derby at the start of the month. Barcelona were defending a 2-1 lead with 10 men against Espanyol. He kept both on the pitch and played out the remaining minutes with a 4-3-2 formation.

A stronger coach would have taken one of them off and defended the lead with a 4-4-1 but Valverde almost never takes Messi and Suarez off. Barcelona conceded late on – two more points dropped.

His failure to manage the pair's final years in the way that Zinedine Zidane managed Cristiano Ronaldo's last season at Real Madrid, leaves him open to criticism. 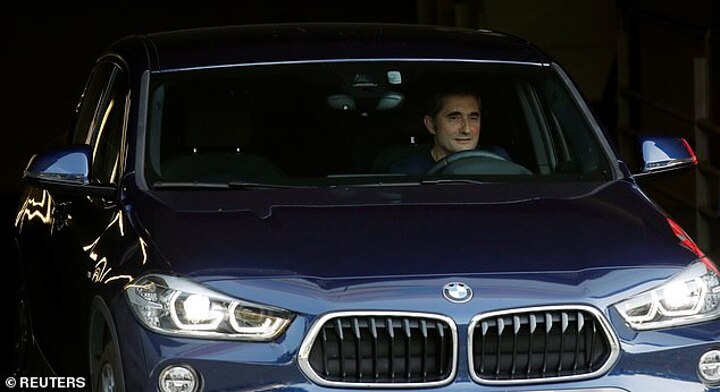 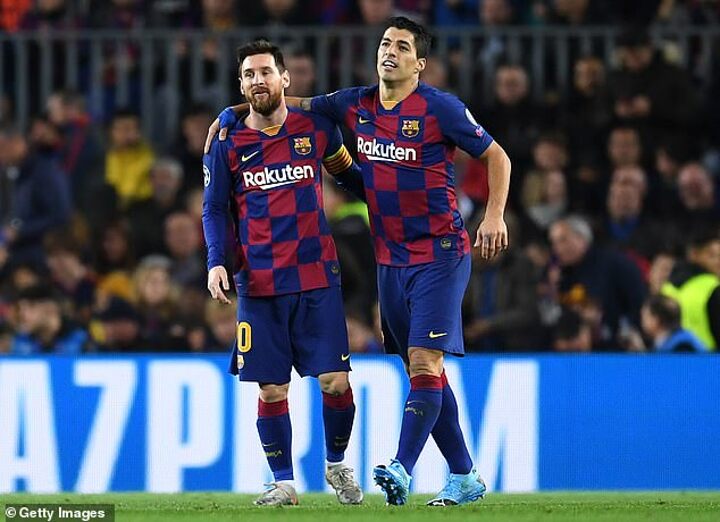 Suarez is now out for four months with a knee injury. Valverde could argue that one of his reasons not to rest the club's second leading scorer is that – despite the money invested over the last three years - there is a lack of alternatives.

Antoine Griezmann is not happy playing in Suarez's No 9 position and Ousmane Demebele, who could be asked to come in as a goalscoring winger with Messi returning to a 'false nine' position, remains injured.

Over £300million was spent on Griezmann, Demebele, and Philippe Coutinho, who is on loan at Bayern Munich, but the return has been poor.

In midfield Barcelona have similar problems. Sergio Busquets is coming to the end of an extraordinary career but, like Suarez, when rested to save him for the more important games he is hugely missed. 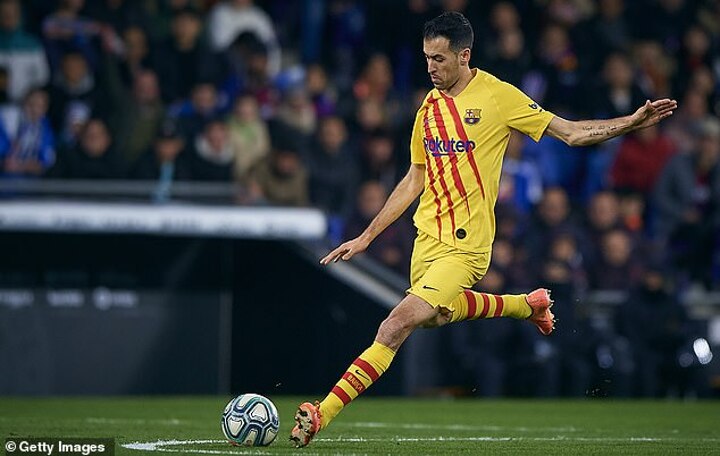 Frenkie de Jong looks the club's best signing since Ivan Rakitic, Suarez and Marc-Andre ter Stegen were brought in the summer of 2014.

But De Jong, for the moment, is better alongside Busquets than playing in his place where more positional discipline is essential.

Off the pitch Barcelona are also reaching the end of an era. Bartomeu must give up the presidency next year and the candidates are slowing taking up positions.

One of those is Victor Font, who plans to offer Xavi Hernandez as 'his coach' if he wins the election. Part of the grab for Xavi at the weekend was designed to ruin that plan. Font described it as a 'lamentable episode'. 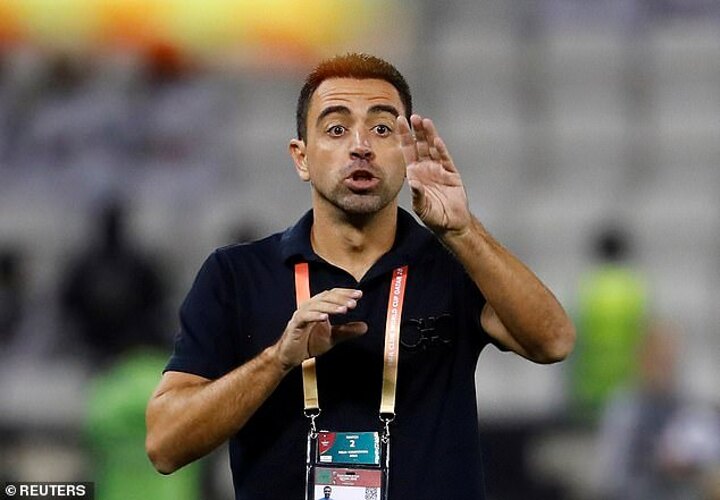 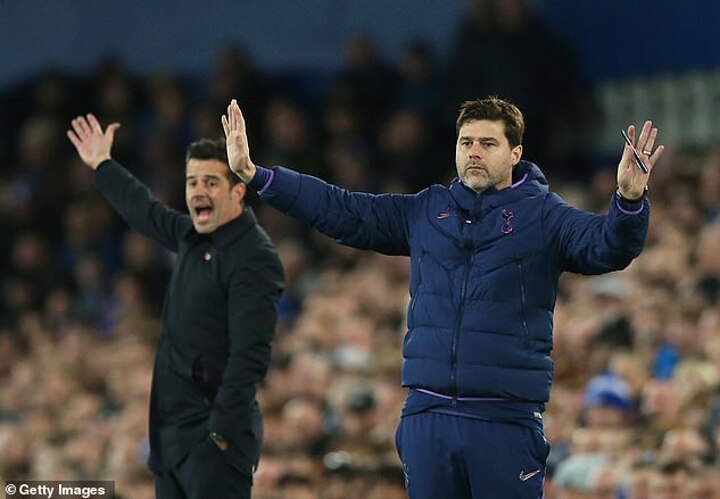 Beyond the justifiable doubts over Valverde's Champions League credentials, there is a sense that his public humiliation by his board was not the first 'lamentable episode' in recent history.

The very public, and doomed to fail, attempts at bringing back Neymar were also undignified for a club of Barca's size.

This most recent mess leaves the club in an awkward situation: there is a coach who lacks authority; if he stays after the public attempts to replace him he will have even less authority; and if he is replaced by a caretaker manager then the new man will carry even less weight than the coach he has replaced.