Pep Guardiola took charge at Barcelona in 2008. He was an unproven candidate at the highest level but his understanding of the club's values and principles helped him land the job. 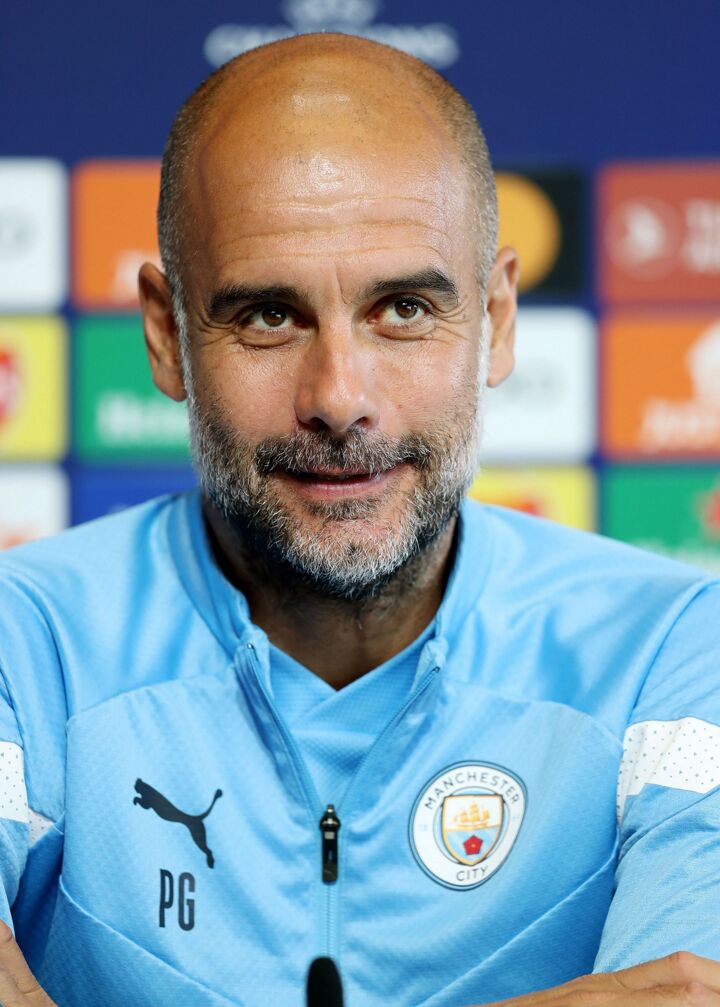 Ever since his playing days, Guardiola was a player who believed in the famed Johann Cryuff philosophy - pass the ball, keep possession, and make the game simple.

He brought the same culture into the first team at Nou Camp, introducing unknown youngsters into the squad. His humble approach did not match well with some superstar egos at the club, who were quickly shown the door. In came the manager's chosen players like Gerard Pique, Sergio Busquets, and Andres Iniesta amongst others.

His Barca team began slowly but remained faithful to their philosophy. Aberrations were ommitted to ensure the players played on a similar beat - no one was bigger than the team.

As time passed, his team took shape and quickly started to dispatch opponents with absurd ease. The same pattern of play, which had been drilled in with great accuracy, blew away oppositions who had no answers to the Spaniard's setup.

Looking back at his four-year-reign at Nou Camp, his Barcelona team is perhaps the best footballing unit to ever play the game. He ended his tenure at the club in 2012, after winning the league thrice along with two Champions League titles.

Guardiola had already established himself as one of the most fearsome tacticians in Europe. He took a year-long break from the game before returning to management with Bayern Munich.

In Germany, his name commanded respect and the superstars at the club knew better than to argue. They were taken with his footballing knowledge and followed his leadership with faith. The results were laid bare as Bayern romped to three league titles in three years. European delight, however, was left unfulfilled.

Guardiola's challenge had appeared to become rather easy, which might have prompted him to move to England. The Premier League - famed for its competitiveness - welcomed the master tactician.

The challenge was laid bare as Guardiola's philosophy faced its toughest test in England. He lost the league title to Antonio Conte's Chelsea, whose pragmatic approach had brought immediate success at Stamford Bridge.

Questions were raised over the City boss' credibility once again, with some critics suggesting that he adopt a more pragmatic approach to survive in England, and thereby abandon his philosophy.

He did no such thing. He tampered a little with the playing style, opting to actively avoid horse-shoe possession football, but City in the bigger picture continued to resemble a typical Guardiola team.

The reward was there to be seen in the next two seasons, as City won consecutive league titles, dispatching opponents with absurd ease. In came his next challenge in the form of Jurgen Klopp with Liverpool in 2019.

The German boss had assembled his Red army of warriors, whose heavy metal football disrupted Guardiola's silky passing orchestra. Once again the Spanish tactician bested his opposition over the long haul as City won two more titles in the last three seasons.

Numerous challenges over the years has hardened Guardiola's managerial experience. Yet the beauty continues to lie in the simplicity of his football. He has done all he can to protect the core philosophy and it has given the world a manager who is a serial winner.

His domestic track record is better than almost any other manager in the game and he will go down in history as a football purist. However, there remains a rather sad asterisk next to his 'best manager in the world' title.

For all his dominance in the league, his last European title came in the 2010-11 season. He won two Champions League titles with Barcelona and has since failed to emerge victorious for a third time.

It is not as if his team stop playing their typical fluid football in Europe. Even in the season when City lost the Champions League final to Chelsea (2020-21), Guardiola's men had won 11, drawn one and lost one (the final) game in the competition.

City's falterings have all come in the knockout stages, with most of them happening in the space of a few minutes. It is a well-proven knowledge that a Guardiola team cannot be dominated for long (he simply drills them too well to be outmatched). However, where his players fall short is losing their concentration or their nerve during small bursts of play.

So what happens to Guardiola's teams in the Champions League?

The answer had inevitably been written in the early days of Guardiola's managerial career. This was a coach who wanted control - over his team and his players and the way they will think on the pitch.

In his relentless desire to keep the opponents off the ball, he needs all his XI players to follow instructions to the letter. Everyone is designated a position on the pitch, which they are then forbade from leaving in order for the team to perform better. It is not wrong, in fact it is exemplary coaching. However, the problem lies in the side-effects of this training.

Such rigid tactical set-ups stop players from innovating on a regular basis. They repeat their drills from training, which makes them look good when in possession. However, when a little extra is needed to break down the opposition, Guardiola's players are left without an answer.

Over weeks of intense, specific tactical training, these professional footballers grow rusty over their ability to innovate on a daily basis. This allows the opposition to settle in peacefully once they have nullified the predictable threat from Manchester City.

It is to be noted that more often than not nullifying this threat is impossible. However, when the oppositions do find a way, Guardiola's teams are left more disabled than their rivals on the pitch.

The relentless drive to avoid 50-50 situations in a match works against Pep's teams on the rare occasions they surface. Guardiola does not himself hold back his players but his system involuntarily affects the players from thinking outside the box in crunch games.

This system is exactly what gives them success in a 38-match competition over the course of the season (the league titles). However, it works against them in crunch knockout games where confidence, nerves and the ability to innovate come at a premium.

Guardiola's teams are invincible when the plan is working. However, Champions League football is more than tactical training. It is about understanding pressure, taking advantage of it, and sometimes about making pivotal decisions that come at great risk. As the Spaniard probably knows by now, the best team does not win the Champions League, the most effective team does.

Knockout games at the highest stage require players to improvise and go beyond. This gives them the confidence to make things happen on the pitch. Guardiola's teams are not good at impromptu decision-making. He has plans and more plans to back those up - but his team falters under chaos. This is exactly how Real Madrid beat them in the Champions League last season.

Having analyzed this angle of weakness in his game, the idea still remains that he should not change his set-up to pursue Champions League glory. A football purist, as he is seen, is defined by his loyalty to the cause.

Guardiola's defeats have come via chaos and rigidity. However, there should remain hope that his system itself is perfect and that day might not be far away when the 13-game Champions League campaign goes by his plans instead of resigning to chaos.

Until then, Guardiola remains the perfect manager who failed to conquer Europe.