Back in the days when Paul Pogba wore the strip of a Juventus player and liked, every so often, to take a two-footed lunge at Sir Alex Ferguson in the Italian newspapers, he made the following revelation. 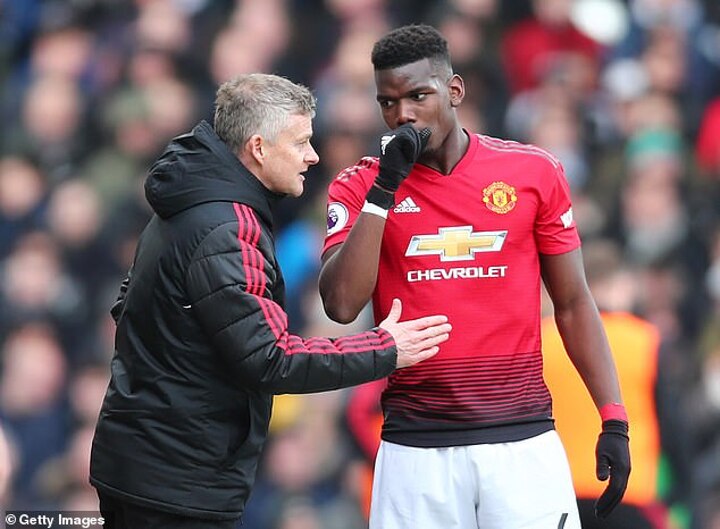 'My team-mates gave me the nickname Mandela,' he claimed. 'Because I was opposed to Ferguson. But I would say no to Obama, too.'

If Pogba knows his history, he will know that Nelson Mandela made the step from dissident to liberator and then to a unifying statesman.

Pogba, however, remains firmly in the former category. It is now three years since Manchester United took the remarkable step of making Pogba the planet's most expensive midfield player and, quite simply, the return has been poor.

Pogba is, evidently, a player capable of great things. An NBA athlete with Brazilian feet, he is blessed with athleticism, pace and power. He has developed outstanding technique.

Yet a player capable of great things does not equate to being a great footballer. As a modern day midfielder, the greatest players are those who dictate the pace of game or destroy opposition momentum and protect against the counter-attack.

Pogba, by contrast, does neither of these things to a world-class level. He decorates occasions, a marvellous pass here, a flick for the showreel there, but it is rare that he defines the course of matches in a United shirt. And, in truth, how many of those sprint into the mind?

There were two goals when United came back to defeat Manchester City last season under Jose Mourinho and there was an all-conquering performance in a victory at Chelsea in the FA Cup under Ole Gunnar Solskjaer. Beyond that, complete midfield displays are hard to trace.

During the past two months, as United's form fell off a cliff, Pogba has been missing in action and his presence has become a cause for consternation. On Sunday evening at Old Trafford, matters escalated and it was all rather unedifying.

Pogba, bare-chested and wearing his look-at-me pose, stood and listened as one disgruntled United supporter shouted: 'Ole, get him out... you're f*****g s***.' Pogba responded with sarcastic applause. 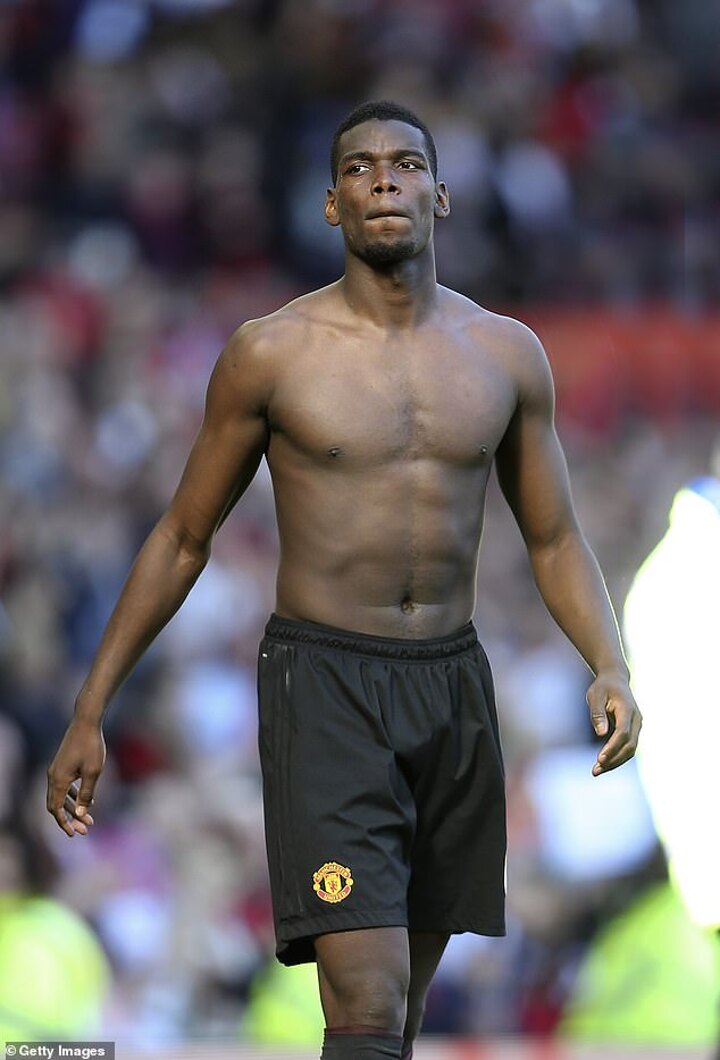 It is unusual, to say the least, to see home supporters at Old Trafford turn on their own in such visceral fashion. Yet United are in an almighty mess and Pogba is front and centre of a team that supporters have grown to actively dislike. For those who scrimp and save to fund their passion on the terraces, Pogba is the posterboy of a set of players more interested in the billboard than the scoreboard.

When Jose Mourinho declared all-out war in the first half of the campaign, many United supporters were prepared to take Pogba's side, or at least take a balanced view. After all, Pogba was not the first to fall foul of Mourinho and we needed only to see the form of Kevin De Bruyne, Mo Salah and Eden Hazard to see how a player's form can lift off when relieved of Mourinho's grip.

Yet deep down, concerns lingered.

For his first eighteen months at Old Trafford, Mourinho indulged Pogba, arguably to the point of excess. He signed Nemanja Matic, believing that the Serbian's presence and brain would excuse Pogba's positional ill-discipline. When Pogba was unable to play in a two with Matic, he then also introduced Ander Herrera's energy into a midfield three, allowing the Frenchman to drift left into a preferred position. There were moments where it worked out, but nowhere near enough and, eventually, Mourinho concluded that the player could not be trusted and handicapped his own team.

The on-field worries were amplified by matters elsewhere. Mourinho instantly disliked United's presentation upon signing Pogba. The Twitter hashtag #Pogback and the accompanying viral videos baffled a manager who knew the Frenchman's last meaningful exchange with the club had involved Ferguson calling Pogba's agent, Mino Raiola, a 't**t' in his Carrington office. 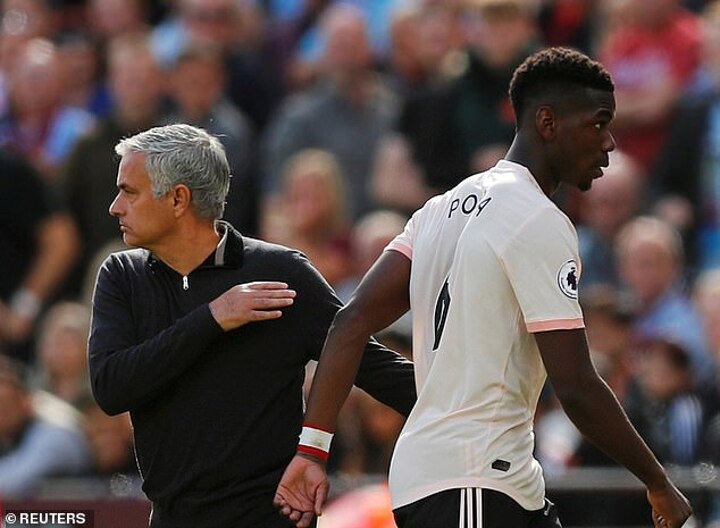 Pogba speaks of wanting to be the world's greatest footballer but his wanderlust is peculiar. He is a man who always appears to be chasing the next move, rather than confronting what he can do in the here and now.

Off the field, he does not drink and his social life is quiet but in December 2017, a member of United's staff had to drive to Pogba's house to get him out of bed when he did not turn up to a warm-down session.

Little things matter, too. Some United players find it strange, for example, that Pogba's Twitter account makes no mention of the fact he plays for Manchester United. 'Proud to represent adidasfootball across the world,' he says, while his picture is in French colours.

The tangle between Jose Mourinho and Pogba was cast as a crucial war for United's spirit and soul. Mourinho was perceived as the backwards baddie thwarting United's free-wheeling ambitions while Pogba was the cavalier throwback urging United to 'attack, attack, attack' after one morale-sapping draw against Wolves. Yet Pogba, too, has undermined United's traditions.

If we are inclined to believe Pep Guardiola's version of events, then in January 2018, Pogba's agent Mino Raiola offered his client to United's rivals Manchester City. An agent acts on the instructions of his client and considering the two are still in tandem, there is no discernible sign that Pogba opposed Raiola's move. 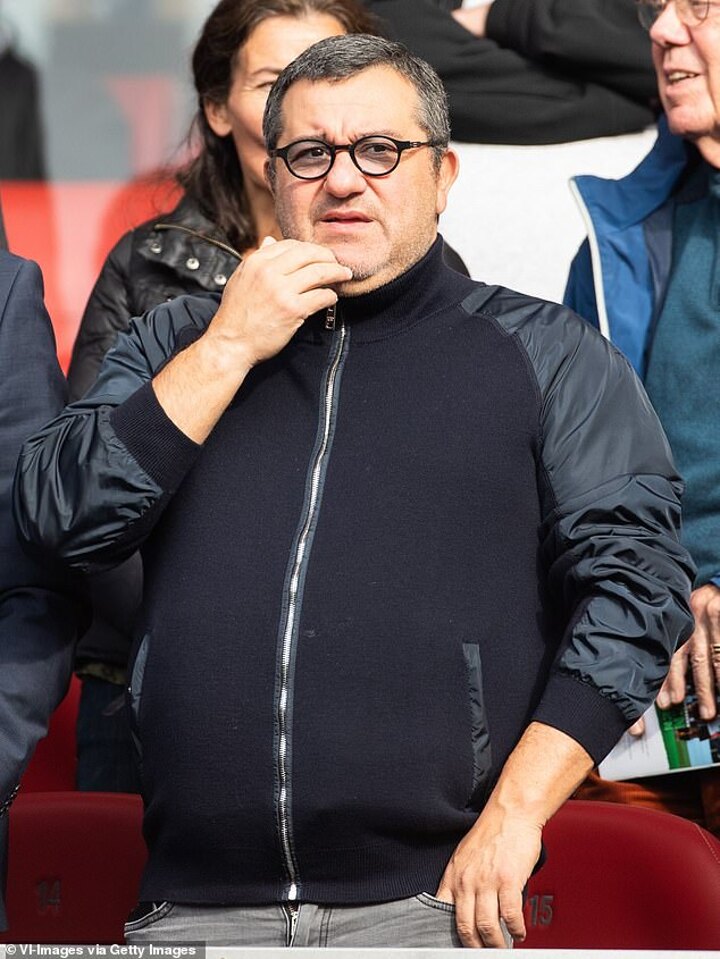 It is possible to believe, therefore, that both Mourinho was the wrong man for United and Pogba has also harmed the United cause. Last summer Raiola engineered a transfer saga involving Barcelona but the private view of one Barcelona scout during that swirl of speculation sticks in the mind.

'We are a team that treasure the ball,' the scout said. 'Pogba gives away the ball.'

As such, he remained at Old Trafford. Yet Pogba is not the only person consumed by his superstar status.

At the Lisbon Web Summit, for example, United's director Richard Arnold excitedly told an audience that Pogba's signing attracted 615,000 Twitter interactions, compared to only 56,000 when Manchester City signed Kevin De Bruyne. United's hierarchy hero-worshipped a player who did wonders for the spreadsheet and they are as much to blame for the predicament as Pogba himself.

Last summer, it was abundantly clear that United had reached a stage with Mourinho where they no longer sufficiently trusted the manager to back him handsomely in recruitment or in his convictions over players such as Anthony Martial. From that moment, the manager was always likely to agitate. The flame was ignited and the house rapidly burned down.

Pogba and his dressing room acolytes felt emboldened, knowing that the club would take their side over Mourinho's and so the destructive forces amplified. After the opening match of the Premier League season against Leicester, Pogba told English journalists he would be fined if he expressed his true thoughts. After the second game of the season, he declared the players' attitudes in the defeat at Brighton was not good enough. Some praised Pogba for fronting up, others wondered why as a captain he was not up for a vital game.

Every international break yielded fresh comments about his future. In September, he said: 'I'm playing in Manchester at the moment, but who knows what will happen in the next few months.' 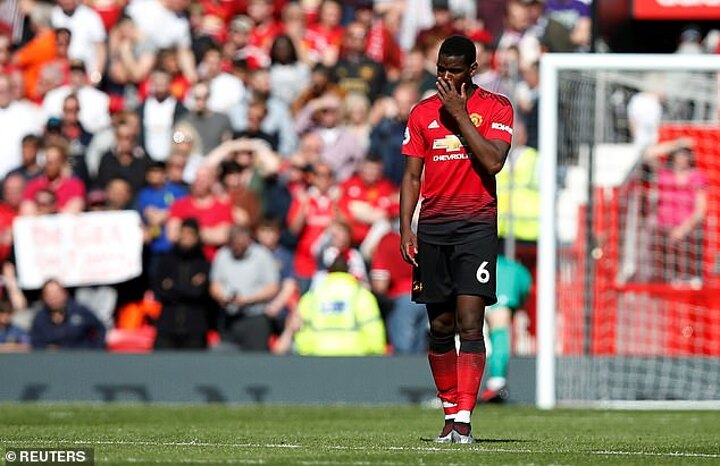 When Mourinho was then dismissed, a precedent was established. United's players dictate the fate of their coaches. In Solskjaer, it appeared Pogba may have found a kindred spirit. The Norwegian coached Pogba as a teenager in the United youth teams, he showered the Frenchman with praise and wished to 'build a team around Paul'.

Yet even Solskjaer has now discovered Pogba's less invigorating streak. The March international break brought flirtation with Real Madrid while Pogba's limitations as a footballer resurfaced. Pogba struggles when muzzled by a man-marking opponent, such as PSG's Marquinhos, and lets his team down by switching off at key moments, such as for Cardiff's second goal at Old Trafford on Sunday.

Pogba is not the only problem at Old Trafford. The boardroom is riddled by incompetence. Until now, Ed Woodward has lived a charmed life, somehow surviving six years of poor signings and misguided direction on football matters.

In Solskjaer, however, he may have hit a roadblock by recruiting a terrace icon. Solskjaer is a hero to the United support and it will take much more than an end-of-season slump to disrupt the affection in which he is held.

As such, the ire of United supporters will turn more acutely on the hierarchy and on the players in the search for scapegoats for the club's malaise.

On Sunday, it was Pogba's turn. He may not be the last.