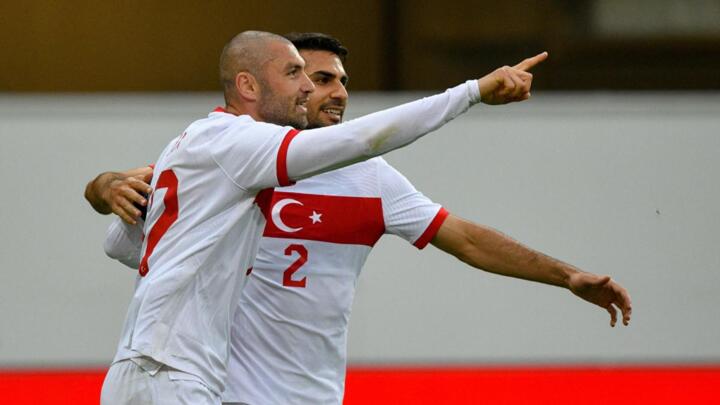 It may be a year late, but Euro 2020 is almost upon us and the opportunity for glory is just around the corner.

The usual suspects will be undoubtedly favoured by many, with France's squad seemingly stronger than ever, Portugal possessing a seriously talented group and England looking good as they bid to end their long wait for international success.

Similarly, Italy and the Netherlands are back on the scene after missing out on tournament qualification in recent times, while Germany will be hoping to bounce back from their World Cup humiliation.

Die Mannschaft were eliminated from the group stage of a World Cup for the first time ever by South Korea three years ago, and Joachim Low will be eager to restore some dignity in what will be his final tournament in charge.

But could the trophy actually end up being lifted by one of the unfancied teams? We all remember Greece's remarkable triumph in 2004, for example.

With that in mind, Stats Perform has identified some potential dark horses ahead of the tournament.

It's fair to say Turkey are a curious team in international football. They have reached the semi-finals in two – and come third on both occasions – of their past three major tournaments, which is impressive, but the caveat is that trio of qualifications spanned 2002-2018.

Euro 2020 will be only their fourth major tournament appearance out of a possible 11 this century across the European Championship and World Cup, and they disappointed at Euro 2016 as they were eliminated at the group stage.

But there are reasons for optimism this time, particularly given the encouraging amount of talent in a youthful squad – their average age of 25 years exactly is the lowest at the tournament, and it would be even lower were it not for the presence of 35-year-old Burak Yilmaz, who certainly isn't there as some kind of token 'Golden Oldie'.

The burly centre-forward proved plenty of doubters wrong in his debut Ligue 1 season with Lille, his 16 goals and five assists helping them to an unlikely title triumph. Those 21 direct goal involvements put him six ahead of any other Lille player, and his experience helped a Les Dogues team that was also on the young side.

Yilmaz became the first player to score at least 15 goals in his first season with Lille in Ligue 1 since Moussa Sow in 2010-11 (25), while his penalty at Angers on the final day saw him beat the record for the most goals netted by a Turkish player in a single campaign in the competition, set by Mevlut Erdinc in 2009-10.

Yilmaz's Lille team-mates Zeki Celik and Yusuf Yazici – the latter scored 14 club goals across all 2020-21 competitions from midfield – are also present, while Hakan Calhanoglu offers guaranteed creativity. The Milan playmaker created the most chances in Serie A (98) in 2020-21, while his nine assists came from an xA (expected assists) value of 8.5, suggesting that haul came from a place of consistency rather than luck.

But then Turkey also looked solid at the back in qualifying, their three goals conceded in 10 games was the joint-best record alongside Belgium, and Kaan Ayhan's three headed goals en route to the Euros wasn't bettered by anyone, meaning Calhanoglu's set-piece deliveries could be a real asset.

Senol Gunes is back at the helm having guided them to third place at the 2002 World Cup, and he may just fancy another upset 19 years on.

Ukraine are long-term underachievers at this level. They've failed to score in their last five games at the European Championship, the longest goalless run in the history of the tournament.

In fact, none of Ukraine's last 67 shots have ended in the back of the net. This, coupled with the fact their coach Andrey Shevchenko is the only player to find the net for them at the Euros (a brace against Sweden in 2012) highlights their biggest issue over the past nine years: scoring goals.

While the likes of Andriy Yarmolenko and Yevhen Konoplyanka – the latter of whom isn't in the squad due to injury – have good records, Ukraine have lacked a reliable goal threat in the central striker berth practically ever since Shevchenko retired.

However, in Gent forward Roman Yaremchuk they may have finally founded a suitable answer, with the 25-year-old heading into the tournament on the back of his best-ever season for goals, having netted 20 times in the Belgian top flight.

Those 20 strikes came from an xG (expected goals) value of 18.2 as well, so although he may have been fortunate once or twice, he would still have expected to get a good haul, which speaks to his reliability in front of goal.

Ruslan Malinovskiy of Atalanta is another interesting player. Something of a late bloomer, the talented central midfielder has been an important part of a wonderful Nerazzurri side this season.

While his Serie A-high 12 assists was considerably higher than his 6.7 xA, suggesting his passes benefited from particularly impressive finishing, that xA figure was still only bettered by only six players.

Similarly, his 57 key passes in open play was second only to Luis Alberto (59), yet it's worth bearing in mind Malinovskiy only actually started 22 matches.

At Euro 2016, the Czech Republic only managed one point as they failed to get past the group stage, and there will be plenty of people expecting them to crash out in a similar manner again.

Nevertheless, they're a country with a strong history in the competition given this is their seventh successive appearance at the Euros, a streak only Germany (13) and France (eight) can better.

Group D should provide them with opportunities as well. While England will be strongly fancied to finish top, Croatia aren't generally seen as quite the same force they were at the last World Cup, and Scotland, though possessing some talented players, are inexperienced at such competitions.

An area that could prove particularly useful for the Czech Republic in what could prove to be a tight group is their set-piece prowess. Seven of their 13 goals in qualifying were scored at set-plays – that's 54 per cent, the joint-highest ratio of any side to qualify.

That's not their only weapon, however. They do have talented individuals in the squad such as Jakub Jankto and Patrik Schick, the hard-working Tomas Soucek – who won more duels and aerials than any other Premier League player in 2020-21 – and a solid goalkeeper in Tomas Vaclik.

They also have something of a wildcard in their midst: Adam Hlozek.

Despite missing a chunk of the season through injury, Sparta Prague's Hlozek still managed to plunder 15 Liga goals in just 19 matches, and in April he became the competition's youngest hat-trick scorer with his treble against Opava.

He then finished the season with an astonishing four-goal haul against Zbrojovka Brno to finish as the league's joint-top scorer, though he also had six assists to his name. The 18-year-old is a complete striker if there ever was one, and he could be a potential breakout star for Czech Republic if he overcomes a pre-tournament injury.

Poland's situation in terms of grouping is quite similar to the Czech Republic. Spain will be expected to top Group E, otherwise it looks difficult to call between the Polish, Sweden and Slovakia.

Further to that, the runner-up spot will secure a second-round clash with the team that finishes second in Group D, which could potentially be the Czech Republic. It's entirely plausible that either of them could get as far as the quarter-finals thanks to a relatively kind draw.

Of course, there are lots of variables to consider before than and along the way, but Poland have the advantage of boasting arguably the world's best striker in their squad.

Sure, Robert Lewandowski has scored only one goal in his last 10 games in major competitions (World Cup and Euros), netting against Portugal in the Euro 2016 quarter-finals, but he heads into this tournament on the back of a remarkable season.

Lewandowski unsurprisingly also led Europe in expected goals – with his chances worth 32.2 xG – and expected goals on target, producing shots with a value of 35.8 xGOT.

He and Poland were arguably unfortunate to not reach the semi-finals five years ago as they were the only team never to trail at any point in Euro 2016, with their elimination by eventual winners Portugal coming via a penalty shootout.

If Lewandowski manages to carry over his Bayern form a little better this time around, who's to say they can't go beyond the last eight in 2020.